Feenstra will advance as the Republican nominee for Iowa’s 4th Congressional District, which consists of the largely rural northwestern part of the state.

The race was perhaps the most watched of the night, as many in King’s own party had endorsed his main opponent and were privately eager to see him fall. While King had the advantages that come with incumbency, Feenstra had the backing of most GOP organizations and his party’s leadership in both chambers of Congress.

King, a nine-term incumbent, had a long history of comments that were widely condemned as racist, bigoted and xenophobic. He was stripped of his committee seats early in 2019 after asking when terms such as “white nationalism” became offensive. 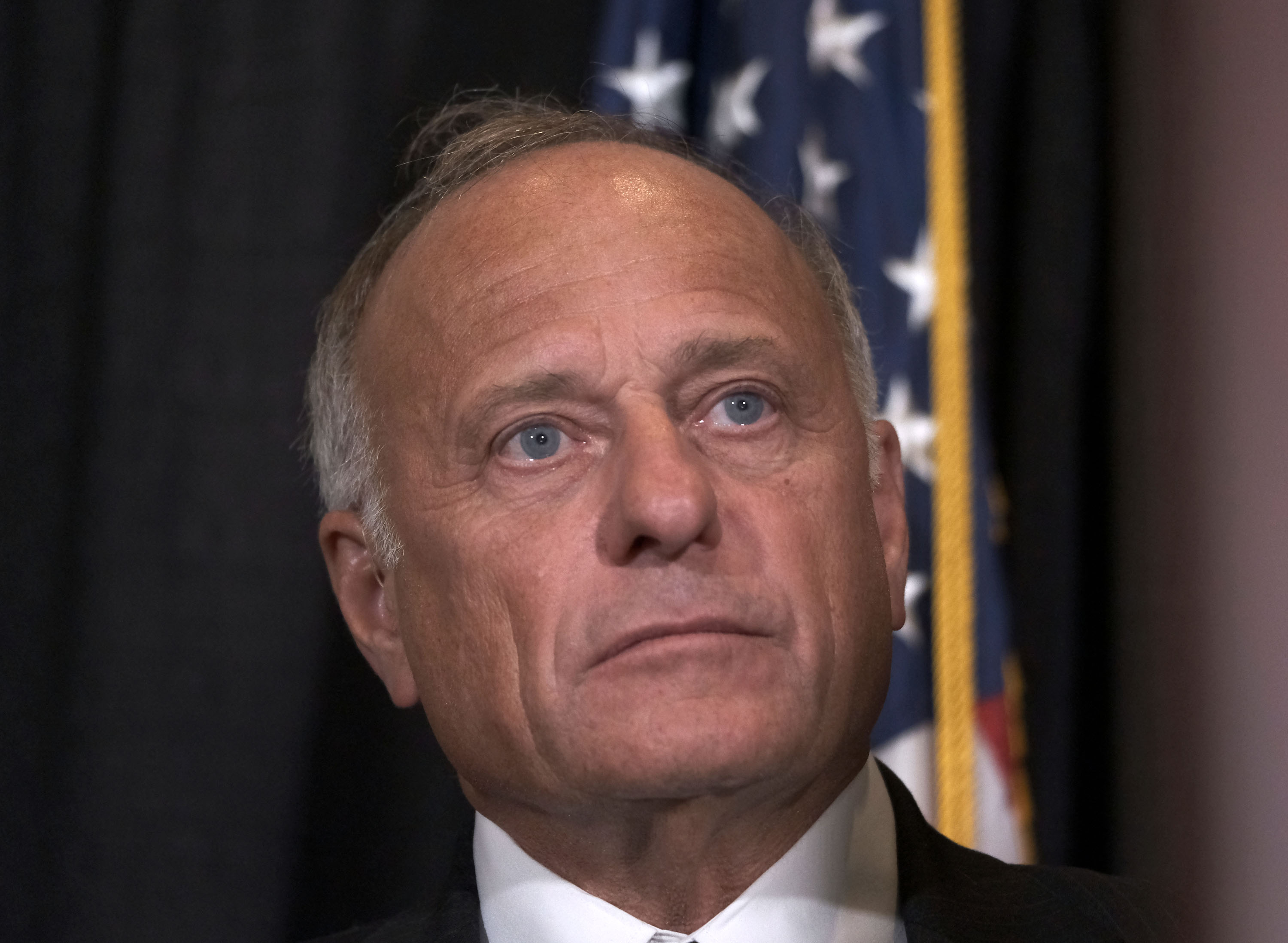 U.S. Rep. Steve King (R-IA) listens during a press conference on abortion legislation on August 23, 2019 in Des Moines, Iowa. King faced a backlash after he reportedly linked the world’s population to rape and incest. “What if we went back through all the family trees and just pulled those people out that were products of rape and incest? Would there be any population of the world left if we did that?” he was quoted as saying on August 21. (Photo by Alex Wroblewski/Getty Images)

King’s comments nearly led to him being censured by the House of Representatives in January of 2019, and resulted in bipartisan calls for him to resign. (RELATED: Iowa GOP Rep. Steve King Says He Will Run For Reelection After Losing His Committee Seats)

During the campaign, Feenstra had argued that King being stripped of his committees had made him an ineffective member unable to adequately represent his constituents. King had attempted to paint Feenstra as an embodiment of the “D.C. Swamp.”

Feenstra’s victory is a sigh of relief for many Republicans, as he was viewed as a much stronger nominee due to his lack of personal baggage.

Feenstra is now set to face Democratic nominee J.D. Scholten, who ran uncontested Tuesday night, in the November general election. As the 2018 Democratic nominee, Scholten lost to King by three points, only two years after King had won reelection by a whopping 22 point margin.