Democratic Massachusetts Attorney General Maura Healey suggested Tuesday that it would be a good thing for America to be burned down in riots for George Floyd’s death in a speech, a statement which she later repeated.

In a speech to the Boston Chamber during a virtual Government Affairs Forum, Healey spoke on the protests and riots across the country in response to Floyd’s death, who died while in police custody after an officer put his knee into the back of his neck for over five minutes while he was handcuffed and on the ground.

During her speech, Healey said “Yes, America is burning. But that’s how forests grow,” which she later tweeted out. This comes as countless businesses have been looted and robbed, police officers have been killed, and buildings have been set to fire in the protests following Floyd’s death.

Today in my address to the @bostonchamber, I spoke about how we must seize the opportunity we have right now to build anew in ways that rid us of the institutionalized racism that’s led to America burning today. pic.twitter.com/bJSXMahHyy

Republican Attorneys General Association Chairman and Louisiana Attorney General Jeff Landry responded to the comments in a statement, calling on her to stop encouraging violence. (RELATED: ‘We Will Not Be Cowed By Terrorists’ — Ted Cruz Criticizes Rioters, Says He Is Glad Trump Went To St. Johns Church Amid Protest)

“The wrongful death of any innocent life is a tragedy. That includes George Floyd and Ahmaud Arbery, and now the numerous law enforcement officers and business owners who have been killed or assaulted as a result of these riots and domestic terrorism. Criminal elements have infiltrated peaceful protests, and those individuals breaking the law must be held accountable.” 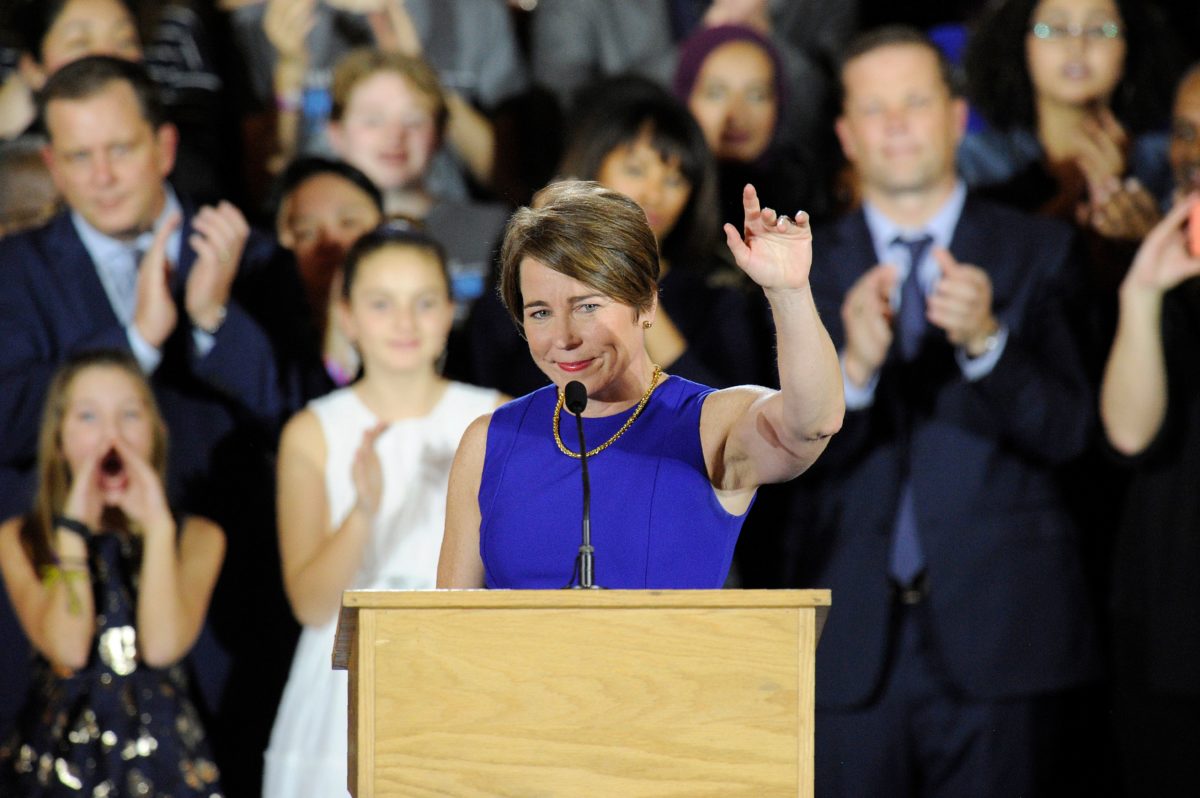 “Maura Healey’s inflammatory rhetoric is part of the problem, not a solution. An AG is elected to uphold the rule of law and protect life and property, not to violate their oath and incite additional violence by inflaming emotions and condoning lawlessness,” Landry added. (RELATED: Destruction, Vandalism Left In Aftermath Of Washington, DC Riot)

“AG Healey has an obligation to quell fear, not incite further damage and destruction. I call upon Maura Healey as DAGA co-chair to take down her campaign graphic and to quit fanning the flames of emotion for political gain.”