Phone data from about 400 activists in Michigan’s capital who protested coronavirus-related government orders was reportedly collected by a progressive advocacy group, but the same group has not collected similar data on George Floyd protesters.

The Committee to Protect Medicare and Affordable Care, under the direction of former Democratic congressional candidate Dr. Rob Davidson, used cell phone data generated by an application called VoteMap to track the movements of the rally’s attendees after they departed from the capital, according to The Detroit News.

This data was then allegedly used to map out exactly where they spanned across the state in an effort to generate data about the spread of COVID-19.

The progressive group did not seem to be interested in generating similar results from the wave of protesters moving through three major cities in Michigan, resulting from the death of George Floyd, an unarmed black man, who was killed by police. Over 1,000 protestors gathered in Lansing Sunday — the same location of the anti-Whitmer demonstrations and there has been no indication of location tracking, The Detroit News writes. (RELATED: Looters Argue With Armed Store Owners About ‘Why They Can’t Break In’ On Live TV)

“That doesn’t make sense,” Phil Robinson, the leader of a Michigan militia group, told The Detroit News. “They’re going to track us at the Capitol but nowhere else?”

The American Patriots Rally, which Robertson attended, was a protest in response to Democratic Michigan Gov. Gretchen Whitmer’s regulations on people and businesses amid panic from the sta-te about containing the spread of coronavirus. Whitmer, whose state is under lockdown until June 12, banned the sale of items such as garden hoses, vegetable seeds and furniture, according to Forbes. 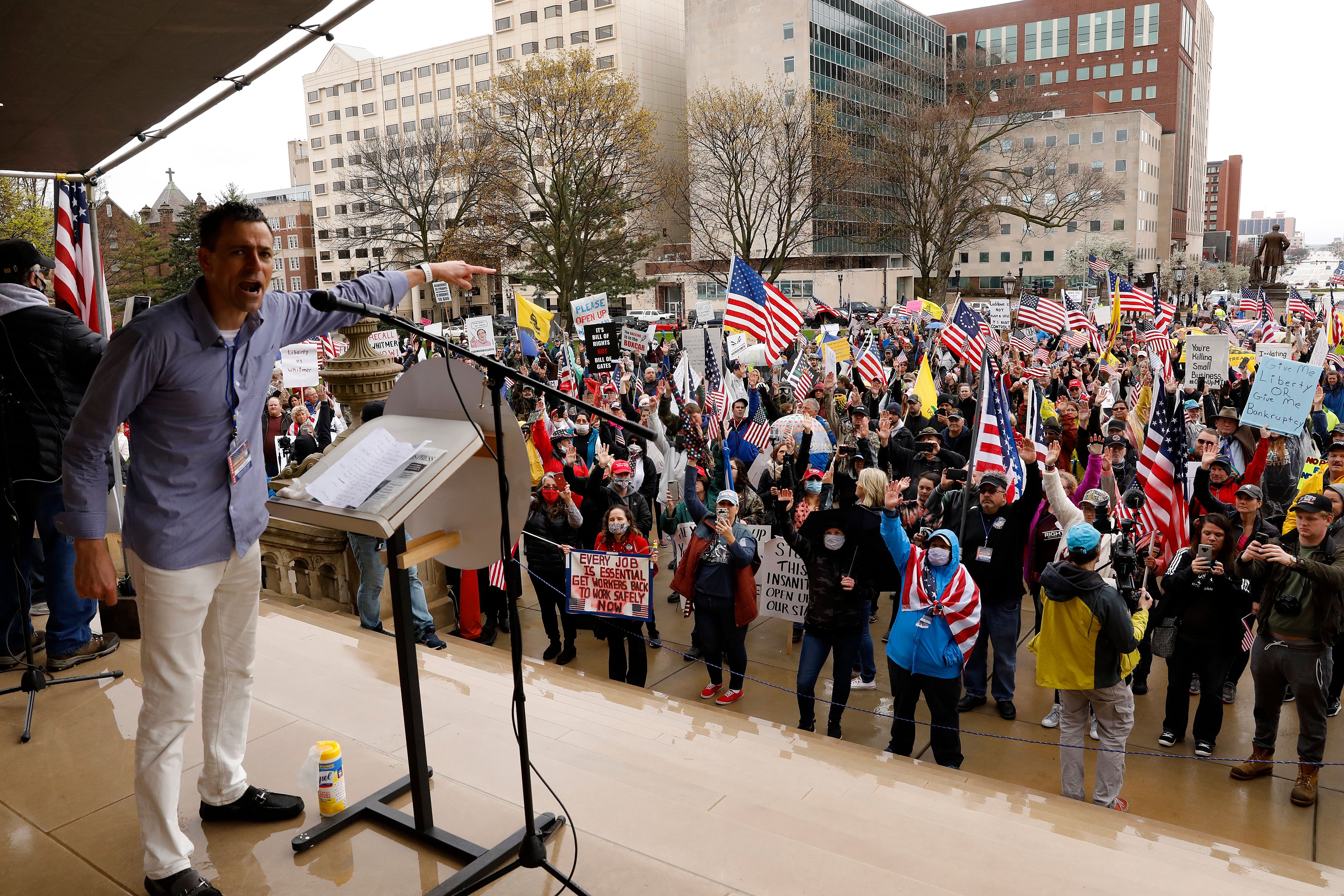 Ryan Kelley, a protest organizer, for the American Patriot Rally organized by the Michigan United for Liberty for the reopening of businesses stands on the steps of the Michigan State Capitol in Lansing, Michigan on April 30, 2020. (Photo by JEFF KOWALSKY/AFP via Getty Images)

Davidson said he witnessed the attendees “scatter across the state,” even tracking some of them as far as Indiana.

Robinson claims his liberties were infringed by Davidson’s group, claiming such data collection should be “illegal.”

“I’d have still showed up, but I would have left my phone at home. I wouldn’t have gone live on Facebook,” Robertson told The Detroit News.

However, The CEO of VoteMap, Jennifer McEwan, said someone must “opt in” to be tracked, so those that comprised Davidson’s data must have knowingly or unknowingly consented to the collection, The Detroit News writes.