President Donald Trump said Tuesday that he has no choice but to move the 2020 Republican National Convention from Charlotte after North Carolina Democratic Gov. Roy Cooper advised the Republican Party that it would need to plan for a “scaled-down” convention to protect the health of its participants.

RNC officials are now considering moving the convention to a venue in Nashville, Las Vegas, Orlando, Jacksonville or one of multiple locations in Georgia, according to CNN.

Multiple health experts told the Daily Caller News Foundation that it would be foolish for the party to commit to bringing 19,000 dignitaries together in an enclosed arena anywhere in the country, which is still in the early stages of reopening following months of coronavirus lockdowns.

“Packing 19,000 persons, from 50 states and DC, into an arena for four days during an ongoing pandemic would be grossly irresponsible,” Rutgers University microbiologist Richard H. Ebright told the DCNF. “With most of the 19,000 participants, including the candidates, being over age 50 and thus at higher risk of infection, it would not be surprising to see hundreds of new infections, possibly including the candidates.”

The RNC issued a letter to Cooper on Saturday saying it was contracted to host a “full convention” in Charlotte from Aug. 24 through Aug. 27, which entailed “19,000 delegates, alternate delegates, staff, volunteers, elected officials and guests” and “full hotels and restaurants and bars at capacity” to house and feed the dignitaries.

The letter added that the RNC put plans in place to conduct temperature tests, sanitize public areas and provide masks to attendees during the convention.

Harvard health policy researcher Thomas Tsai said the preventative measures detailed by the RNC would not entirely eliminate the risk of coronavirus spreading in a fully packed convention.

“Those things alone, they may decrease the risk but they don’t actually bring that risk down to zero,” Tsai told the DCNF. “In some ways, the message is it’s okay to put your lives at risk to attend this convention, and that it’s acceptable to knowingly put individuals at risk for COVID-19 infection if this convention is to go forward.” 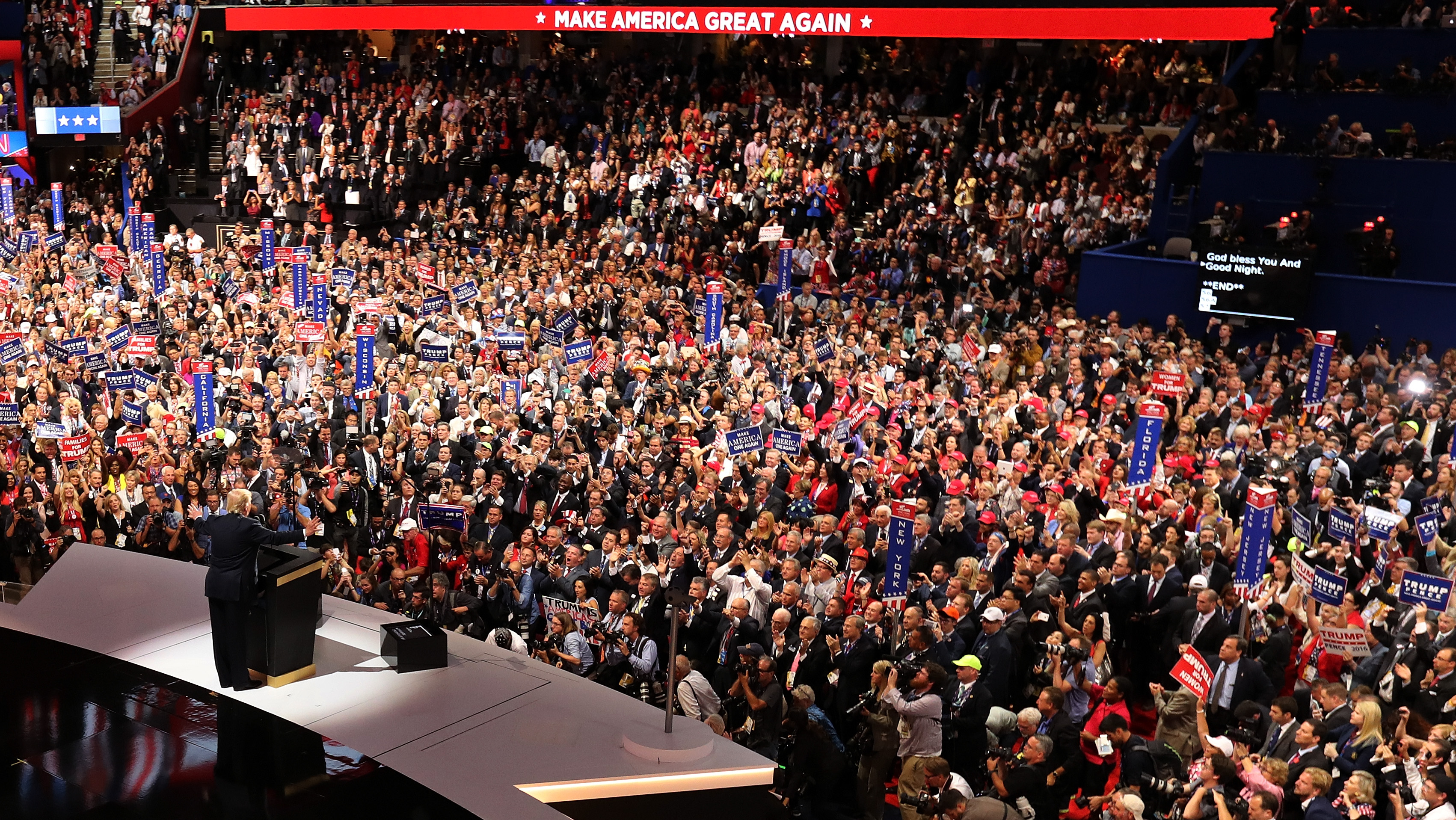 Tsai also drew a distinction between the health risks posed by a large gathering of people indoors during a political convention versus outdoor gatherings such as the protests against the death of George Floyd, a black man who died at the hands of a white Minneapolis police officer, which have gripped the nation for over a week. (RELATED: Here Are The Cities Handling The George Floyd Riots The Worst)

“There’s clear data from the last several months that the highest risk of transmission is from closed indoor environments where there’s long duration in close proximity of contact,” Tsai said. “That’s why nursing homes, prisons, food processing plant workers were so disproportionately burdened by COVID-19.”

Trump said Tuesday he was “forced” to seek another state to host the 2020 Republican National Convention hours after Cooper told the RNC on Tuesday that he could not guarantee that North Carolina would allow the convention to take place at capacity and advised the party to plan for a “scaled-down convention with fewer people.”

Vanderbilt University infectious disease expert Dr. William Schaffner told the DCNF that any public health official and infectious disease doctor would advise against bringing a large number of people from all over the country together to spend a substantial amount of time in close proximity with each other indoors amid a pandemic.

“Transmission occurs much more readily in enclosed rooms,” Schaffner said. “That’s why these large gatherings, whether they’re concerts or even athletic events such as basketball games that occur indoors, are the type of events that are the last ones to open.”

Schaffner also noted the danger posed by bringing thousands of people from across the country together for the convention, only to send them back home after possibly contracting the virus.

“If we’re talking about flattening the curve, reducing the risk, these are exactly the sorts of events that ought to not be occurring,” Schaffner said.

As the RNC scrambles to find a new location willing to host their convention at full capacity, the Democratic National Convention is weighing the possibility of holding a mostly virtual convention with a limited in-person presence in Milwaukee or conducting the entire event remotely, according to The New York Times.

The Republican National Convention did not return the DCNF’s request for comment.