Vandals desecrated a Boston monument Sunday that was dedicated to an abolitionist military leader and a black Civil War regiment.

The Robert Gould Shaw and 54th Regiment Memorial was defaced along with a 15 other monuments as rioters ran through the Boston Common, Boston NPR-affiliate WBUR reported Wednesday.

Although the front of the statue was protected with plywood, the posterior was defaced with profanity and slogans that included, “Black Lives Matter,” “No Justice, No Peace,” and “Police are Pigs.” (RELATED: Owner Of Gutted Minneapolis Shopping Center Tells Governor And Mayor: ‘People Will Uprise Over This’) 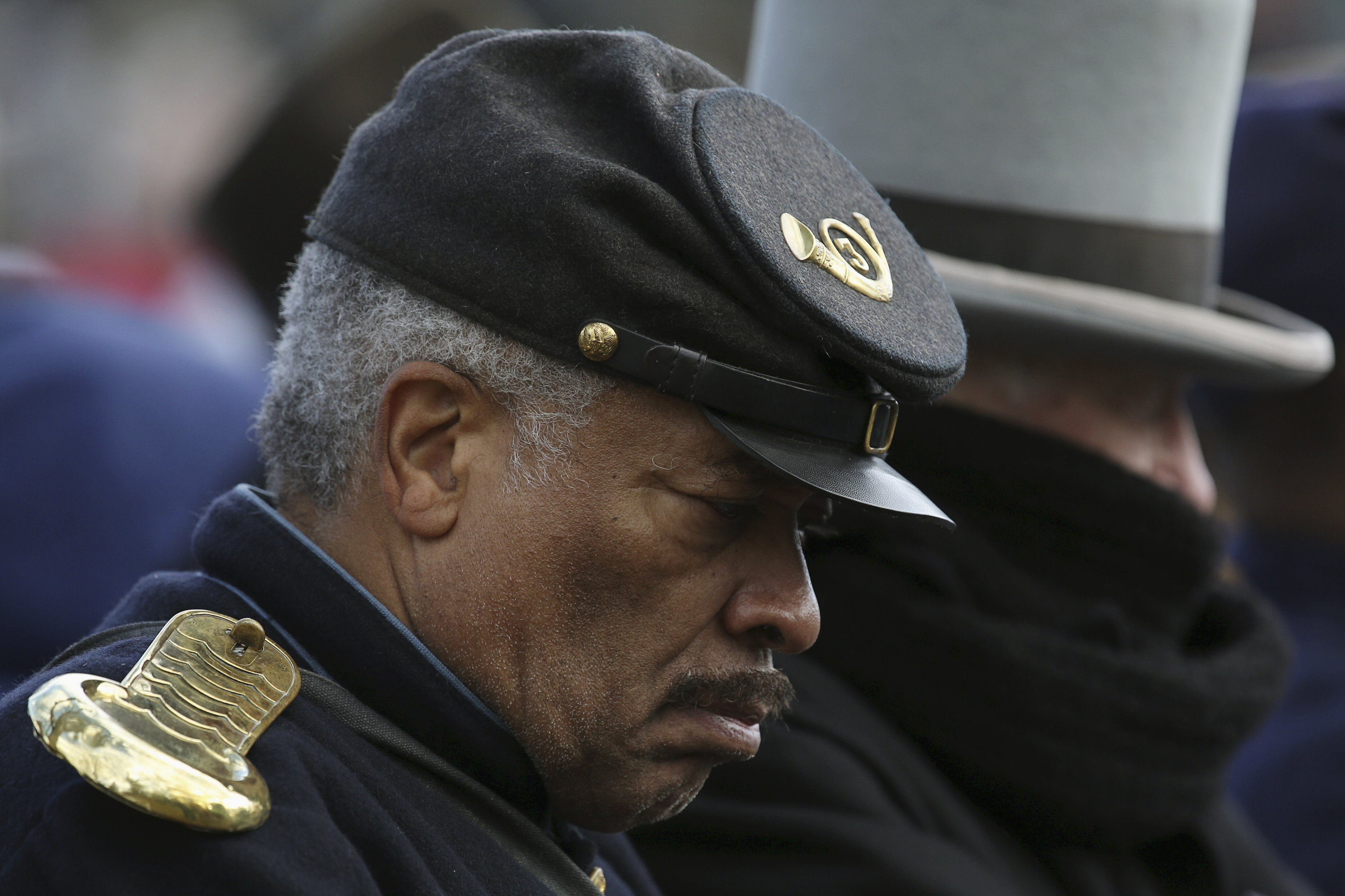 A re-enactor, portraying a member of the U.S. Colored Troops, a black regiment of African-American soldiers during the U.S. Civil War, listens to speeches at the Gettysburg National Cemetery in Pennsylvania November 19, 2013. REUTERS/Gary Cameron

The monument commemorates the heroic accomplishments of Col. Shaw and the black regiment that was placed under his command when Abraham Lincoln authorized blacks to fight in the war after releasing his Emancipation Proclamation — the beginning of the end of slavery in the United States.

The memorial was about to undergo a $3 million dollar restoration project that had been delayed due to precautions surrounding the coronavirus pandemic. The statue is shown in the 1989 film “Glory” that tells the 54th’s story and stars Matthew Broderick, Denzel Washington and Morgan Freeman.

Peaceful protests as well as riots and looting have erupted across America for over a week as people have reacted to the death of Minneapolis resident George Floyd after his arrest by police.

“This monument is considered one of the nation’s greatest pieces of public art and the greatest piece to come out of the Civil War,” Liz Vizza, executive director of the Friends of the Public Garden, told WBUR. “It was, amazingly enough, dedicated 123 years ago on May 31st – the day it was defaced.” (RELATED: Seattle Councilmember Says She Can’t Figure Out Why ‘Looting Bothers People’ When People Are ‘Dying Every Day)

The Friends of the Public Garden is responsible for 41 works of art in Boston Common — that commemorate important moments in Americans history.

“How do we make silent stone speak?” Vizza asked while suggesting there are “too many dead white men in parks.”

She described her mission as wanting to “help people understand the power in these monuments.”