German police conducted raids on dozens of people who are being investigated on suspicions that they posted hate messages on social media about a dead politician, according to the Associated Press.

Authorities in Frankfurt told the Associated Press that they conducted raids and questioning of 40 people who are suspected to have posted “criminally relevant comments” about Walter Luebcke, a German politician who was killed by a far-right extremist in June 2019.

Forty suspects are being investigated on suspicion of offenses like public incitement to commit crimes, endorsing crimes and disparaging the memory of the dead. 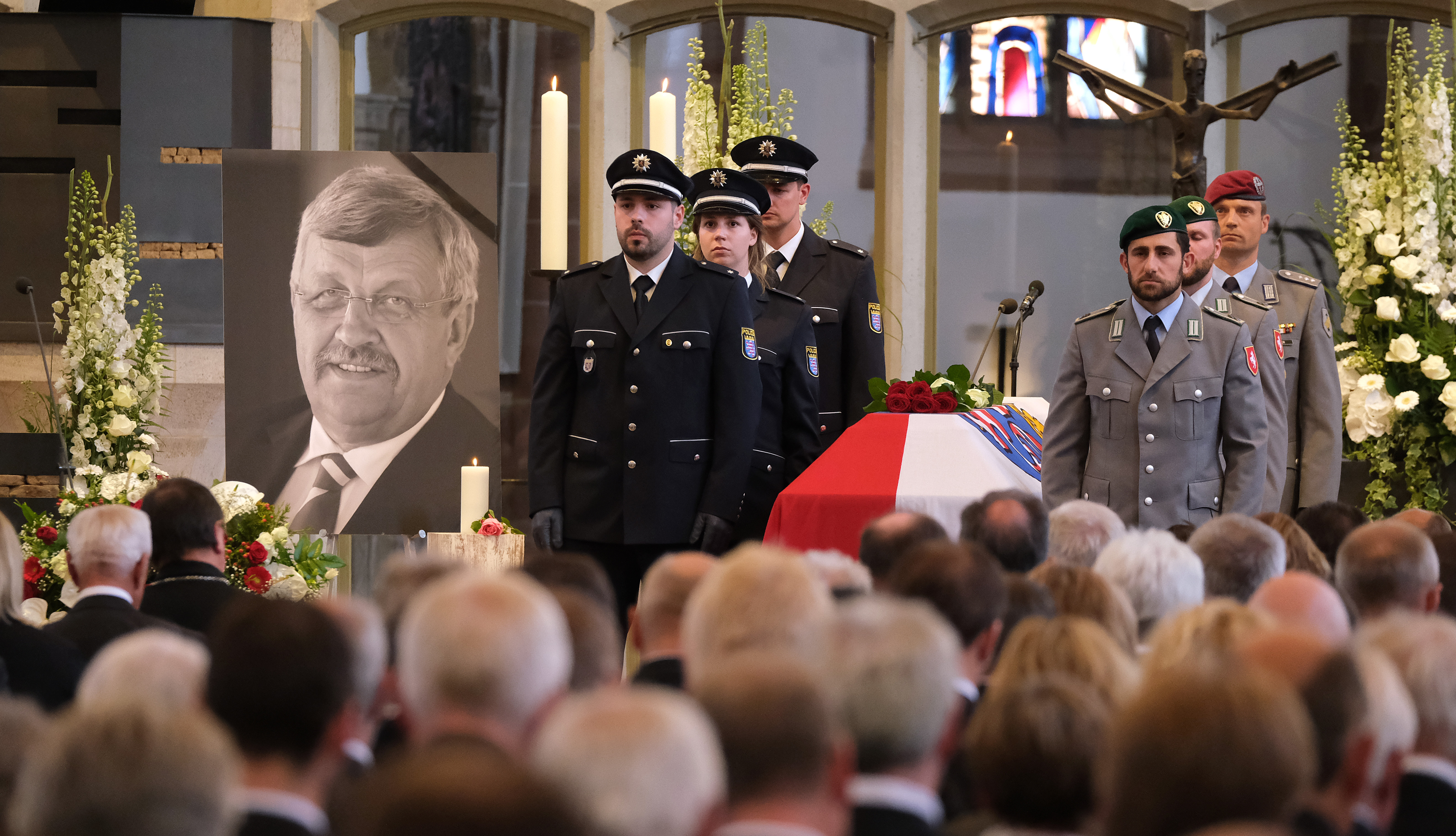 An honor guard stands at the coffin of murdered German politician Walter Lübcke at his memorial service at St. Martin church on June 13, 2019 in Kassel, Germany. (Photo by Sean Gallup/Getty Images)

Luebcke was found shot in the head outside his home in Hesse June 2. Stephen Ernst, a German man with a history of conviction for violent anti-migrant crime, confessed to the murder, according to the Guardian.

The investigation into hate messages about Luebcke was launched in September 2019, according to the Associated Press, and prosecutors in Bavaria where multiple suspects live say the comments were posted before and after Luebcke’s death.

Ernst admitted being angered by Luebcke’s comments at a town hall meeting in October 2015, where asylum seekers were discussed. Ernst had served a prison sentence after attempting to plant a pipe bomb outside a home for asylum seekers in 1993 and was arrested in 2009 at a new-Nazi march, according to the Guardian.

The German government approved a hate speech bill in February that requires social media companies like Facebook and Twitter to report online hate crimes to German authorities. Hate speech posts include far-right propoganda, graphic portrayals of violence, and murder or rape threats, according to Deutsche Welle.