Democratic presidential candidate Joe Biden earlier in his career demonstrated support for police officers and their organized groups, but some in the law enforcement community said he’s switched views amid the George Floyd riots.

Officers are finding themselves on the receiving end of mass violence in the middle of international demonstrations that have resulted from the death of Floyd, who died May 25 after a Minneapolis police officer knelt on his neck for several minutes, video showed. Several top law enforcement figures noticed Biden’s apparent change of perspective, Politico reported.

“For Joe Biden, police are shaking their heads because he used to be a stand-up guy who backed law enforcement,” Bill Johnson, executive director of the National Association of Police Organizations, which endorsed Obama in 2008 and 2012, told Politico. “But it seems in his old age, for whatever reason, he’s writing a sad final chapter when it comes to supporting law enforcement.”

“There’s no time to waste — we need to get to work immediately on real police reform,” Biden said Wednesday on Twitter. “Congressman @Hakeem_Jeffries has a bill to outlaw chokeholds. Congress should put it on President Trump’s desk in the next few days. Period.” 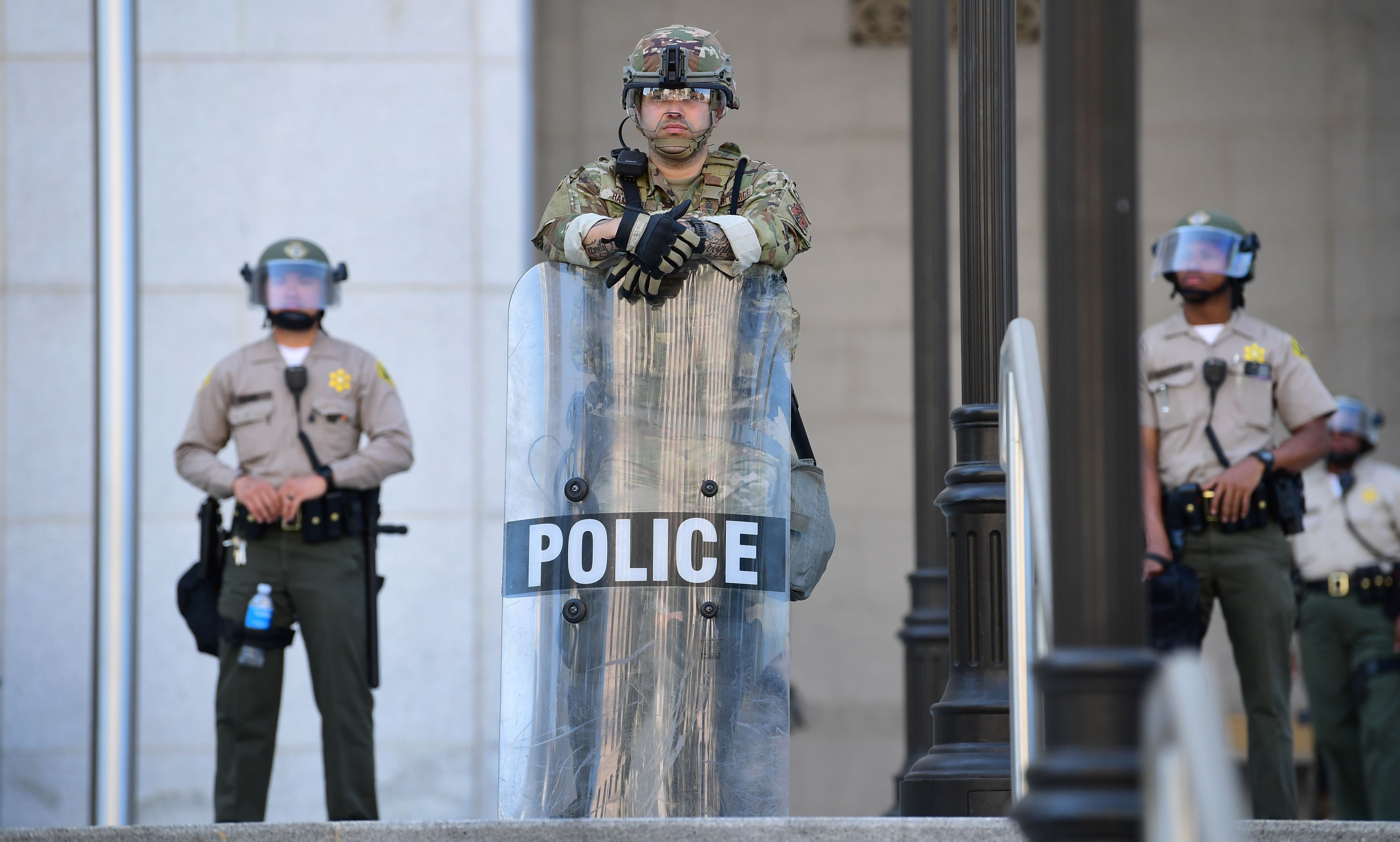 Biden voted yes to legislation deemed “tough on crime” before his presidential bid, namely the 1994 crime bill. The legislation increased the number of police on the street and the scale of state prisons, and it also substantially increased penalties surrounding violent offenses, according to a Fact Check report.

Officers around the country praised the bill in a time when violence was on the rise. Biden has suggested he will not be upholding the same values in 2020, as he indicated sympathies for reforming the law enforcement community rather than bolstering it.

He promoted “long overdue concrete changes” to the police system Tuesday, including restricting “weapons of war” to combat criminals.

I’m proud to support him, and I look forward to seeing these reforms become law, so that what happened to George Floyd never happens again. pic.twitter.com/MKcOCk526Z

Some officers like Jim Pasco, executive director of the Fraternal Order of Police and former lobbyist for the Bureau of Alcohol, Tobacco, Firearms and Explosives, said they saw this coming in gradual shifts in Biden’s views on the issue.

“There are two evolutions in two directions. On law-and-order issues, Biden was right of center: the ‘94 crime bill, the Brady law and enhanced penalties. But as time has gone by, his positions have moderated, moderated, moderated to where we are today, where he would not be considered a law-and-order guy in the sense that law enforcement sees it,” Pasco told Politico.

Democratic Florida Rep. Val Demings, who has a chance to become Biden’s vice president, said she disagrees with the statements made by police unions. (RELATED: NYPD Cops Doused With Water, Struck In String Of Assaults — Officer Unions Are Infuriated)

“Law enforcement, firefighters know who Joe Biden is,” Demings told Politico. “They know who he is because he has stood with our public servants in the toughest time in their lives.”