The U.S. National Response Team, part of the Bureau of Alcohol, Tobacco, Firearms and Explosives, have activated units in St. Paul and Minneapolis to work with local fire crews to examine fires set during the riots from the week of March 25, according to KSTP.

“The cause of these fires is quite obvious… the task at hand now is to determine who is responsible… the extra personnel will help move these investigations along more quickly,” according to Special Agent in Charge, William Henderson, of the St. Paul Field Division. 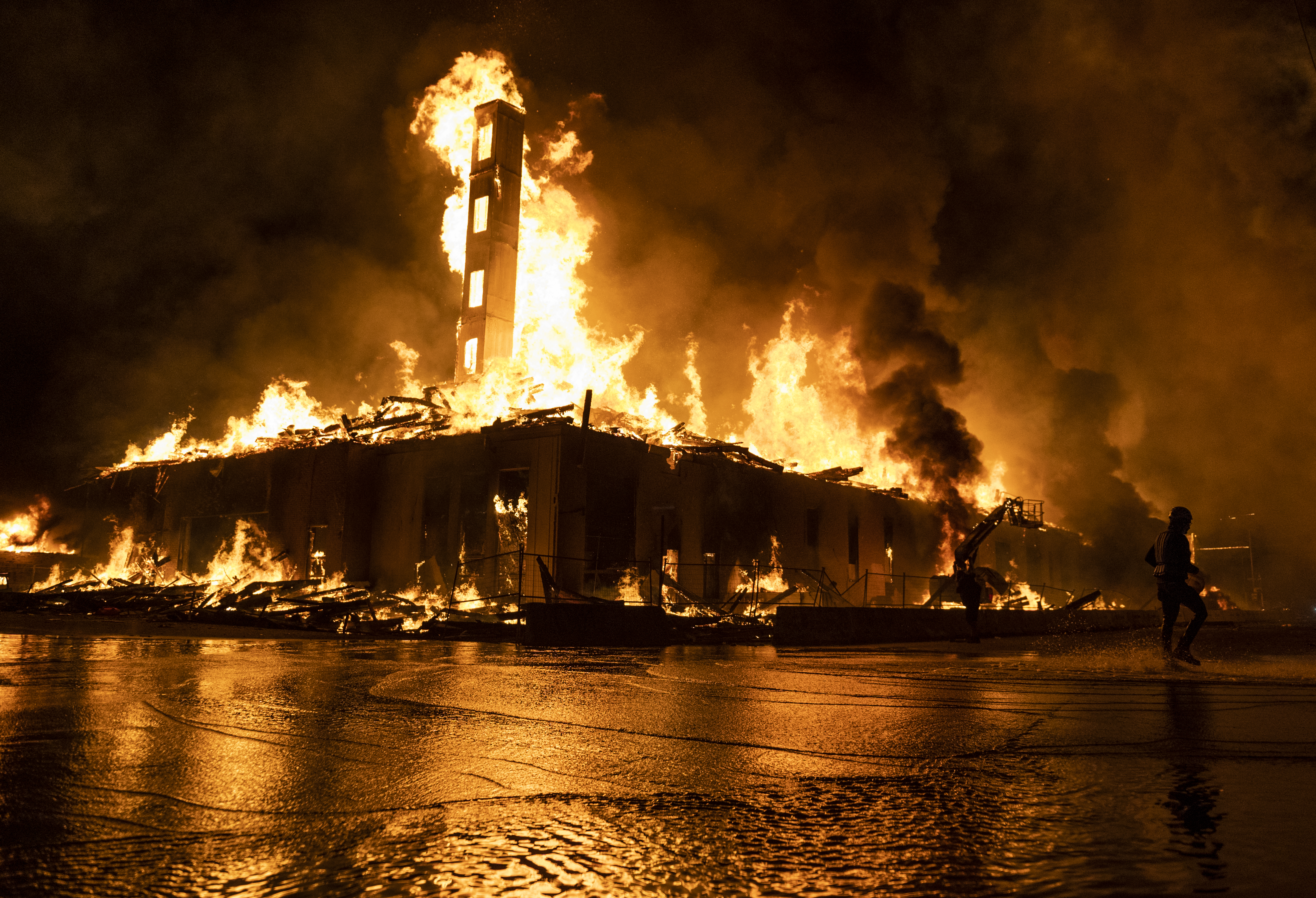 A construction site burns in a large fire near the Third Police Precinct on May 27, 2020 in Minneapolis, Minnesota. (Photo by Stephen Maturen/Getty Images)

Minneapolis, where Floyd died after his neck was pinned down by a police officer, erupted in riots, looting, fires, and large-scale destruction of businesses.

The U.S. National Response Team is specialized in post-blast investigations. Included on the team are forensics chemists, explosives officers, fire engineers, and dogs trained to sniff out accelerant or explosive, according to KSTP.

The team will investigate by collecting and analyzing debris to identify where and how fires or explosions started, which would ultimately help lead officials to who was responsible for setting them off.

A man walk past the charred wreckage of a building destroyed during last week’s rioting which was sparked by the death of George Floyd on June 2, 2020 in Minneapolis, Minnesota. (Photo by Scott Olson/Getty Images)

The unit arrived at no local or state cost, KSTP reported. The investigators urged residents to be on the look out for flammable liquids or incendiary devices, and asks residents to forward cell phone videos of suspicious situations, cars without plates, or abandoned explosives.

As of Monday, roughly 207 businesses in Minneapolis were damaged, looted, or destroyed during the riots, many by fire. St. Paul saw over 50 businesses vandalized or looted, while the Twin Cities suburbs had around 8. (RELATED: Over 250 Buildings Damaged Because Of Riots In Minnesota’s Twin Cities: Report)