The expected decision follows heightened tensions between the U.S. and Beijing, which moved to impose a national security law in Hong Kong which could threaten civil liberties amid pro-democracy protests that have been ongoing since 2019. President Trump ordered his administration to begin eliminating special treatment for Hong Kong to punish China, according to Reuters. 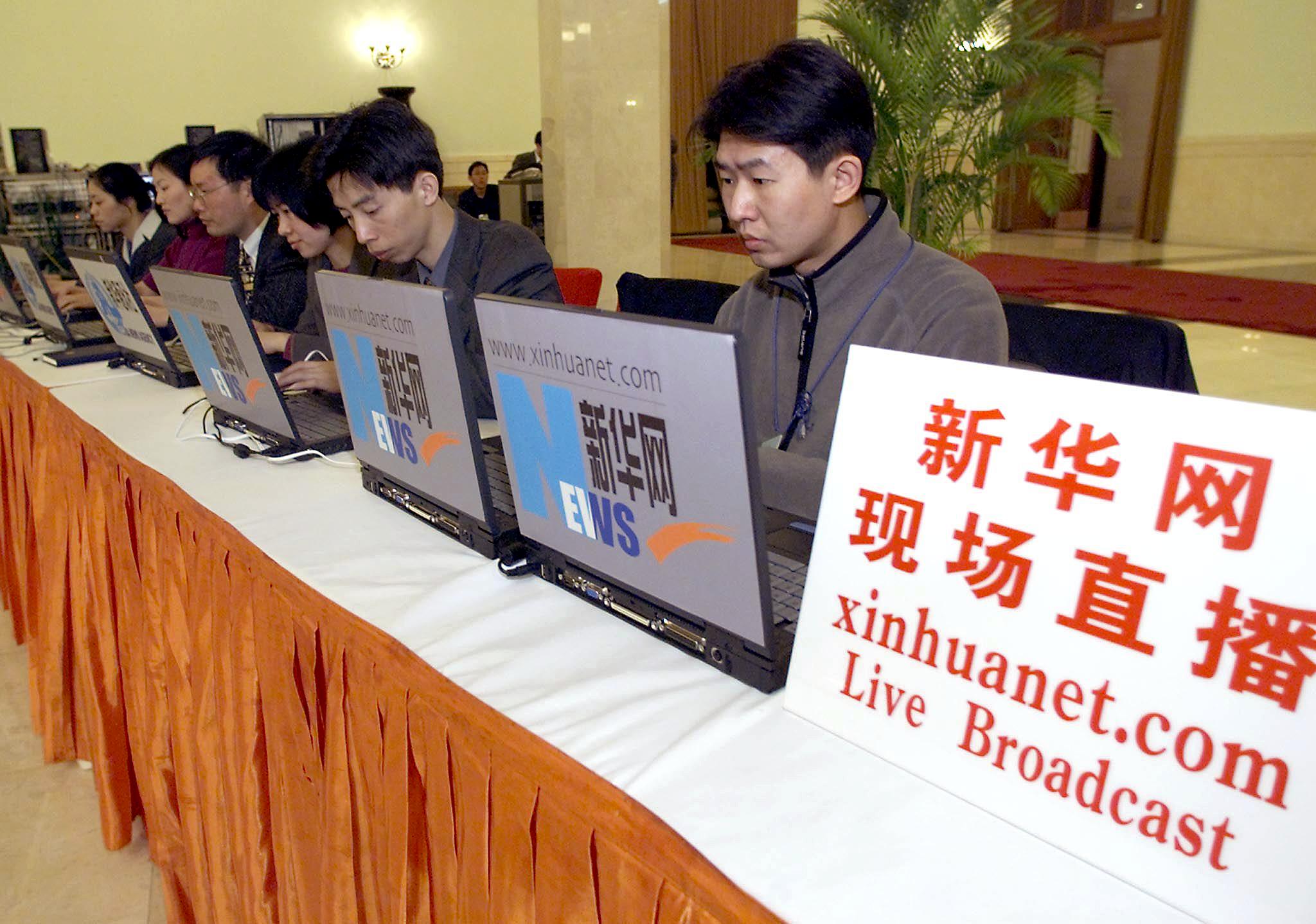 Journalists from China’s official news agency Xinhua report directly from the National People’s Congress at the Great Hall of the People in Beijing 06 March 2001, to their website. (GOH CHAI HIN/AFP via Getty Images)

Outlets on the list would be required to declare their personnel and property in the U.S. in order to give American officials insight into their operations given their ties to the CCP, the Wall Street Journal reported.

The Department of Homeland Security also said in May that it would reduce the length of work visas for journalists from mainland China employed by non-U.S. media.

As relations between the U.S. and China are strained due to the coronavirus pandemic, the U.S. has also been cracking down on Beijing’s influence in the country, by implementing accountability measures for Chinese government media and investigating ties between academics and the Chinese government.