The Islamic State celebrated unrest in the United States, calling it a “blessing” in the terror group’s weekly newspaper al-Nabaa, according to terror group research organization SITE Intelligence Group.

The ISIS article claimed that the pandemic in combination with George Floyd protests will weaken “infidel” states and shift focus away from the Middle East, the Associated Press reported Friday.

The article goes on to claim that the protests in the U.S. will spread around the world similar to how coronavirus spread from China, according to a translation of the article by independent researcher Aymenn Jawad al-Tamimi.

“Today the news of the protests in America overshadows the news of the epidemic that gained hegemony over all the other events of the world for months, and the disbelieving governments are repeating their old mistake in reception of the matter,” the article read, according to al-Tamimi’s translation. “The entire world is exposed to this American form of chaos.”

Protests and riots have been taking place across the U.S. in response to the death of George Floyd. Floyd died May 25 while in Minneapolis police custody after an officer kneeled on his neck for nearly 9 minutes, video of the incident showed.

In the past month, ISIS has ramped up its effort in the Middle East to exploit the pandemic, and increased its attacks, a U.S. defense official told CNN in May. Those attacks have not been any more sophisticated than ISIS attacks prior to the pandemic, the official said. (RELATED: ISIS To Terrorists: Stay Away From Coronavirus-Stricken Europe) 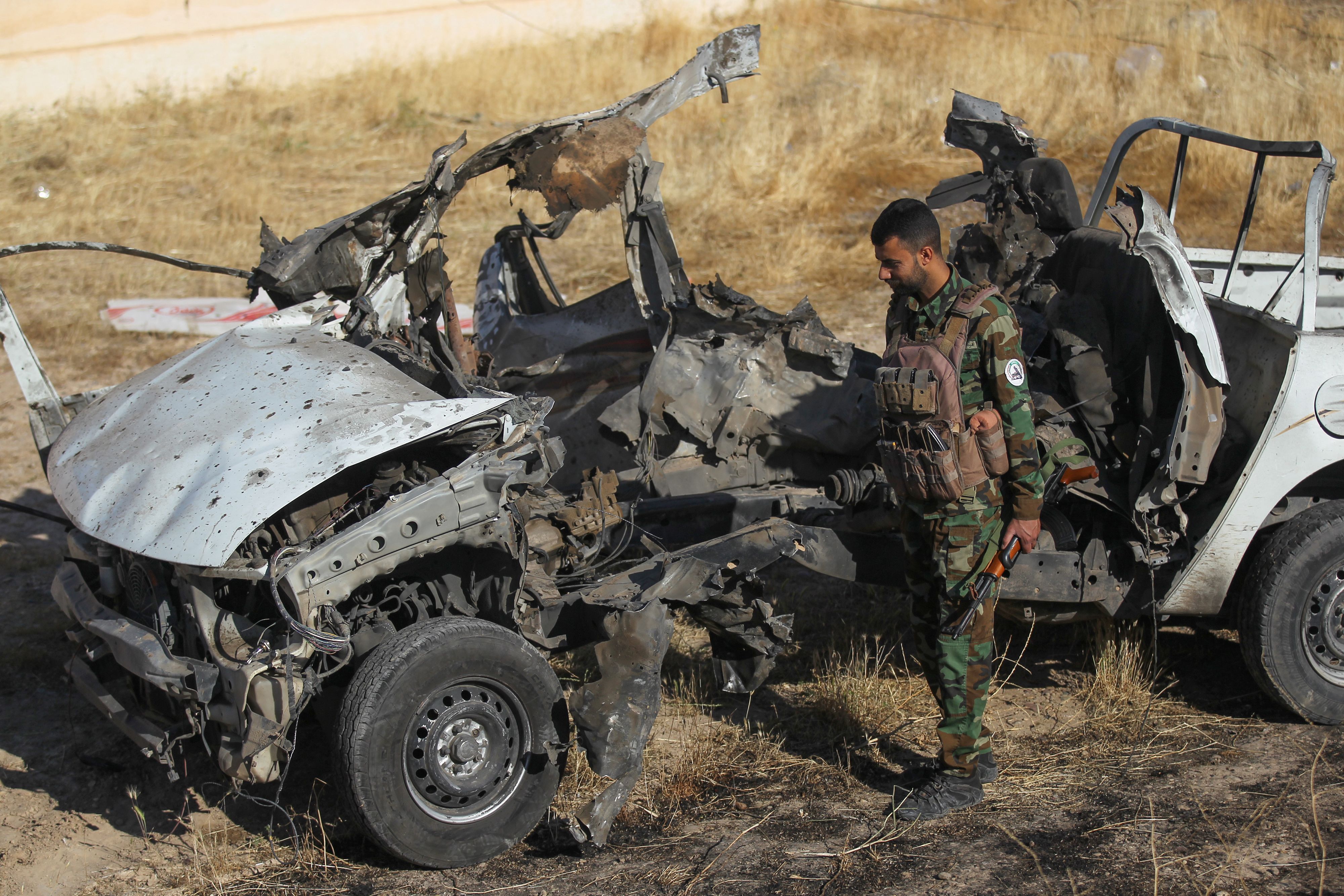 An Iraqi fighter with the Hashed al-Shaabi (Popular Mobilization Forces) inspects the site of an Islamic State group attack on in Mukaishefah on May 3, 2020. (Photo: Ahmad al-Rubaye/AFP via Getty Images)

The Islamic State has suffered major defeats in recent years and has all but disappeared in the Middle East. After notably expanding its networks and influence in 2015, the group had lost 95 percent of its territory by December 2017, according to the Wilson Center.

ISIS has lost nearly ALL the territory they once held. More than 7.7 million people are now free, but this does NOT mark the end of the campaign. We know this enemy is as adaptive and savvy as it is cruel and evil. We will continue to support our partners & keep pressure on ISIS.

The U.S. led coalition Operation Inherent Resolve tasked with defeating ISIS celebrated the declining influence of the group in 2017, but stopped short of declaring victory. “We know this enemy is as adaptive and savvy as it is cruel and evil,” the coalition spokesman tweeted at the time.