Negotiators for the city of Minneapolis agreed with the state Friday to ban police chokeholds and to require officers to report and intervene anytime they witness an unauthorized use of force by another officer, numerous sources reported.

The changes follow an investigation by the Minnesota Department of Human Rights and are part of an agreement between the city and the state, according to Fox 9. The City Council is expected to approve the agreement Friday.

The Department launched an investigation into the death of George Floyd, who died after a Minneapolis police officer knelt on his neck. Derek Chauvin, the former officer, has been fired and charged with second-degree murder, an elevation of the charges from the initial third-degree murder charge. (RELATED: Mayor Jacob Frey Highlights Police Union Hurdles In Minneapolis Police Department Probe)

Additionally, a police chief would need to authorize the use of crowd control weapons like chemical agents, rubber bullets, and batons in the new agreement.

The agreement would also require any officer, regardless of tenure or rank, to report from the scene the use of any neck restraint or chokehold to their commander or their commander’s superiors, Fox 9 reported. If an officer sees another officer use an unauthorized use of force, they must try to intervene or would face disciplinary measures equal to if they had been the officer using the unauthorized force. 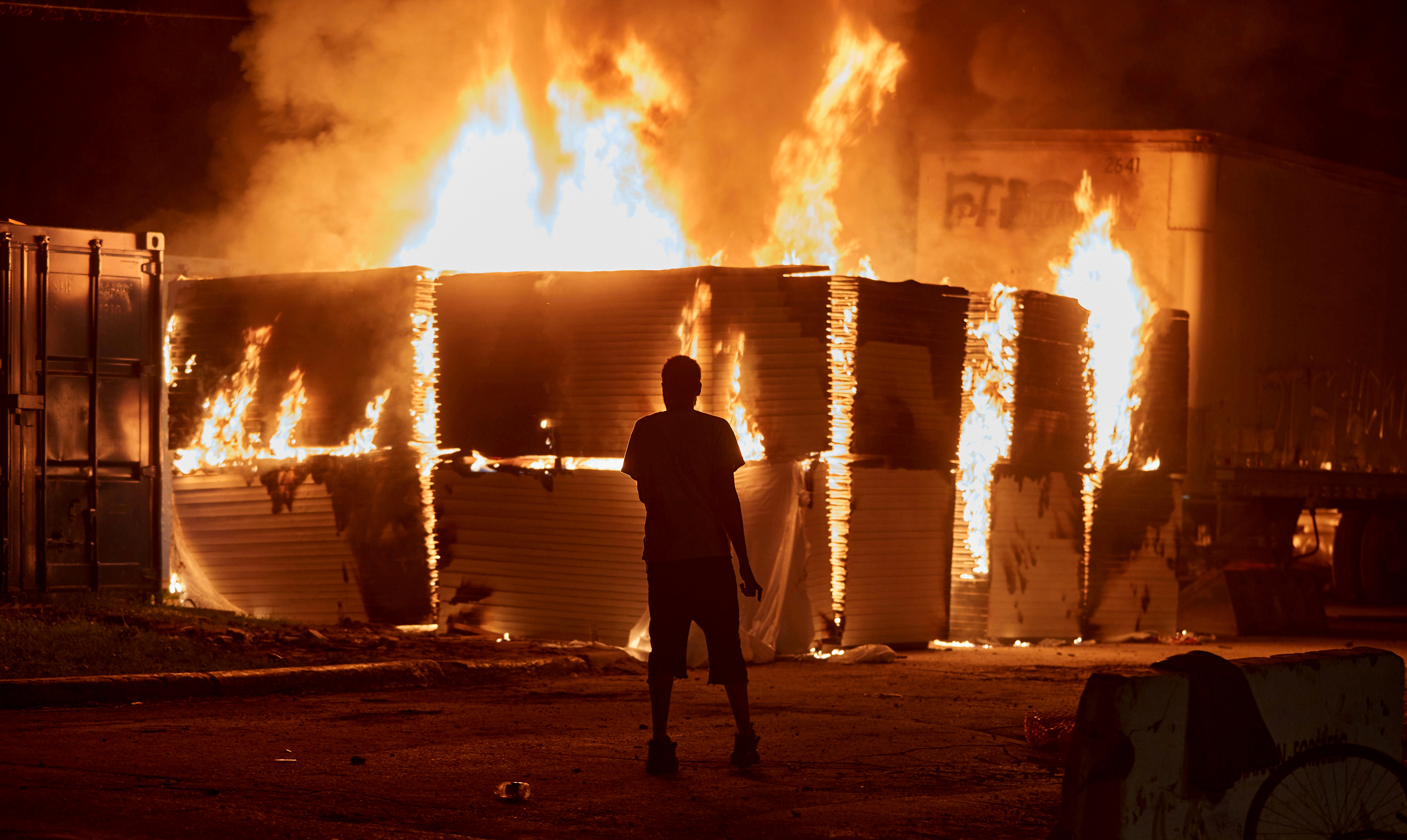 Protesters gather to watch an apartment building burning near the Minneapolis Police third precinct after a white police officer was caught on a bystander’s video pressing his knee into the neck of African-American man George Floyd, who later died at a hospital, in Minneapolis, Minnesota, U.S., May 27, 2020. Picture taken May 27, 2020. REUTERS/Adam Bettcher

Three other officers who were present at the scene have also been charged with aiding and abetting a second-degree murder.

The agreement would become enforceable in court, unlike the police department’s current policies on the use of force and intervention.12