Protesters who were ousted from Washington’s Lafayette Park Monday in order for President Donald Trump to walk through the area are suing the president and Attorney General William Barr.

The protesters initiated the suit along with the Washington D.C. chapter of Black Lives Matter and are also naming Defense Secretary Mark Esper and law enforcement heads, Politico reported Thursday. 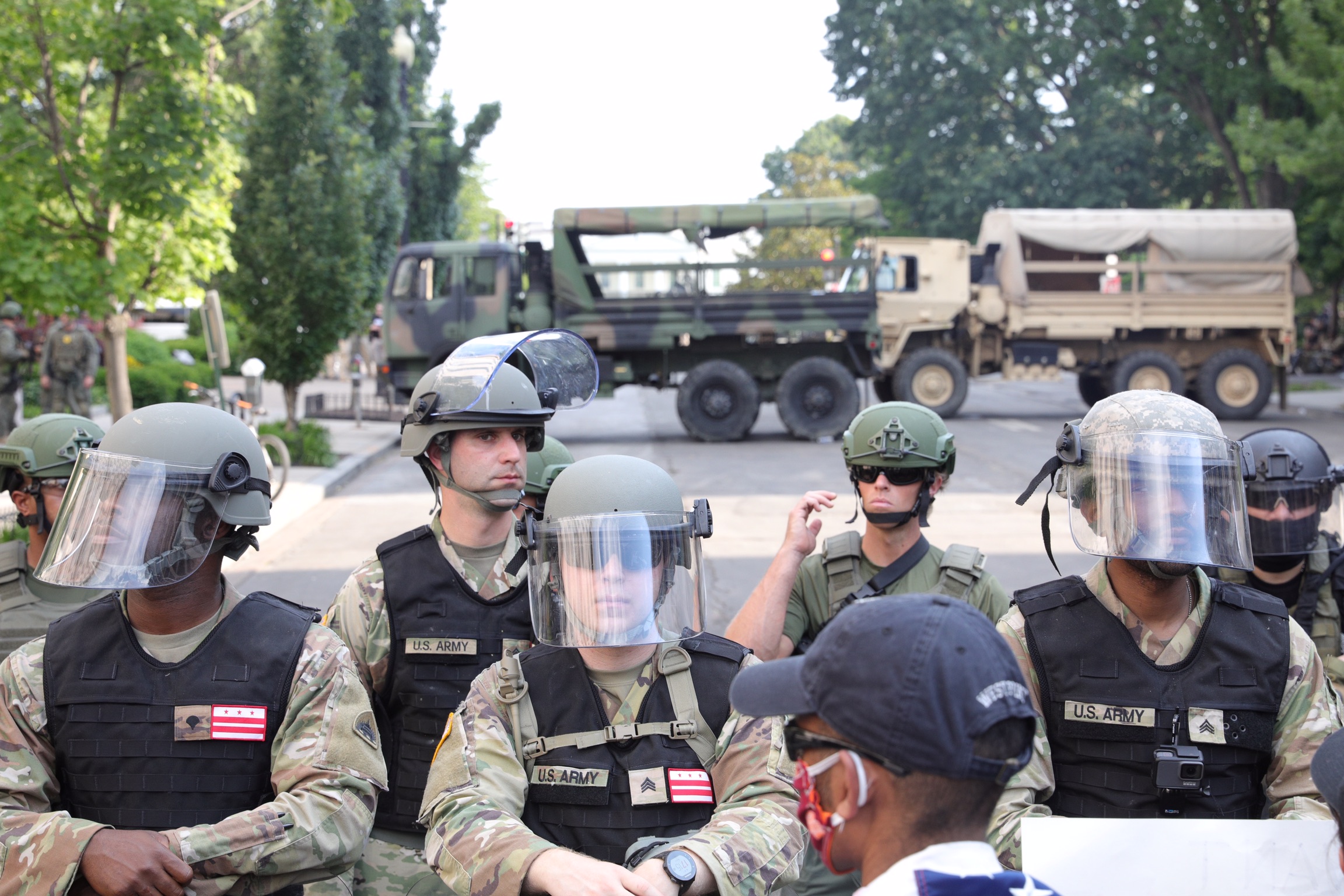 Law enforcement personnel and military vehicles are seen as protesters rally against the death in Minneapolis police custody of George Floyd, outside Lafayette Square near the White House in Washington, U.S., June 3, 2020. REUTERS/Tom Brenner

On Monday, the United States Park Police (USPP) allegedly used smoke canisters and pepper balls to disperse a crowd that they said was becoming increasingly volatile and violent with projectiles being thrown at police. The USPP has said that “no tear gas was used” to move protesters out of the area — despite persistent news reports to the contrary. (RELATED: Defense Secretary Says He Didn’t Realize He’d Be Making St. John’s Visit Amid Protests)

The plaintiffs’ lawsuit claims those named violated their First Amendment rights to free speech and assembly as well as their Fourth Amendment rights to freedom from unreasonable seizure. The protesters were part of a national backlash against the murder of George Floyd, a black man who died after his arrest by Minneapolis police.

Trump used the occasion to announce that he had told governors they need to get ahead of the riots and looting that had erupted in many American cities by making use of the National Guard if local mayors refuse to deploy their police forces. He also said he would use federal active duty military personnel if necessary to restore law and order and referenced invoking the Insurrection Act to do so.

He then walked across the street to St. John’s Episcopal Church, which had been set on fire the previous night and held up a Bible. (RELATED: Seattle Councilmember Says She Can’t Figure Out Why ‘Looting Bothers People’ When People Are ‘Dying Every Day)

House Speaker Nancy Pelosi said she was disapproved of Trump’s use of the Bible as well as his decision to disperse the crowd: “What is this: a Banana Republic?” she asked.

But most Americans are seemingly behind Trump when he says he will allow United States military forces to “supplement” police forces as they restore order. 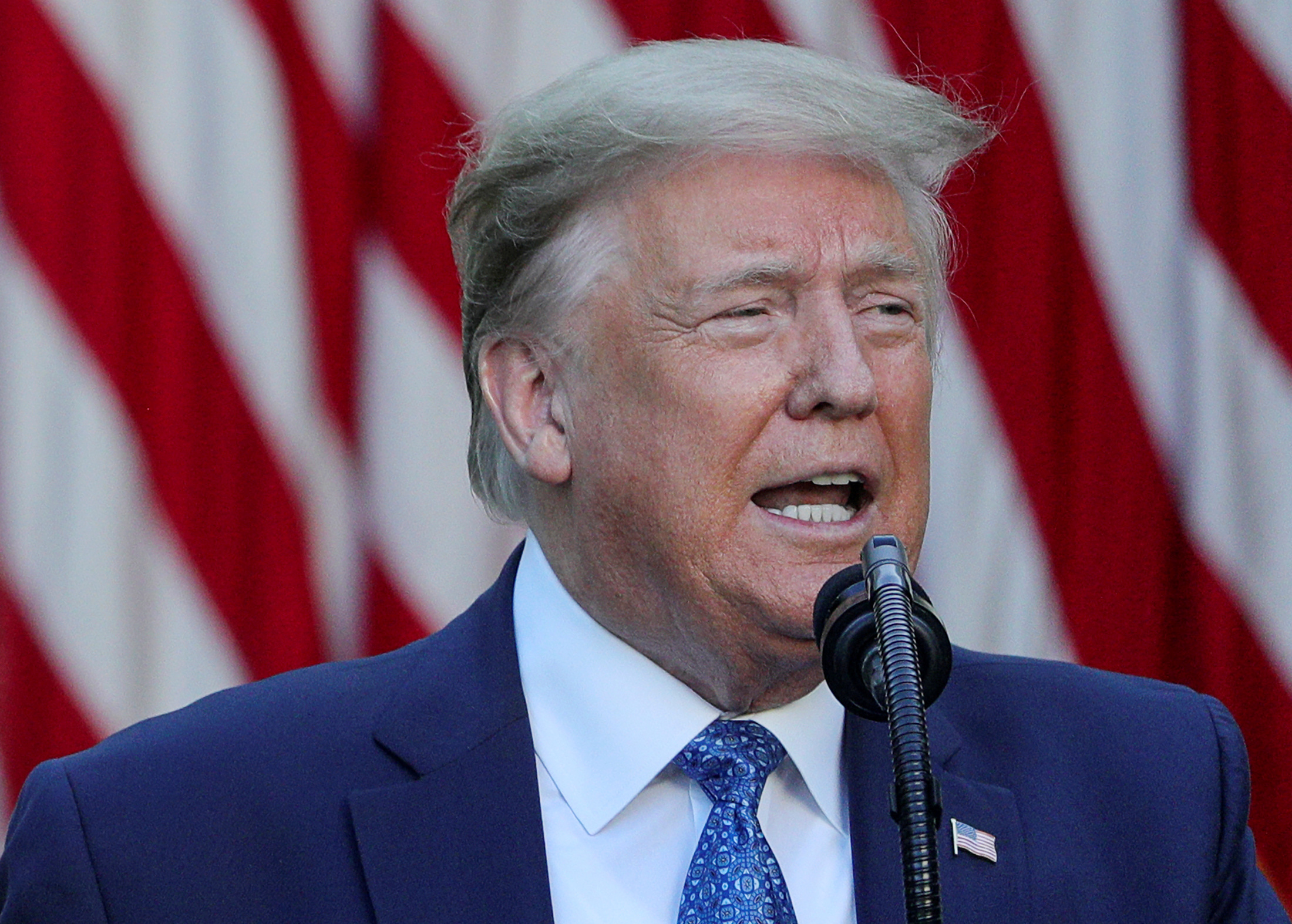 FILE PHOTO: U.S. President Donald Trump delivers a statement on the ongoing protests over racial inequality in the wake of the death of George Floyd while in Minneapolis police custody, in the Rose Garden at the White House in Washington, U.S., June 1, 2020. REUTERS/Tom Brenner

Fifty-eight percent of registered voters in a Morning Consult poll indicated they would support the military being used in this manner, with 33% of those surveyed saying they “strongly support” the idea.

Kristen Clarke, the president of Lawyers’ Committee for Civil Rights Under Law, which is assisting with the protesters’ lawsuit, falsely claimed Thursday that Trump supported white supremacists during the August 2018 Charlottesville riots:

“It is remarkable that President Trump objects so vehemently to those speaking out against racial and police violence while embracing gun-toting activists who take siege of government buildings and violent white supremacists who marched in Charlottesville,” she told Politico.