HBO host Bill Maher suggested Friday that the riots in America’s streets are a result of “reckless” lockdowns and that no matter who wins the 2020 presidential election, “there’s gonna be blood in the streets.”

“This lockdown that we’ve been living with — do you agree with me? — that this has a lot to do with the unrest in the streets? That when you coop people up and when they have no hope and no job, that they — why not go out in the streets?” Maher asked, on “Real Time with Bill Maher.” “I wonder what America will look like, what police departments look like if they have to fight this all the time.”

The riots and looting that have accompanied peaceful protest across America in anger over the death of George Floyd after his arrest by Minneapolis police, have rocked the country, with some critics wondering how mayors and governors who supported lockdowns to combat the spread of the coronavirus one week are meeting with mass protests the next. A report from JP Morgan argued that lockdowns did nothing to contain the COVID-19 virus.

“Whoever wins in November — be it Trump or be it Joe [Biden] — there’s gonna be blood in the streets, right?” Maher demanded of a guest panel.

I mean, if Trump wins, I can’t imagine the kind of demonstrations we saw the last week not repeating themselves. And if he doesn’t win, we already know Trump’s statements. I can read you his statements about tough people: ‘’I have the support of the police, the military, the bikers … I have the tough people. They don’t play it tough until they,’ meaning Democrats, ‘go to a certain point, and then it would be very bad.’

He continued, “I feel like this experiment, this reckless experiment in closing down an entire country for months at a time is not going to look good in the future and this is one reason why.” (RELATED: Philly Restaurant Stops Offering Free Food To Police After Backlash — ‘We Believe Black Lives Matter’)

Guest Michael Steele — former chairman of the Republican National Committee and now an MSNBC contributor — told Maher that Americans willingly bowed to the lockdown forces and “saw the rationale” for it, while he pointed out that many protesters are wearing protective face masks. 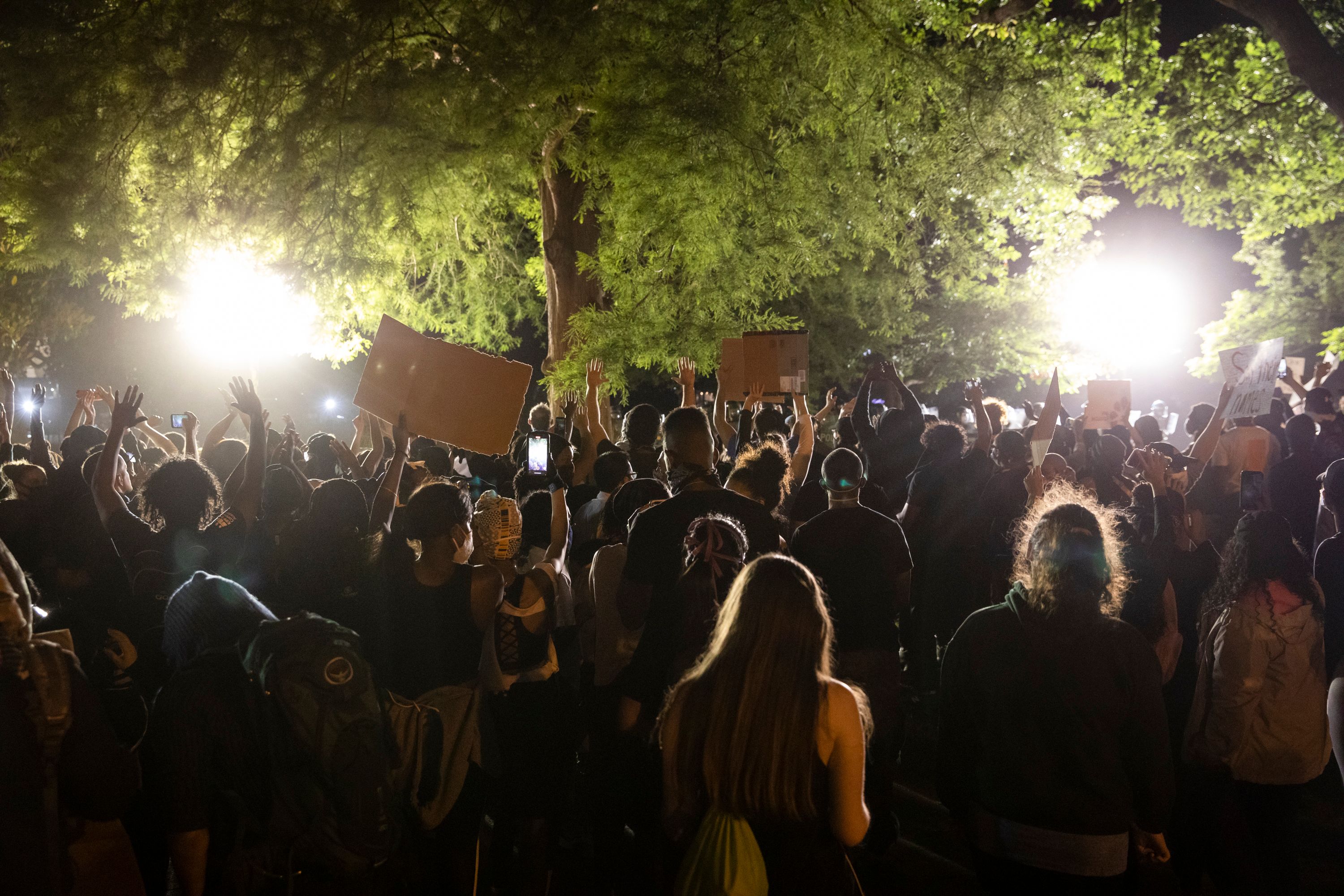 Demonstrators face off with the police in front of the White House as they protest against the death of George Floyd at the hands of Minneapolis Police in Washington, D.C. on May 31, 2020. – Police fired tear gas outside (Photo by Samuel Corum / AFP) (Photo by SAMUEL CORUM/AFP via Getty Images)

Maher dismissed the lockdown as an economic catastrophe that killed “100,000 small businesses” — many of these owned by black Americans. He said coronavirus deaths have been distorted by the media who ignore how many people die of other causes every year. (RELATED: Seattle Councilmember Says She Can’t Figure Out Why ‘Looting Bothers People’ When People Are ‘Dying Every Day)

“It’s almost is about what in the long run is going to cause more death,” Maher explained. “The head of the U.N. said a couple of weeks ago he expects hundreds of thousands of children to die because of what we did to the economy. I know they’re not all Americans so they don’t count as much to Americans, but I think that matters somewhat.”