Sixteen percent of Americans support cutting funding for police departments, according to a national poll taken amid international protests against police violence.

Of those surveyed in the YouGov poll, 65% opposed cutting funding for police departments. The poll came a few days after the death of George Floyd, who died in Minneapolis police custody on May 25 after an officer knelt on his neck for several minutes, according to video of the incident. 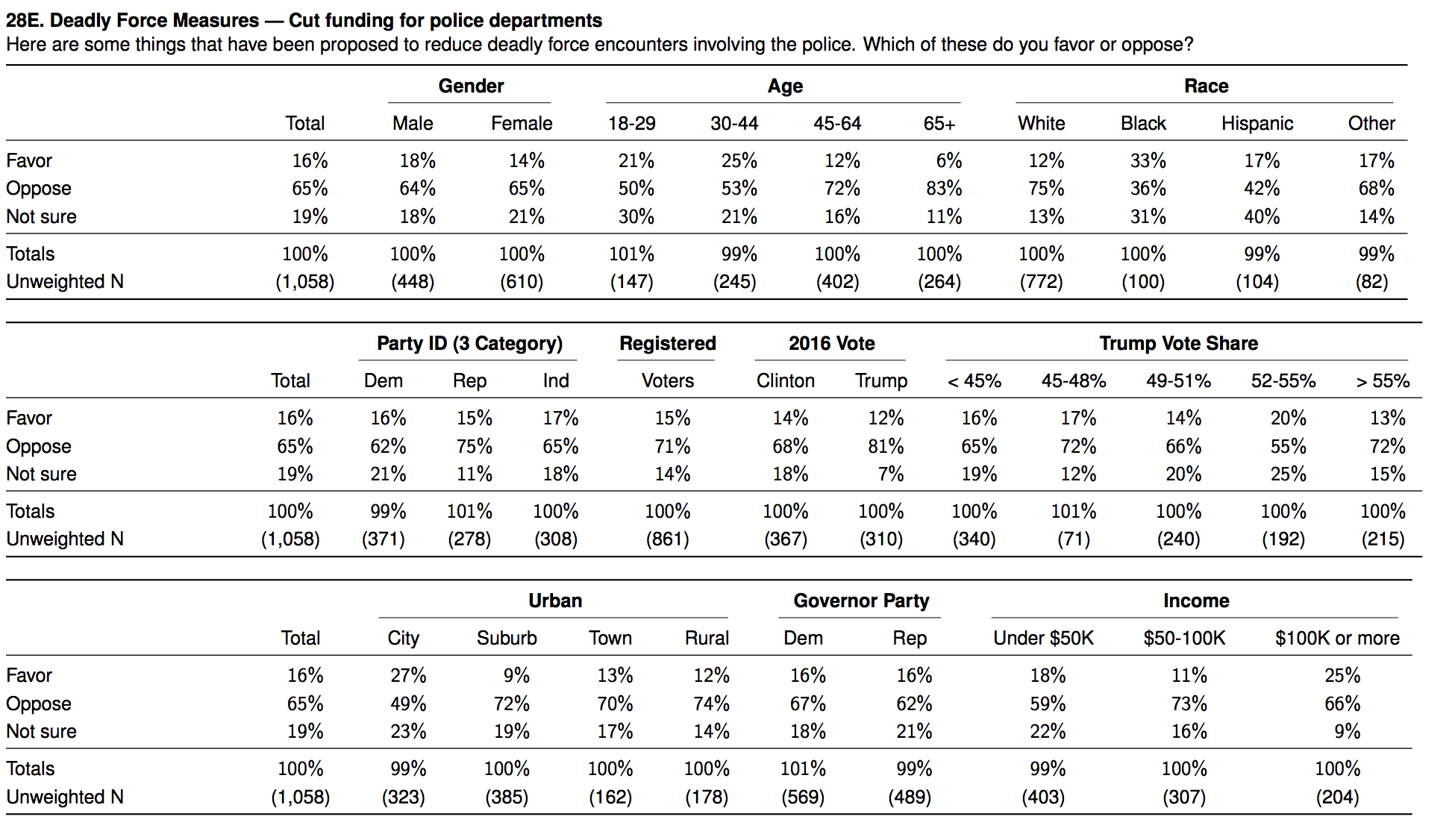 Democratic Rep. Alexandria Ocasio-Cortez of New York said in a primary debate Friday that she was actively advocating for a “reduction” of the New York Police Department’s budget, which she said was taking away from potential investment in housing.

I signed on to #DefendBlackLives and to push to #DefundThePolice. Join our 5 days of action with @Mvmnt4BlkLives. pic.twitter.com/Sgbwtm6S2S

Despite the growing fervor behind defunding police departments around the country, several leaders have come out against the idea echoing the views of most Americans.