The national movement to “defund the police” in the wake of George Floyd’s death hit a crescendo Sunday when the Minneapolis city council issued a “veto-proof” vote to do just that.

“When we talk about defunding the police, what we’re saying is, invest in the resources that our communities need,” Black Lives Matter co-founder Alicia Garza told NBC’s Meet the Press on Sunday. “Our priorities are in the wrong place … we need increased funding for the quality of life of communities who are over-policed and over-surveilled.”

But critics say disbanding local police departments could have negative downstream effects, citing recent cases in Chicago and Baltimore in which police withdrawal had significant repercussions.

Following the death of Freddie Gray in 2015, Baltimore broke out in riots when Gray died as the result of injuries sustained while in police custody. The city saw a significant drop in arrests after the riots even as violent crime continued to rise, according to The Guardian, while intense public scrutiny made officers reluctant to engage in proactive policing strategies.

In Chicago, following the shooting of 17-year-old black teen Laquan McDonald by a white police officer, NPR reported that homicide rates doubled. Police made fewer arrests even as violent crime rates continued to rise out of fear of becoming “the next viral video.”

Following the 2014 shooting of McDonald, the number of shooting incidents in Chicago rose 120% while street stops dropped 80%, according to NPR.

“Every officer I think, not just here in Chicago, but every police officer around the country does not want to be that next viral video,” former Chicago Police Superintendent John Escalante told NPR. 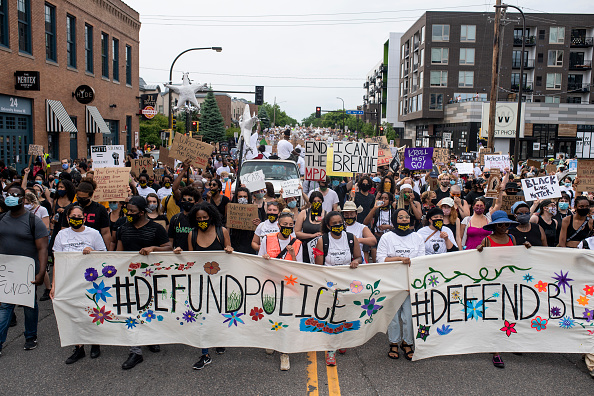 Yet the Minneapolis City Council wants to completely dismantle their police force. Other communities are under pressure to do the same as demonstrators chant “defund the police” at rallies outside the homes of mayors. Protesters have printed the slogan on face masks, signs and on buildings across numerous U.S. cities, reports the Washington Post. (RELATED: ‘Ridiculous’ — Sen. Tim Scott Weighs In On Calls To Defund The Police)

Former St. Louis Police Chief Sam Dotson told the St. Louis Post-Dispatch that “the Ferguson effect,” which resulted from months of violent protests following the fatal police shooting of Michael Brown, may have emboldened criminals and contributed to an uptick in crime as officers backed away from enforcement under charges of racism and problems of fatigue and stress trying to police the streets.

Discussing the “Ferguson effect” back in 2014, Dotson told the St. Louis Post-Dispatch that “If this is the new norm, the police department is not rightly sized. … If these are the types of crime we’re going to experience, we need a larger department.”