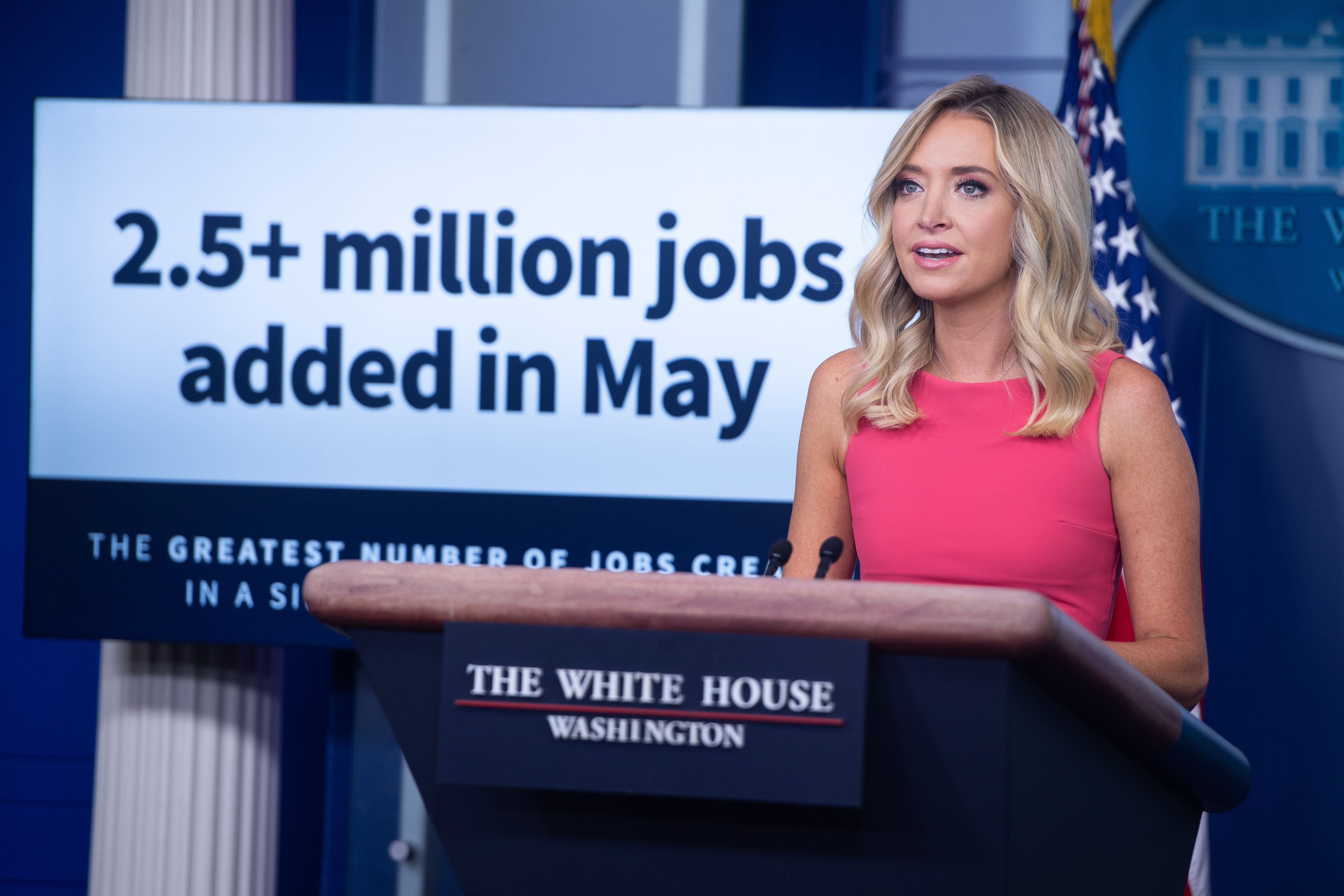 White House Press Secretary Kayleigh McEnany holds a press briefing at the White House in Washington, DC, June 8, 2020. – Democratic lawmakers knelt in silent tribute to George Floyd in the US Congress on June 8, 2020 before unveiling a package of sweeping police reforms in response to the killing of African Americans by law enforcement. (Photo by SAUL LOEB/AFP via Getty Images)

“He definitely believes there are instances of racism, but he believes our law enforcement are the best in the world,” she continued. “He believes by and large they are good people.”

“The 750 who were injured defending this country from rioters and antifa in the streetps as to be distinguished from the peaceful protesters, those 750 officers who were hurt defending our country were heroes. As was David Dorn, a police officer that lost his life, and Patrick Underwood who also lost his life in the last week or so.”

McEnany further stated that the president remains open on principle to signing into law legislation offered by House Democrats on police reform but considers certain provisions within the current version as non-starters, including reduced immunity for officers. She added that Democrats have yet to send the text of the bill to the White House for review.

Finally, the press secretary explained that Trump has been reviewing various law enforcement reform proposals over the weekend and that the White House would soon be making an announcement on the issue.