Trump administration officials told the Daily Caller that President Donald Trump’s deployment of the National Guard in Washington, D.C. ensured that the protests in the nation’s capital over the weekend of June 6 and 7 were dramatically more peaceful than those that took place the weekend prior.

Senior White House officials told the Daily Caller that the protests, in both the District and cities across the country, didn’t “spontaneously” turn peaceful overnight and attributed the “decisive” deescalation to coordination between local law enforcement and National Guard troops. 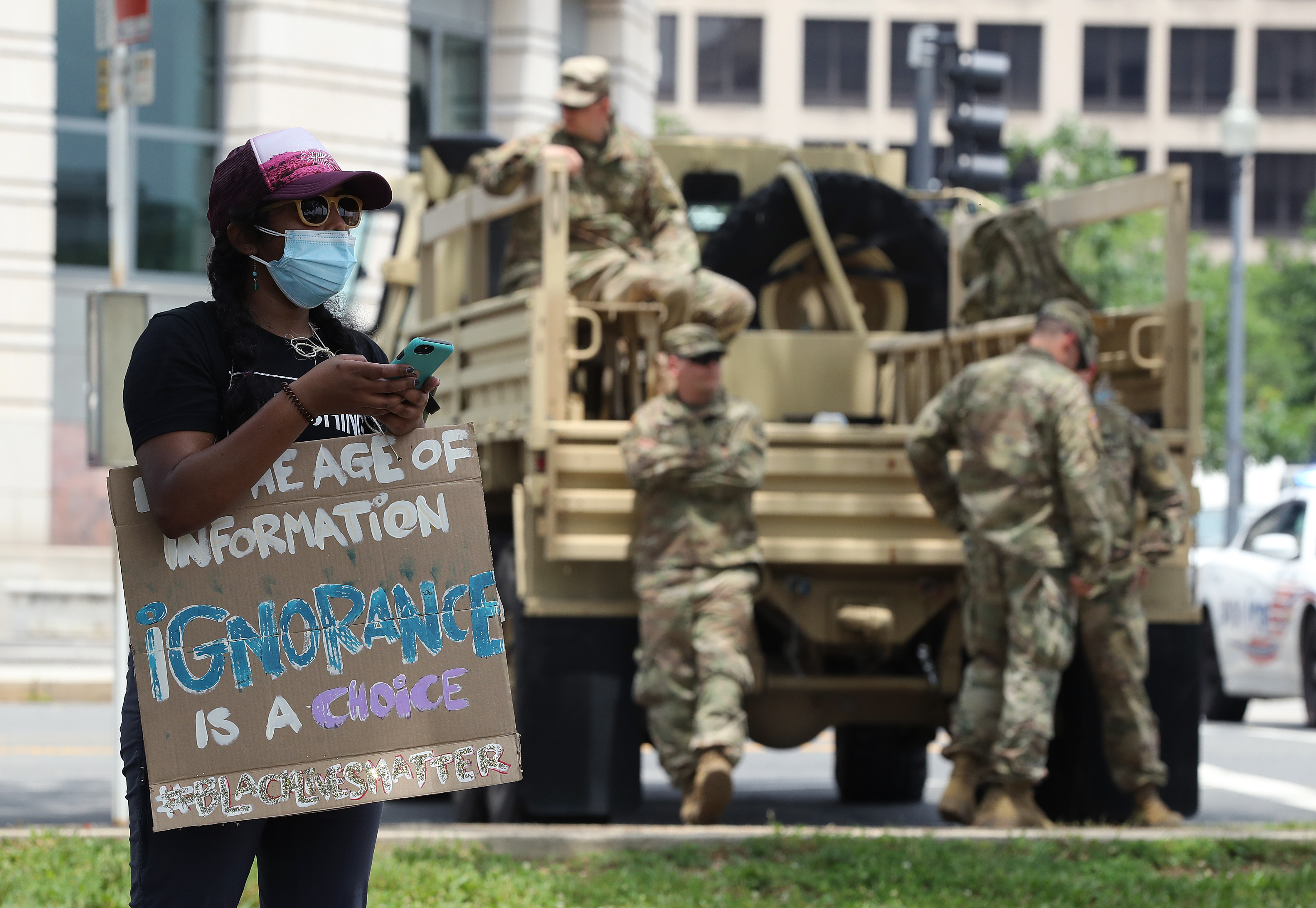 “Juxtapose Washington, D.C. two weekends ago, when there was widespread vandalism, property damage, and arson with this past weekend,” White House director of strategic communications Alyssa Farrah told the Daily Caller. “It was night and day.” (RELATED: Trump Lashes Out At ‘Defund The Police’ Campaign, Says A Vote For Him Means ‘More Money For Law Enforcement’)

“The streets of America didn’t spontaneously become peaceful last week,” she continued. “It was a direct result of President Trump calling on Governors and Mayors to surge the National Guard in their states and restore law and order on America’s streets so that peaceful protestors could demonstrate safely. That is precisely because President Trump took decisive action to secure the streets of our Nation’s Capital and restore law and order.”

White House officials contrasted the weekend’s successful, peaceful protests with those from the weekend prior, which injured roughly 60 United States Secret Service agents and 40 National Park Police officers. In total, the White House estimates that more than 700 federal, state, and local law enforcement officers have been injured by violence stemming from the protests.

Additionally, the Department of Homeland Security’s Federal Protective Services told the Daily Caller that more than 150 federal buildings across the country were damaged by protesters. Property damage in Minneapolis alone currently exceeds $55 million. 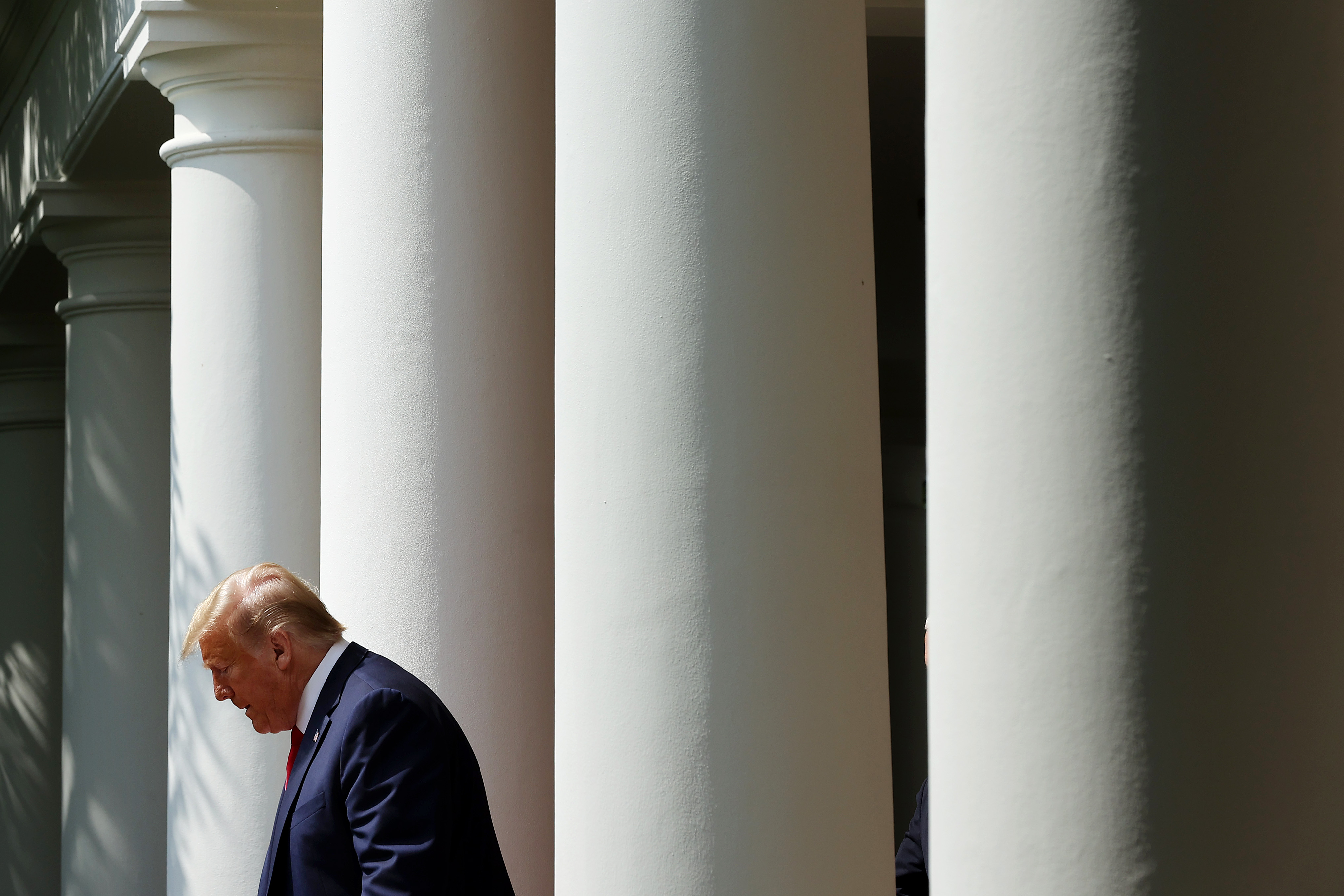 Over the past week, protesters in D.C. actively condemned looting and destruction of property, and the Daily Caller captured multiple instances of protesters preventing individuals from committing similar acts.

A man is booed after ripping down one of the street signs in front of the WH. It’s now past curfew. Police have not moved, crowd is huge. Tense & angry, but not violent @DailyCaller pic.twitter.com/SykDHpby5X

Protesters pass by #TrumpHotel and berate cops who are standing in front of it. Other protesters tell them to keep moving, saying that “it’s not worth it” @DailyCaller pic.twitter.com/SrKhHbs6X2

VIDEO: The crew is okay and retreated to a police line. One cameraman was knocked on the ground with people on top of him.

Some protesters tried to break up the fight and escorted the crew to safety. @DailyCaller pic.twitter.com/FarHBqx3HP

The D.C. demonstrations on June 6 and 7 drew more than 10,000 participants, marking the largest George Floyd protests to date, but they resulted in no reported violence or arrests.

Though the White House has yet to formally propose reforms to police departments, as requested by some protesters, Trump is hosting a roundtable Monday with law enforcement officials at the White House. Vice President Mike Pence also met black community leaders last week for input on how to attempt to address racial inequality.

Speaker Nancy Pelosi and House Democrats plan to unveil police reform legislation Monday, but a senior administration official told the Daily Caller on Sunday that Democratic leadership did not consult the White House or Republican leadership on the bill.