Police departments across the country have come under intense scrutiny recently following the death of George Floyd after a Minneapolis police officer knelt on his neck.

Practices and procedures have been reviewed in many cases as some cities consider reforms within police departments. While civil asset forfeiture may not have come across radars, it remains a practice that receives criticism for creating perverse incentives and for infringing upon property rights.

Under civil asset forfeiture laws, law enforcement are able to seize property and money that is suspected to have been connected to criminal activity. There’s no requirement that the individual has been convicted or charged with a crime. (RELATED: NORQUIST: Justice Requires The Feds Stop Seizing Civil Assets)

Most of the money seized by civil-asset forfeiture are used by police departments for everything from exercise equipment to squad cars and jails. In the past two decades, the federal government has taken in $36.5 billion in assets seized by police, according to the Pulitzer Center.

Many of the seizures take place along highway corridors where drugs are transported, making them prime locations for asset forfeiture. 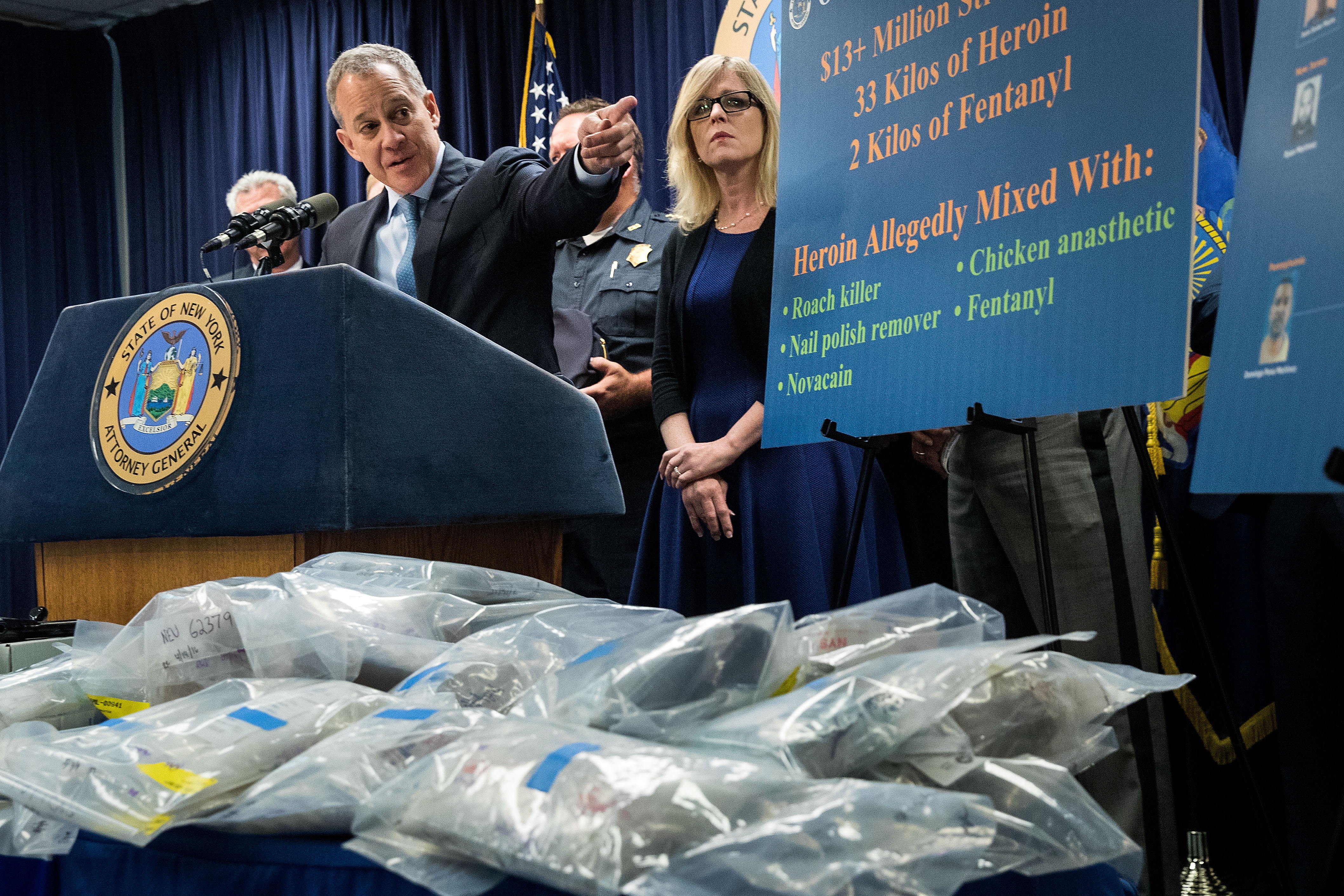 To get their money or property back, owners have to navigate a complicated and Byzantine legal process, even if there’s little or no evidence that the property was used in criminal activity. Officers and prosecutors get to keep the proceeds, which may perversely incentivize officers to seize property, according to the Institute for Justice.

An investigation led by the Pulitzer Center on Crisis Reporting in Washington in collaboration with St. Louis Public Radio found that most highway asset forfeitures of money didn’t lead to criminal charges, but police still kept the money. While many state reforms have been passed, the investigation found that police circumvent them with loopholes. Economic downturns also may create incentives for police to earmark sale proceeds from forfeitures because budgets are cut.

Civil asset forfeiture was initially established to cripple the funding in criminal enterprises, especially relating to drugs. After the 9/11 attacks, asset forfeiture was ramped up as departments were trained to conduct “highway interdiction” stops to search for drugs and other illegal materials, according to the Appeal.

Between 2001 and 2018, police made nearly 62,000 cash seizures without search warrants or indictments through a federal program established in 1984 to allow police to circumvent state restrictions on the use of seized funds.

Called the “Equitable Sharing Program,” the program allows police to turn property over to the federal government for forfeiture. Since the federal government has lower standards for forfeiting property and provides a larger share of proceeds to police, law enforcement have an incentive to use the federal program as a way to avoid state mandates that are more strict and would likely necessitate a larger portion of the assets be transferred to a state treasury, according to Institute for Justice.

“Once police got used to it, they became addicted to it and had to have it,” David B. Smith, the country’s leading expert on the subject, told the Pulitzer Center while speaking on the subject of earmarking sale proceeds for law enforcement.

While many police departments forfeiture assets to cushion ailing budgets, some use it for bonuses or on lavish equipment or even leisure.

Over the course of 5 years, the Philadelphia District Attorney’s office spent $30,000 on sub machine guns equipped with military-grade laser sights valued at $15,000; custom uniform embroidery; $1,000 in raccoon removal services; a push lawn mower; a $76 parking ticket; and tens of thousands of mysterious cash withdrawals, an investigation by Ryan Briggs and Max Marin revealed in 2017.

Additionally, the office doled out forfeited cars to office personnel, sometimes for work use but also as take-home cars or in one case, as playthings for the DA himself.

Sometimes routine traffic stops or suspicions about large sums of money in someone’s vehicle can be enough to cause an officer to seize assets.

Tan Nguyen was pulled over for driving three miles above the speed limit in 2014 and had $50,000 in casino winnings seized by a Nevada police officer despite not being charged with a crime or even hit with a traffic citation.

Nguyen and Matt Lee, another man who was pulled over and had cash confiscated by the same officer on I-80, were later reimbursed their money, a rare victory in asset forfeiture cases. Lee, too, had been pulled over in a routine traffic stop and had $2,400 taken. 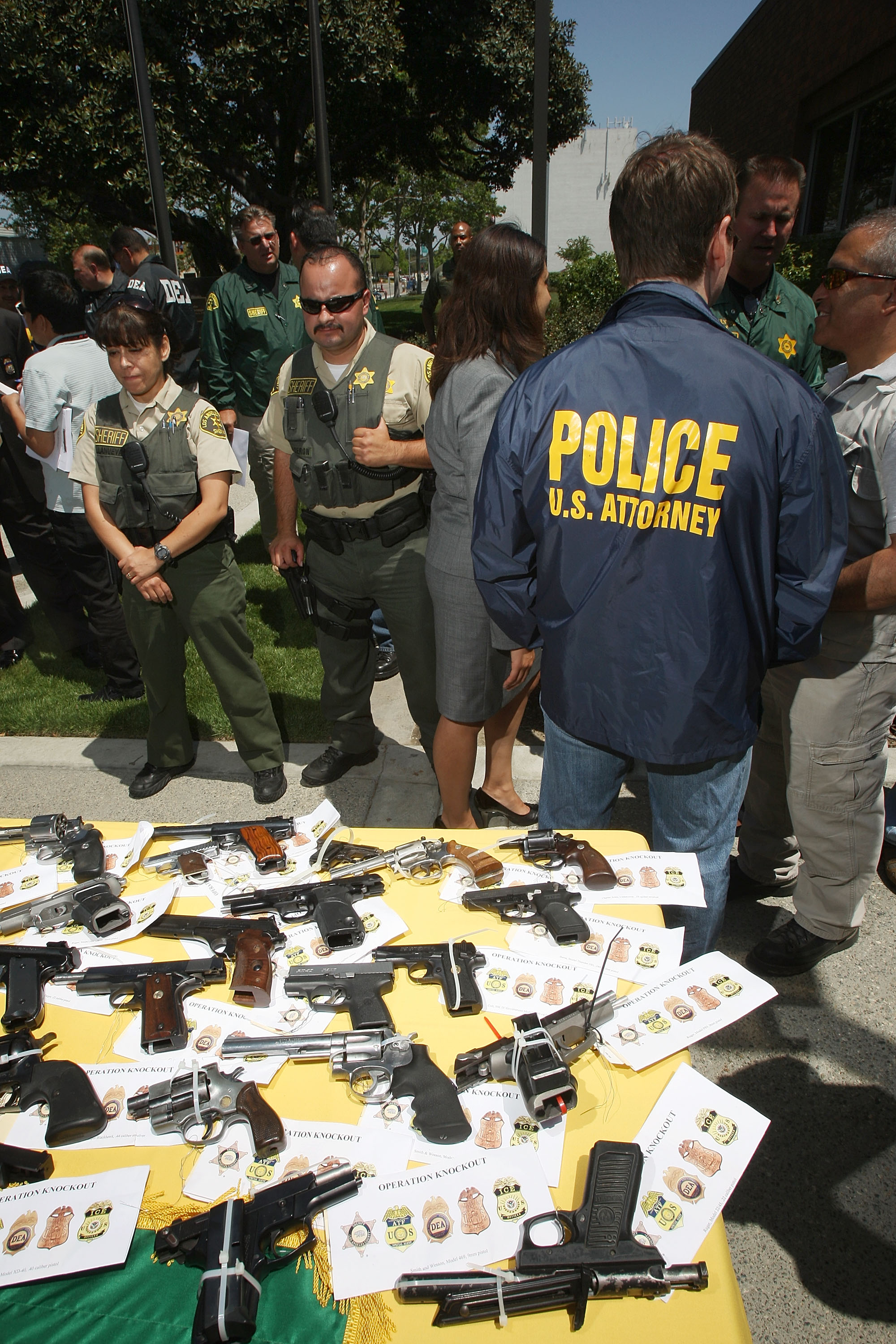 Some of about 125 weapons confiscated during what the federal authorities say is the largest gang takedown in United States history are displayed at a press conference to announce the arrests of scores of alleged gang members and associates on federal racketeering and drug-trafficking charges on May 21, 2009 in the Los Angeles-area community of Lakewood, California. (Photo by David McNew/Getty Images)

Some states have reformed the law, including Georgia, which most recently ended the practice of keeping money and property seized through civil asset forfeiture after a Atlanta Journal-Constitution investigation in March that found that the the Office of Special Investigation at the Georgia Department of Revenue had spent millions of dollars of seized assets on engraved firearms, clothing, personal items, pricey gym equipment, and a pair of $130 sunglasses.

Still, most state laws create a financial incentive for police in civil asset forfeiture, with only a handful of states requiring the government to provide clear and convincing evidence of connection to criminal activity for asset forfeitures. As of January, according to an Institute for Justice analysis, 31 states and the federal government set a “preponderance of the evidence” standard, meaning the police must only establish that the property is more likely than not connected to a crime.