French police can no longer use chokeholds and must attend annual safety training, France’s Minister of the Interior Christophe Castaner said Monday.

Castaner’s statement comes as demonstrations take place around the world in response to the death of George Floyd. Floyd died in Minneapolis police custody on May 25 after an officer kneeled on his neck for several minutes, video from the incident shows.

More than 23,000 people took to the streets of Paris, Marseille, Lyon, and Lille last week to protest police brutality. Although the protests were triggered by the death of Floyd, the crowds also protested the death of Adam Traoré, according to NPR.

Traoré was a black Frenchman who died in French police custody in 2016. Traoré’s family alleges that he was suffocated by police officers. “The Traore family reiterates that it wants legal progress, and not an invitation to talks which won’t lead to any procedural purpose,” the group Truth for Adama said in a statement, according to The Daily Express.

In the wake of protests, French President Emmanuel Macron asked the Ministry of Justice to investigate the Traoré case, according to The World. (RELATED: Citizens Worldwide Gather To Protest Death Of George Floyd) 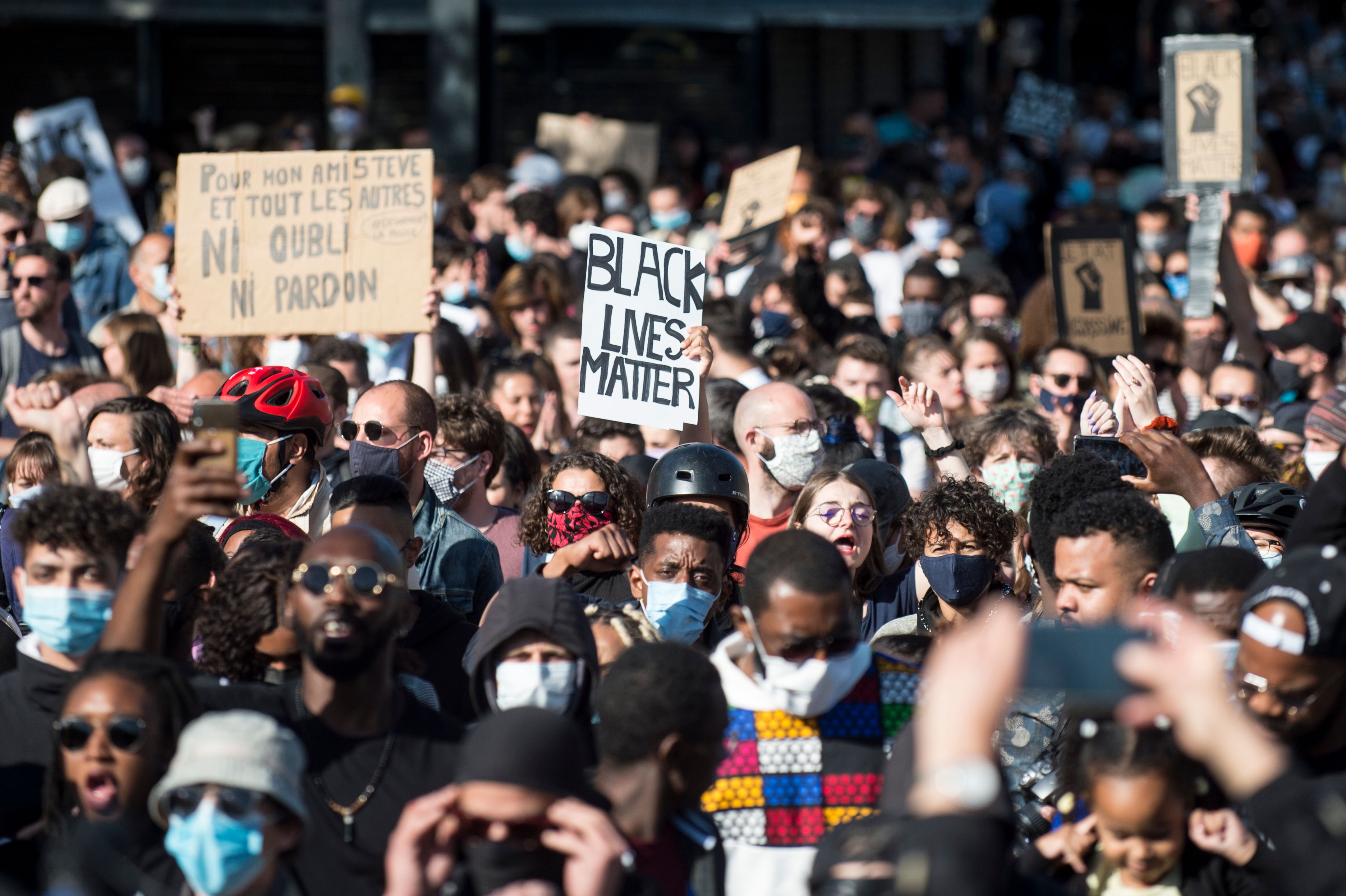 Meanwhile, a spokesperson from the Macron administration rejected the notion that France was a racist country.

“There is no institutionalized state violence in our country. When there are incidents, misconduct by members of the forces of law and order … there are investigations and, if necessary, sanctions when the misconduct is proven” the spokesman said according to The Guardian.

Macron has been criticized for not speaking out against violence that has occurred during some protests. Christian Jacob, who leads France’s Republicans, said Macron’s silence has been “deafening.”

Castaner also said Monday that in addition to banning chokeholds, France would implement a system of eliminating racism from police forces. “No racist can wear the police uniform with dignity,” Castaner said.

Protests have taken place in cities across Europe including Madrid, Rome, London, Budapest and Berlin.