Anchors on ABC and NBC blamed recent spikes in novel coronavirus cases on states reopening, largely ignoring the protests around the country that have seen many come together in the streets.

ABC’s World News Tonight and NBC Nightly News both highlighted spikes in some of the first states to reopen after the virus shutdown much of America, Media Research Center reported. In addition to some states beginning to slowly reopen, America has seen hundreds of thousands of people spill out onto the streets around the country in protest following the death of George Floyd.

The latter was not the focus as hosts speculated what could be causing coronavirus spikes during segments on the two networks Tuesday, MRC reported.

“Troubling new signs tonight about coronavirus in some areas that reopened early. Hospitalizations are way up. A more serious indicator than the number of cases,” NBC’s Lester Holt reported.

NBC News correspondent Gadi Schwartz repeated Holt’s assertion, saying that “a dramatic rise in coronavirus hospitalizations in some states among the first to reopen.”

Schwartz pointed out Texas as an example of having a “record-breaking number of hospitalizations” before noting that Georgia, another state that has worked to reopen, has yet to see a spike. He also claimed that the latest coronavirus numbers don’t “take into consideration what effect large crowds and protests around he country are going to have on the spread of the virus.” 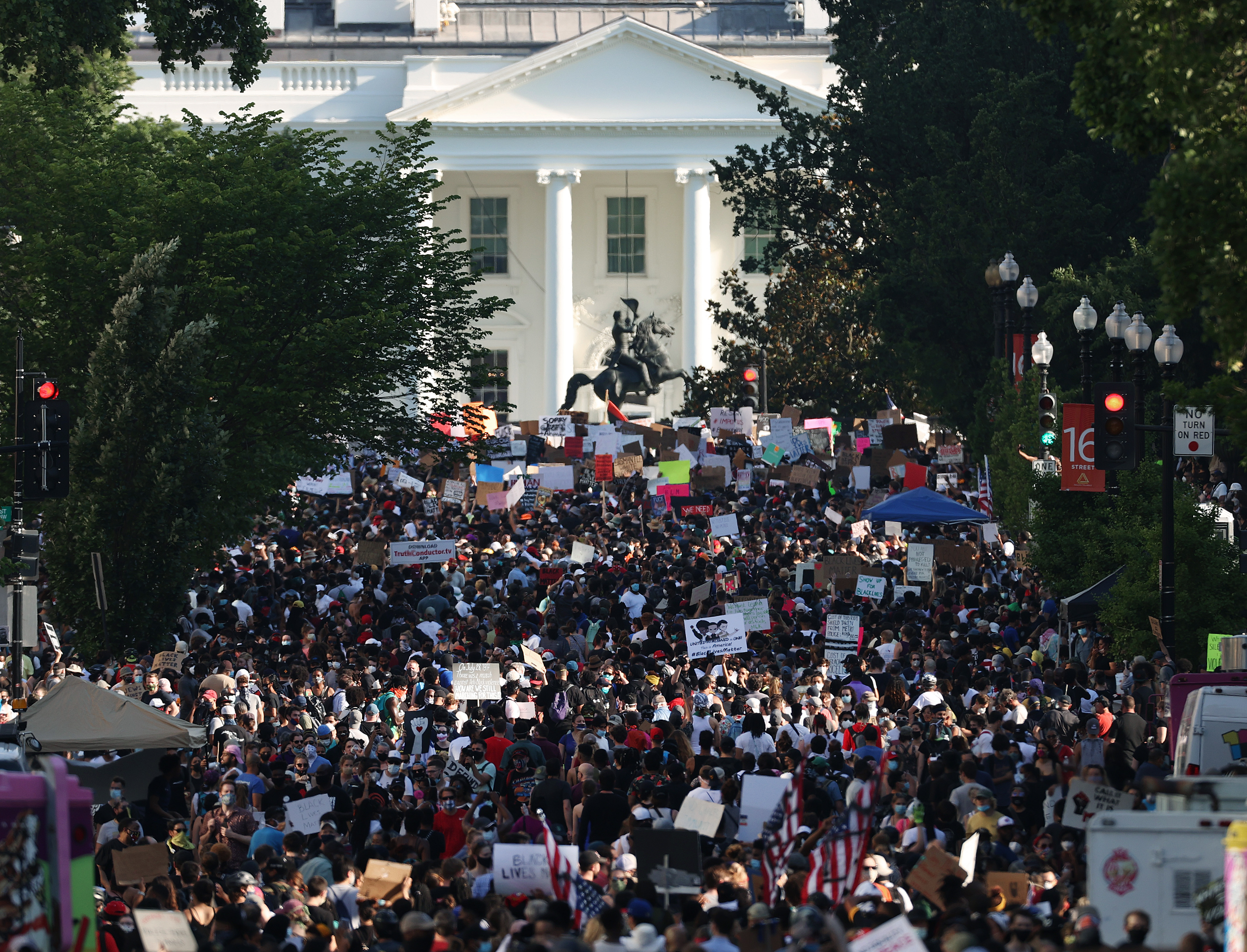 Demonstrators gather on 16th Street and the portion newly named Black Lives Plaza across from Lafayette Park while protesting peacefully against police brutality and racism on June 6, 2020 in Washington, DC. (Win McNamee/Getty Images)

Floyd protests are into its third week in some areas of the country. The Centers for Disease Control and Prevention (CDC) previously announced that symptoms of the novel coronavirus can appear between 5-6 days after exposure.

Schwartz’s Texas talk came after co-host Hoda Kotd mentioned the protests and how they were going on even though businesses were being forced to remain closed, MRC reported. (RELATED: WHO Walks Back Statement That Asymptomatic Coronavirus Transmission Is ‘Very Rare,’ Now Says It Could Be Around 40%)

“For two weeks, protesters have hit the streets to fight for racial equality,” Kotd pointed out. “But at the same time, some businesses, beaches, and churches have remained closed.”

ABC’s Matt Gutman blamed the rise in coronavirus cases on states reopening, too. He noted that “21 states” had indicated a rise in cases, and 14 of those saw “their highest seven-day average growth since the pandemic began,” MRC reported.

Arizona was one notable that Gutman pointed out, according to MRC. Gutman appeared to put the blame squarely on the governor’s stay at home order lifting on May 15.

“People gathering in large groups again at bars and restaurants,” Gutman added. Arizona is one of the states that has seen people turn out into the streets to protest.’ Gutman also chastised President Donald Trump for his plans to hold a rally, saying on “Good Morning America” Tuesday that “the cases are spiking because of a near-complete reopening.” 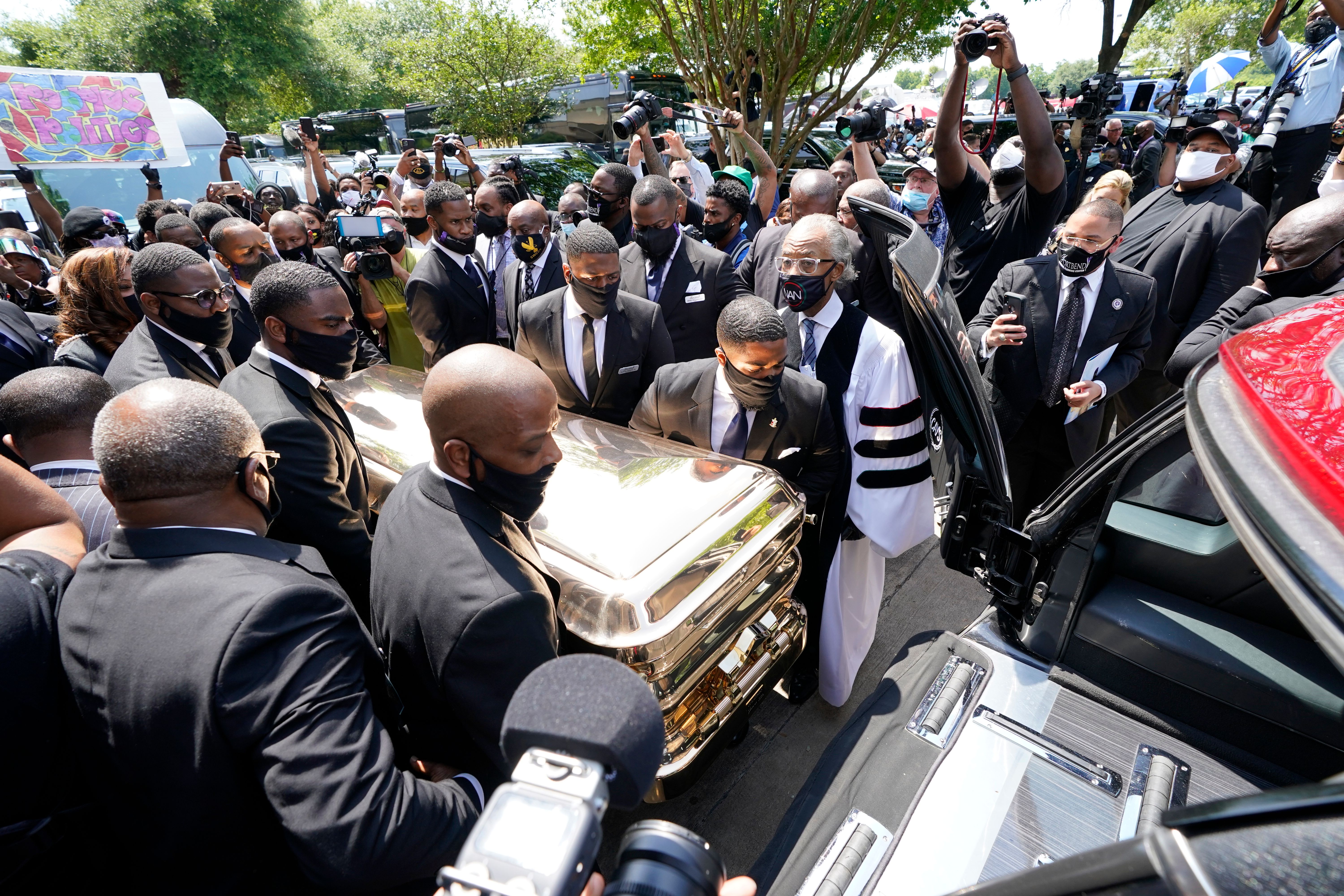 Pallbearers move the casket of George Floyd into a hearse as the Rev. Al Sharpton (C) looks on following Floyd’s funeral June 9, 2020, at The Fountain of Praise church in Houston. (DAVID J. PHILLIP/POOL/AFP via Getty Images)

Bloomberg reported Wednesday that the “second wave” of the virus has shown its face “after state reopenings.” The article admitted that “experts say that surges can’t be linked directly to reopenings.” This article does not mention the Floyd protests, instead focusing on states that have begun to reopen.

“Though the outbreaks come weeks into state reopenings, it’s not clear that they’re linked to increased economic activity. In Georgia, where hair salons, tattoo parlors and gyms have been operating for a month and a half, case numbers have plateaued, flummoxing experts,” the Bloomberg article added.

Many of the states Bloomberg reported as seeing spikes allegedly due to reopenings have also been home to large protests over Floyd. These areas include Florida, Los Angeles, California and Texas.