At least twelve police officers have been shot in the line of duty as riots and protests raged throughout the country following the death of George Floyd.

Floyd was a black man who died May 25 after a Minneapolis police officer knelt on his neck for several minutes, video of the incident showed. Derek Chauvin, the officer who knelt on Floyd’s neck, has been fired and arrested on second-degree murder and manslaughter charges.

News of Floyd’s death has prompted many to peacefully protest police brutality and violence, but spurred others to commit acts of looting, rioting and violence against police officers themselves. (RELATED: ‘Stop Treating Us Like Animals And Thugs’: NY Police Union Boss Demands Respect For Police)

Others, like Las Vegas Metropolitan Police Officer Shay Mikalonis, may be forced to reckon with injuries received during the riots for the rest of their lives.

Retired St. Louis police captain David Dorn died June 2 while attempting to protect a local pawnshop belonging to an old friend of his, Lee’s Pawn and Jewelry, from suspected looters.

Dorn died around 2:30 a.m. in the middle of a street after he was shot in the torso, according to a police incident report, and his killing was caught on a Facebook live video. He had served 38 years in the St. Louis Police Department before he retired. 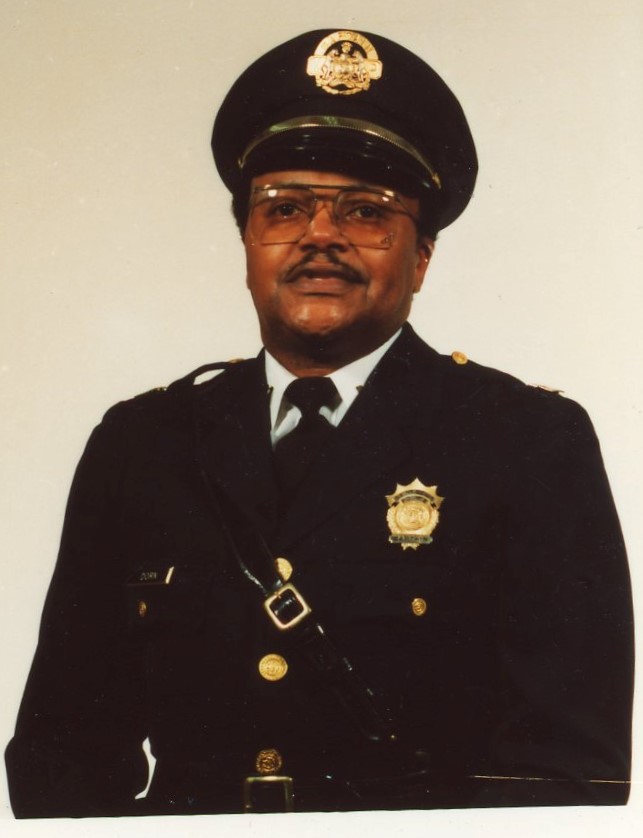 Fifty-three-year-old Dave Patrick Underwood died from gunshot wounds after he was shot by an unidentified subject in a vehicle on May 29 in Oakland, California. The FBI has not yet determined a motive for the shooting and is still investigating the matter.

Underwood and another officer, who was injured, were working as contract security officers for the Department of Homeland Security Federal Protective Service (FPS) when they were shot, according to an FBI press release. Oakland police have said that the shooting was most likely an incident targeting uniformed officers, according to the Wall Street Journal.

Sergeant Damon Gutzwiller was killed Saturday when he and other deputies investigated a suspicious vehicle and were allegeldy ambushed by a suspect using explosive devices and an assault rifle. The suspect shot Gutzwiller, who was taken to the hospital where he was pronounced dead, according to a statement from the Santa Cruz Deputy Sheriff’s Association.

“Sergeant Damon Gutzwiller served the community of Santa Cruz County since 2006 when he was hired by the Santa Cruz Sheriff’s Office,” the association said in a statement. “During that time he served as a patrol deputy and detective. When he was promoted to Sergeant he performed as the leader that this community needed and deserved.”

“Damon was a beautiful person who cared most about his family,” the statement said. “He leaves behind a wife who is 3 weeks away from delivering their second child, and the love of his life Carter, their 2 year old son.” 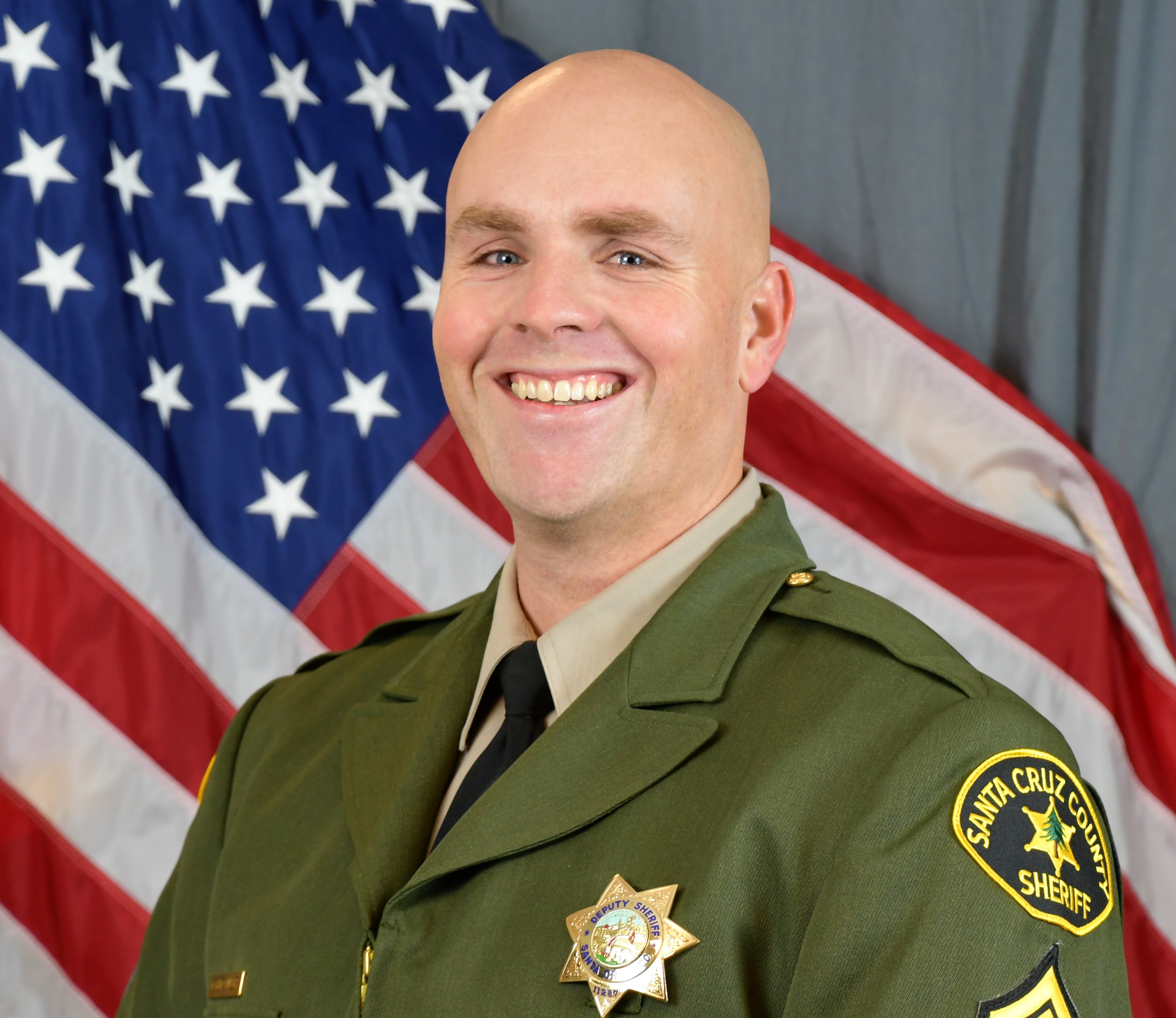 Las Vegas Metropolitan Police Officer Shay Mikalonis was shot in the head while he attempted to disperse protestors last week. His family said Tuesday that 29-year-old Mikalonis will probably remain on a ventilator for the remainder of his life, but that he is awake and “appears to recognize his family.”

“Shay is on a ventilator and will be for the foreseeable future or perhaps the rest of his life,” the family statement said, according to Fox News.

Early reports said that Mikalonis was killed in Las Vegas after being shot in the head, but police later confirmed he was alive and on life support.

We believe in the power of prayer & continue to ask that you lift up Shay in your prayers. Shay is a fighter & we have faith his situation will continue to improve. Thank you for all your support for Shay & his family!#BAC #BACFAM #LVMPD #Pray4Shay #PrayForShay #LasVegas #Vegas pic.twitter.com/KiwZ5fLrVW 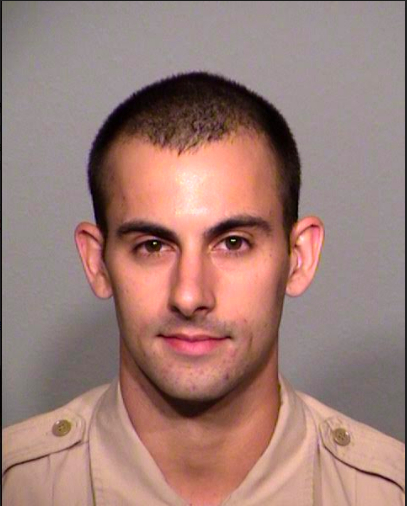 The officers were aiding the Civil Disobedience Team at 12:04 a.m. on June 2 when they “suddenly felt pain and realized they had been shot.”

“Due to the deployment of munitions by the SLMPD SWAT team, no gunshots were heard,” the incident report said. Caldwell told the DCNF that the St. Louis MPD does not provide the names of victims unless they are deceased and the next-of-kin has been notified.

Officers Jason Scott and Rashad Martin were shot early in the morning on June 2 during an exchange of gunfire near the Manchester Bridge in Richmond, Virginia. Both officers are recovering but “have a lot in front of them as far as rehab,” a police supervisor said Friday according to the Richmond Times Dispatch.

Twenty-five-year-old Scott was shot in the lower torso while 28-year-old Martin was shot in the leg. GoFundMe fundraisers created to assist both officers had raised more than $87,000 as of Wednesday afternoon.

Two days before the officers were injured, as Scott left to cover Richmond riots, Scott’s fiancee reportedly posted on Facebook, “Please, citizens of Richmond, let my officer come home to me safe at the end of the night.”

The Richmond Police Department did not respond to repeated requests for comment about the officers.

Two NYPD cops were shot and another was stabbed in the neck June 3 in what has been called an “unprovoked” attack, according to Fox News.

“I think we are all fed up with what we’re seeing and many levels. This violence has to stop,” NYPD Commissioner Dermot Shea told Fox. (RELATED: NYPD Cops Doused In Water, Struck In String Of Assaults — Officer Unions Are Infuriated)

New York police officers have been targeted in multiple instances throughout the riots. Video footage posted June 1 shows rioters ganging up on a police officer only hours before an SUV reportedly plowed through a group of both police officers and National Guard members.

BREAKING: A trooper and an officer were hit by a car that blew through a line of officers at the protest on Bailey Avenue according to PBA President John Evans. They were taken to ECMC. Stay with @SPECNewsBuffalo for updates. #Buffalo pic.twitter.com/odQygo09lH

The New York Daily News also reported that a different SUV full of suspected looters crashed into an NYPD officer in Greenwich Village.

The New York Police Department did not immediately respond to a request for comment from the DCNF.