For years, mainstream reporters and various publications have suggested that Republican presidents might attempt to stay in the White House even if they aren’t reelected, and the 2020 election is proving to be no different.

The conspiracy theory was pushed as recently as June 8, when New Yorker writer Dexter Filkens wondered aloud what would happen “if the president [Donald Trump] refuses to leave the White House.” Filkens, well known for his work as a war correspondent for The New York Times, made the comment during a discussion with MSNBC’s Chris Hayes on why Trump went into the White House bunker on May 29.

“And, you know, what if we have a close election that’s contested? What happens then? What happens if the president refuses to leave the White House?”

Despite there being no solid proof that Trump would refuse to leave the White House if he loses the 2020 election, Hayes didn’t push back on the theory. Filkens suggested Monday was “a bit of a dry run in terms of a stress test of various parts of the institutional integrity of the nation should the president try to do something wildly in breaking with American democratic traditions,” as Hayes summed up.

Filkens added that he spoke to numerous generals about the situation and many said “there will be no dispute” even amid a contested election. Filkens said he doesn’t think this is “the whole story” and pointed out that one general he talked to “was really concerned about” if America has “a close election.”

The Atlantic has also pushed this question, publishing an article in February 2020 wondering what would happen if the president refused to leave after an election loss. Even former Democratic candidates like former South Bend, Indiana Mayor Pete Buttigieg entertained the idea, The Hill reported that same month.

Will the Military Allow President Trump to Use It for Political Advantage? | The New Yorker — “The fear is that [if he loses the election] President Trump refuses to leave, and National Guard troops surround the White House [to back him up].” https://t.co/pvjG7t7gVw

MSNBC’s Glenn Kirschner: If Trump Refuses To Leave After Losing, Cops Will ‘Drag His Flabby Butt Out’ of White House https://t.co/9orVqt5kZ1

These reports are far from the first suggesting that a Republican president may refuse to concede his position.

Incumbent President George W. Bush made headlines leading up to the 2004 election when it was discovered that U.S. officials had “discussed the idea of postponing Election Day in the event of a terrorist attack on or about that day,” CNN reported.

Bush’s then-national security adviser Condoleezza Rice attempted to squash claims that Bush was trying to postpone the election, but reporters and publications still appeared to push the theory.

“The request by Bush administration officials for a detailed analysis of the legal steps that would be necessary to postpone the 2004 election represents an implicit threat to abrogate the US Constitution, dispense with democratic rights, and establish a dictatorship based on the military and police,” WSWS wrote, continuing on to claim that Rice’s response occurred during “an apparently rehearsed exchange with anchorman Wolf Blitzer.” 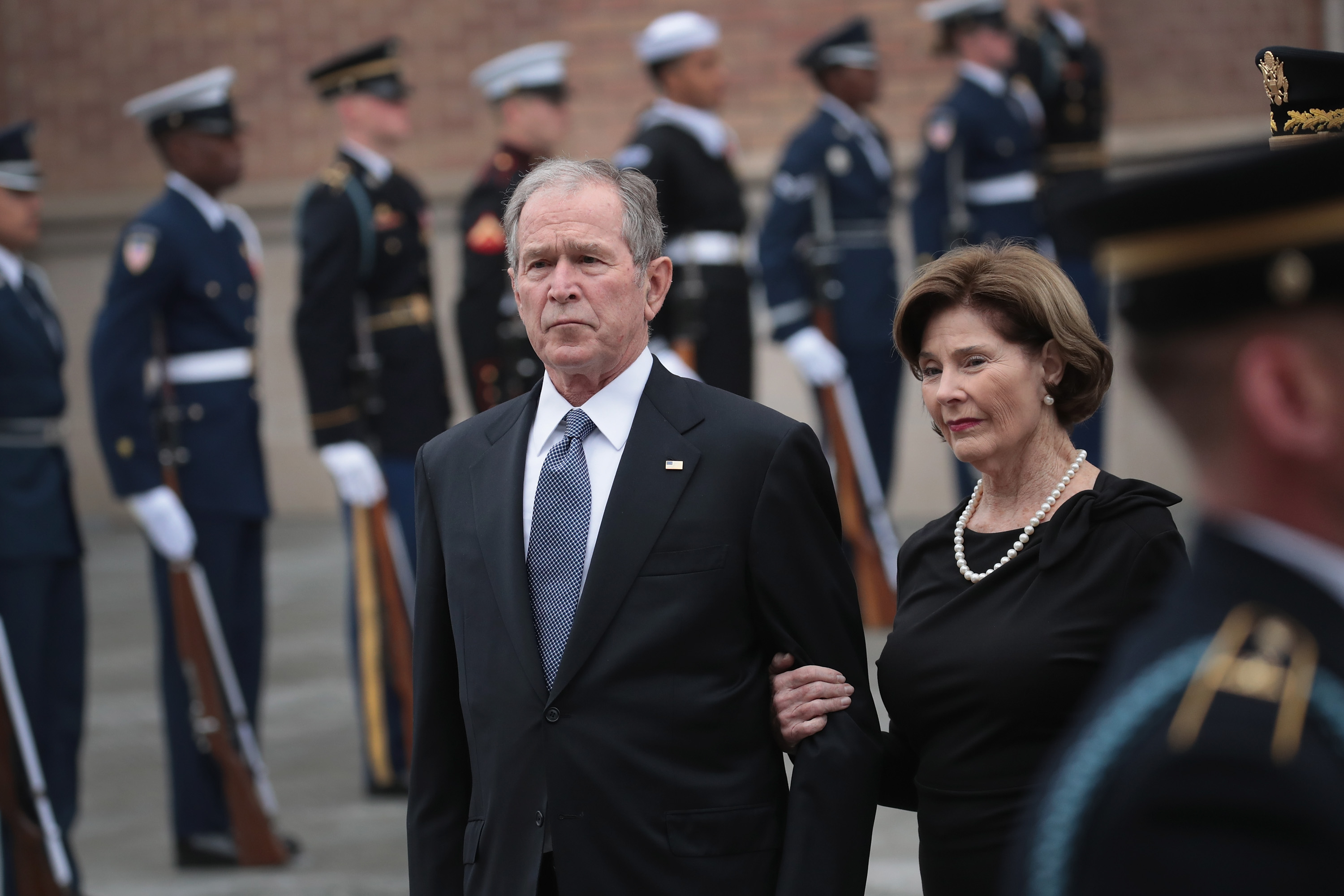 Michael R. Isikoff, currently the chief investigative correspondent at Yahoo! News, broke the news that officials were “reviewing a proposal that could allow for the postponement of the November presidential election in the event of” a terrorist attack. Isikoff was a reporter for Newsweek at the time.

Amy Goodman, the executive producer of Democracy Now!, interviewed Isikoff about the news. The interview did not mention Rice’s assurance that the talks did not mean Bush was trying to postpone the election.

“Could Bush Cancel the Election?” Goodman’s interview with Isikoff was headlined.

The conspiracy theory did not stop there. Just four years later, Bush was again subject to questions about if he would attempt to postpone the election and remain as president. Goodman produced a segment on Democracy Now! exploring whether Bush had stolen the 2004 election, another theory that has not seen any substantial proof behind it.

“Will Bush Cancel The 2008 Election?” an article on Common Dreams wondered. This article claimed that the administration had “both the inclination and the power to cancel the 2008 election.”

“Those who think this crew will quietly walk away from power are simply not paying attention. The real question is not how or when they might do it. It’s how, realistically, we can stop them,” the article continued.

Common Dreams’ article continued on to describe various precedents that would allegedly be important “should Team Bush envision a defeat in the 2008 election and decide to call it off.” Similarly, The Nation published an editorial “humor” article envisioning a world in which Bush did, in fact, postpone the election.

“President Bush, citing his authority as Commander in Chief of the armed forces and his inherent constitutional power over foreign affairs, today ordered a postponement of the 2008 presidential election in order ‘to protect the American people in our war on terror,'” the article joked.

The conspiracy theory for the 2008 election was apparently widespread enough for The Times to run an op-ed regarding the claim.

“Here is the latest big-picture conspiracy theory, which has been gathering strength on the blogosphere the way a hurricane feeds on Caribbean waters: It is widely believed, both online and, increasingly, offline, that the Bush administration intends to declare martial law and postpone next month’s elections. To prevent Barack Obama’s inevitable ascension to the Oval Office, obviously,” writer Alex Beam explained.

Beam described this now long-standing conspiracy as a “theory/rumor/delusion” and even pointed out a bookkeeper who had made “odds that the American election will be postponed.” Beam noted that, among others, the conspiracy theory was raised as far back as Republican President Richard Nixon’s time in office.

“We’ve seen this movie before, right? Writer Ron Rosenbaum remembers a 1972 story averring that Richard Nixon asked the RAND Corporation to study whether he could postpone that election, which he won, handily,” Beam wrote.

“The financial meltdown evokes Americans’ longtime fear and hatred of bankers, and people on the right think Obama’s candidacy might mean the end of civilization,” University of California historian Kathryn Olmsted said according to The Times op-ed. “What’s scary to the left right now is that Obama has a good chance of winning, and there is a segment of the far left that thinks ‘they’ will never let this happen.”