President Donald Trump stated during a Wednesday roundtable meeting at the White House that he plans to hold his next campaign rally in Tulsa, Oklahoma.

Trump told the gathered press pool that next Friday’s stop in Tulsa, his first rally since coronavirus social distancing pushed the campaign fully digital, will be followed by events in Florida, Arizona and North Carolina.

Trump noted that the campaign will be “going to North Carolina at the appropriate time.” (RELATED: Trump ‘Will Not Even Consider’ Renaming Military Bases Named After Confederate Generals) 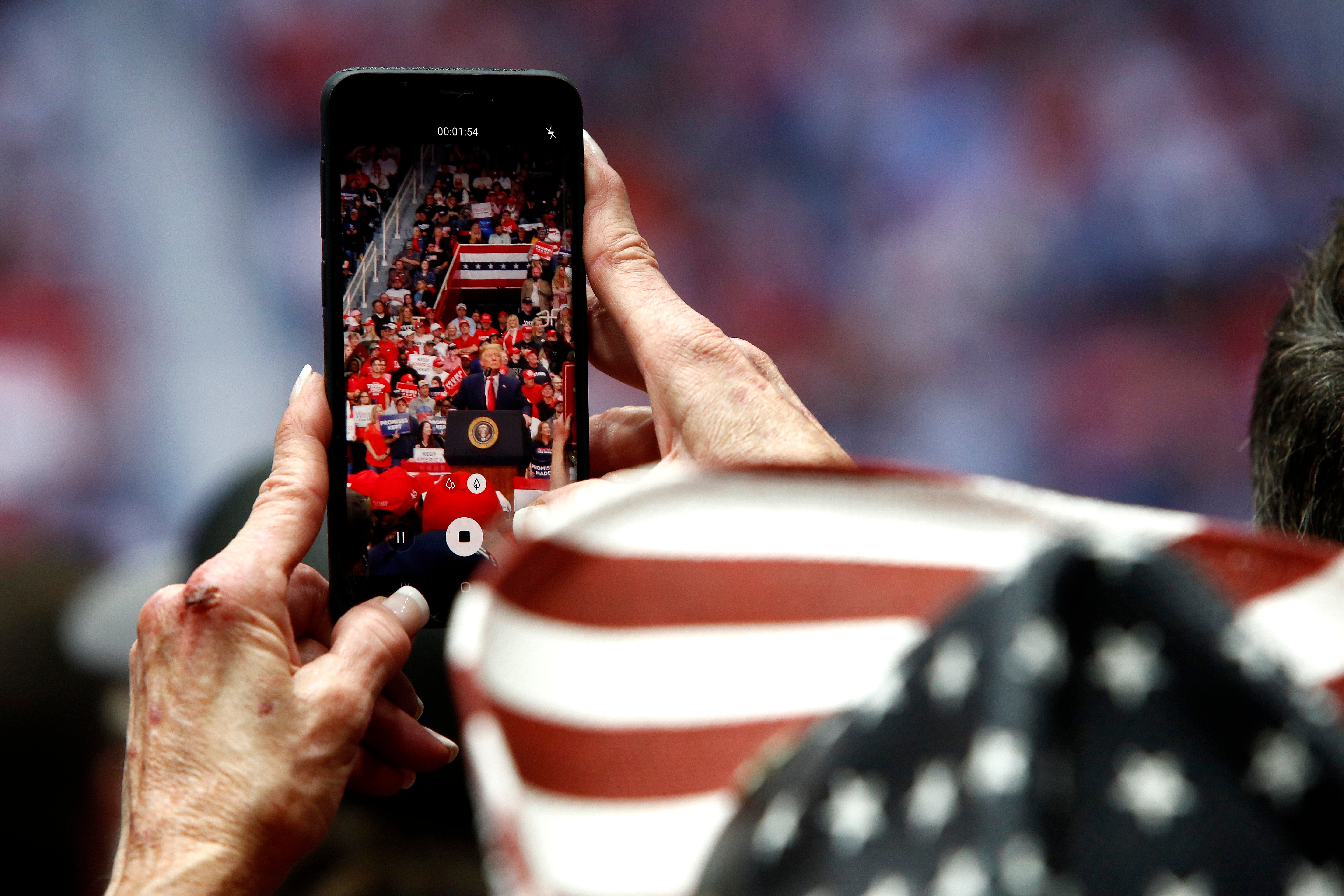 CHARLOTTE, NC – MARCH 2: A supporter films U.S. President Donald Trump as he speaks during a rally on March 2, 2020 in Charlotte, North Carolina. Trump was campaigning ahead of Super Tuesday. (Photo by Brian Blanco/Getty Images)

“The governor is a little backward there, he’s a little bit behind,” he said of Democratic North Carolina Gov. Roy Cooper, with whom he has publicly feuded over social distancing mandates at the Republican National Committee’s 2020 convention, originally scheduled to take place in Charlotte in August. “Unfortunately we’re going to probably be having no choice but to move the Republican convention to another location. That will be announced shortly.”

The Trump reelection campaign confirmed to the Daily Caller on Monday they planned to reboot rallies in the next two weeks, but the president himself moved up that timeline in a Tuesday tweet, expressing his desire to hold a rally next week. A campaign spokesman didn’t comment on the president’s statements and told the Daily Caller on Wednesday that a press release would contain the official announcement of the rally schedule.

The campaign is preparing to hit the trail at the same time that RNC officials search for a potential new site to host the 2020 convention. Though Washington Post wrote Tuesday that Jacksonville had tentatively emerged as the clear favorite, officials told the Daily Caller Wednesday morning that multiple cities, including Dallas, Nashville, Phoenix and Savannah, are still being considered.