FBI officials left key details about former British spy Christopher Steele and his infamous dossier out of a newly declassified Intelligence Community Assessment regarding Russian interference in the 2016 election.

The two-page document, which Director of National Intelligence John Ratcliffe declassified this week, describes Steele’s allegations about possible links between the Trump campaign and Russian government. It says that an FBI source — Steele — had provided information thought to be credible regarding Russia’s goals in meddling in the election.

But the document, which was attached as an annex to a Jan. 7, 2017, Intelligence Community Assessment, failed to disclose information that the FBI had regarding Steele that likely would have raised questions about his motives for investigating the Trump campaign, as well as the validity of his allegations.

According to a Justice Department inspector general’s (IG) report, Steele told his FBI handlers on Oct. 3, 2016, that a key sub-source for his dossier was a “boaster” and “egotist.”

The annex also does not disclose that the FBI cut ties with Steele on Nov. 1, 2016, after he had unauthorized contact with the media.

“The source’s reporting appears to have been acquired by multiple Western press organizations starting in October,” the annex stated.

What it leaves out is that the press outlets acquired Steele’s information from Steele himself.

The retired spy met with numerous journalists in the weeks and months leading up to the 2016 election. He was the primary source for a Yahoo! News article published Sept. 23, 2016, and a Mother Jones story published on Oct. 31, 2016.

While the annex stated that Steele produced the dossier on behalf of a private client, it does not identify the client as the Democratic National Committee and Clinton campaign. 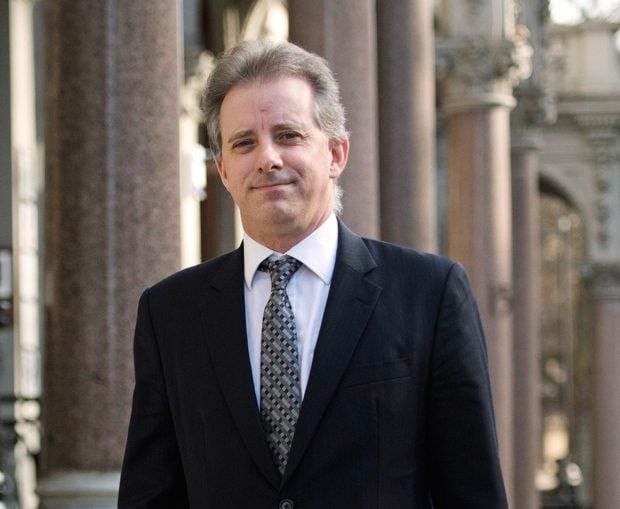 The annex leaves out all of that information.

It says that an FBI source volunteered “highly politically sensitive information” during summer 2016 regarding “Russian influence efforts aimed at the U.S. presidential election.”

“We have only limited corroboration of the source’s reporting in this case and did not use it to reach the analytic conclusions of the CIA/FBI/NSA assessment,” reads the annex.

The now-declassified annex said that “some of the FBI source’s reporting is consistent with the judgments in this assessment.”

The IG report said that FBI officials, including James Comey and Andrew McCabe, pushed to include the information in a Jan. 7, 2017, Intelligence Community Assessment regarding Russian efforts to influence the election.

The IG report said that McCabe argued that Steele was a “credible” source and that the annex would support the information about Russia’s covert election-related activities.

The ICA asserted that Russian operatives were behind hacks of Democrats’ computer networks, and that Russian President Vladimir Putin directed the operation in order to help Donald Trump defeat Hillary Clinton.

The IG report said that CIA analysts opposed including the annex in the ICA because the dossier appeared to be nothing more than “Internet rumor.”