Harry Potter author J.K. Rowling has not to backed off her defense of biological sex, despite criticism from LGBTQ activists and actors in the Harry Potter series.

The acclaimed fiction writer spoke out in a Wednesday blog post where she laid out her reasoning on why she continued to defend biological sex, as well as her anxieties over the number of young women who are seeking to transition to men.

“I refuse to bow down to a movement that I believe is doing demonstrable harm in seeking to erode ‘woman’ as a political and biological class and offering cover to predators like few before it,” Rowling said.

Drawing on her own experiences of domestic abuse, Rowling insists that she wants trans women to be safe, but she also does “not want to make natal girls and women less safe” by removing safeguards based on biological sex. (RELATED: J. K. Rowling Faces Deluge Of Attacks From LGBTQ Community Over Transgender Tweet)

The author’s insistence that biological sex is real has drawn criticism from actors Eddie Redmayne, Daniel Radcliffe, Emma Watson, the LGBTQ group GLAAD, and many others who accuse her of being a TERF — an acronym coined by trans activists, according to Rowling, which stands for Trans-Exclusionary Radical Feminist.

But Rowling is standing firm on her statements.

If sex isn’t real, there’s no same-sex attraction. If sex isn’t real, the lived reality of women globally is erased. I know and love trans people, but erasing the concept of sex removes the ability of many to meaningfully discuss their lives. It isn’t hate to speak the truth.

“I’ve read all the arguments about femaleness not residing in the sexed body, and the assertions that biological women don’t have common experiences, and I find them, too, deeply misogynistic and regressive,” Rowling wrote. 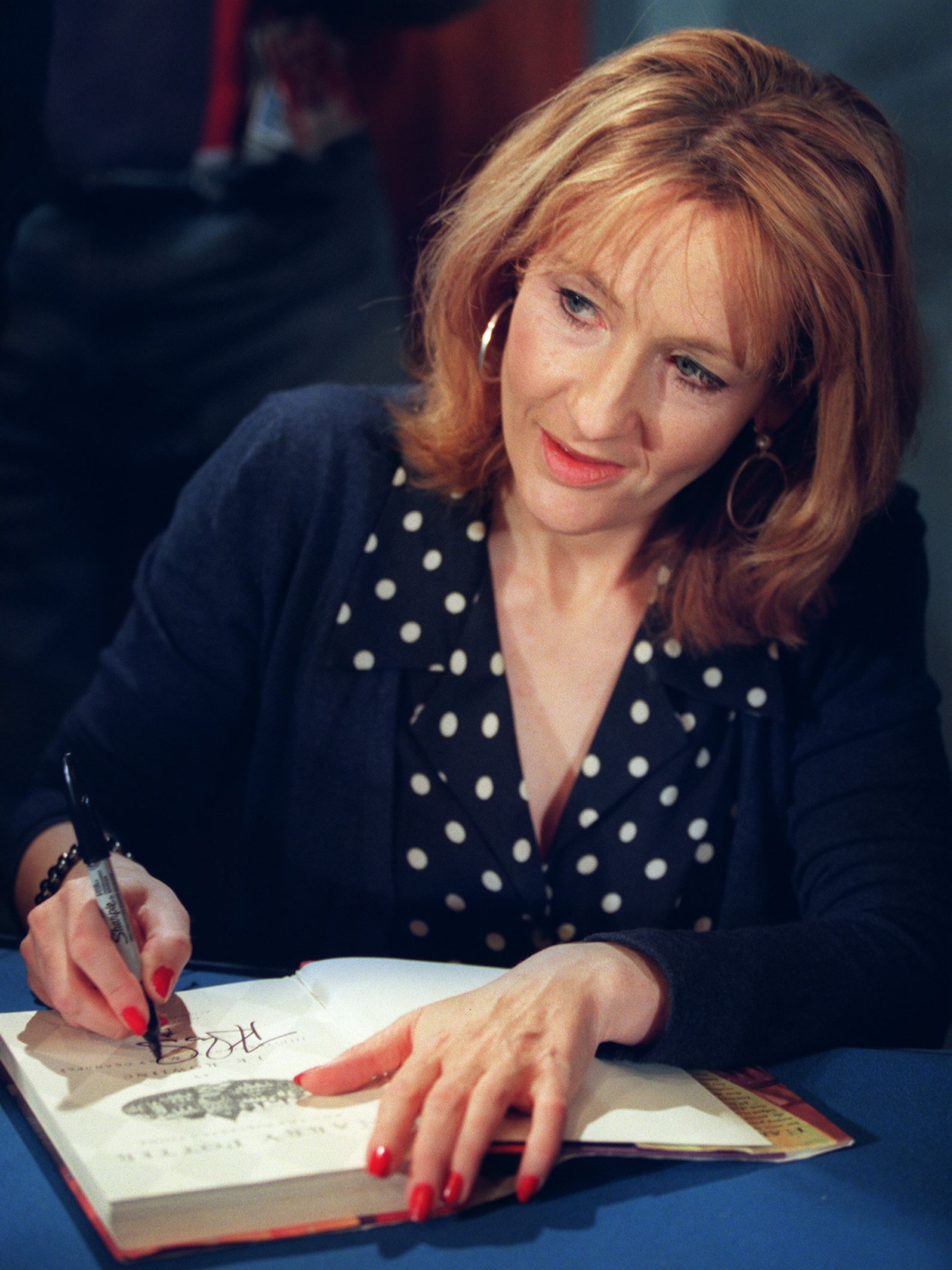 WASHINGTON, : J.K. Rowling, author of the best-selling Harry Potter children’s books autographs one of her works during a book signing 20 October, 1999 in Washington, DC. Rowling’s books, featuring Harry Potter a fictional orphan who attends a school for wizards, have become controversial in recent weeks as parents in a South Carolina school district seek to have the books banned for violent content. (Photo credit TIM SLOAN/AFP via Getty Images)

She continued: “It’s also clear that one of the objectives of denying the importance of sex is to erode what some seem to see as the cruelly segregationist idea of women having their own biological realities or – just as threatening – unifying realities that make them a cohesive political class. The hundreds of emails I’ve received in the last few days prove this erosion concerns many others just as much. It isn’t enough for women to be trans allies. Women must accept and admit that there is no material difference between trans women and themselves.”

“Woman” is not a costume or an idea in a man’s head, Rowling added. (RELATED: Pornography And Sex Trafficking Are ‘Completely Interwoven,’ Activists Warn)

I respect every trans person’s right to live any way that feels authentic and comfortable to them. I’d march with you if you were discriminated against on the basis of being trans. At the same time, my life has been shaped by being female. I do not believe it’s hateful to say so.

The author explained that she is interested in trans activism and it’s effects not only because it has a “significant impact on many of the causes” she supports, such as medical research into multiple sclerosis, but also because she has concerns about the effects of the trans rights movement on the education and safeguarding of children.

“I’m concerned about the huge explosion in young women wishing to transition and also about the increasing numbers who seem to be detransitioning (returning to their original sex), because they regret taking steps that have, in some cases, altered their bodies irrevocably, and taken away their fertility,” Rowling wrote.

“Some say they decided to transition after realising they were same-sex attracted, and that transitioning was partly driven by homophobia, either in society or in their families,” she added.

The author emphasizes that ten years ago, most people who sought gender transitions were male — a ratio that has “now reversed” in both the UK and the U.S., according to Rowling.

“The UK has experienced a 4400% increase in girls being referred for transitioning treatment. Autistic girls are hugely overrepresented in their numbers.

“The argument of many current trans activists is that if you don’t let a gender dysphoric teenager transition, they will kill themselves,” Rowling wrote. “In an article explaining why he resigned from the Tavistock (an NHS gender clinic in England) psychiatrist Marcus Evans stated that claims that children will kill themselves if not permitted to transition do not ‘align substantially with any robust data or studies in this area. Nor do they align with the cases I have encountered over decades as a psychotherapist.’”

Rowling described reading about the struggles of young trans men, such as anxiety, dissociation, eating disorders, self-harm and self-hatred, pondering whether she might have been tempted to transition herself if she were born 30 years later and were exposed to the variety of communities and resources presented to trans youth.

“I’ve wondered whether, if I’d been born 30 years later, I too might have tried to transition,” she wrote. “The allure of escaping womanhood would have been huge.”

“We’re living through the most misogynistic period I’ve experienced,” Rowling said. “Back in the 80s, I imagined that my future daughters, should I have any, would have it far better than I ever did, but between the backlash against feminism and a porn-saturated online culture, I believe things have got significantly worse for girls. ”

She continued: “Never have I seen women denigrated and dehumanised to the extent they are now. From the leader of the free world’s long history of sexual assault accusations and his proud boast of ‘grabbing them by the pussy’, to the incel (‘involuntarily celibate’) movement that rages against women who won’t give them sex, to the trans activists who declare that TERFs need punching and re-educating, men across the political spectrum seem to agree: women are asking for trouble. Everywhere, women are being told to shut up and sit down, or else.”