Leaders of persecuted Christian communities expressed their gratitude for an international religious freedom executive order that President Trump signed in June, according to the National Catholic Register.

Bishops of churches in the Middle East and Africa applauded the the Executive Order on Advancing International Religious Freedom, especially since it comes at a time of rampant persecution of an already dwindling religious minority in the region, the National Catholic Register reported.

The order asserts that the U.S. will make the enforcement of religious liberty a central part of U.S. foreign policy, and was issued June 2.

“We welcome the recent Executive Order on Advancing Religious Freedom,” Chaldean Archbishop Bashir Warda of Erbil, Iraq said according to the National Catholic Register. “Having directly experienced persecution, crimes against humanity and genocide because of our commitment to our faith, we are deeply grateful for the efforts of the administration to maintain an international focus on this issue.” 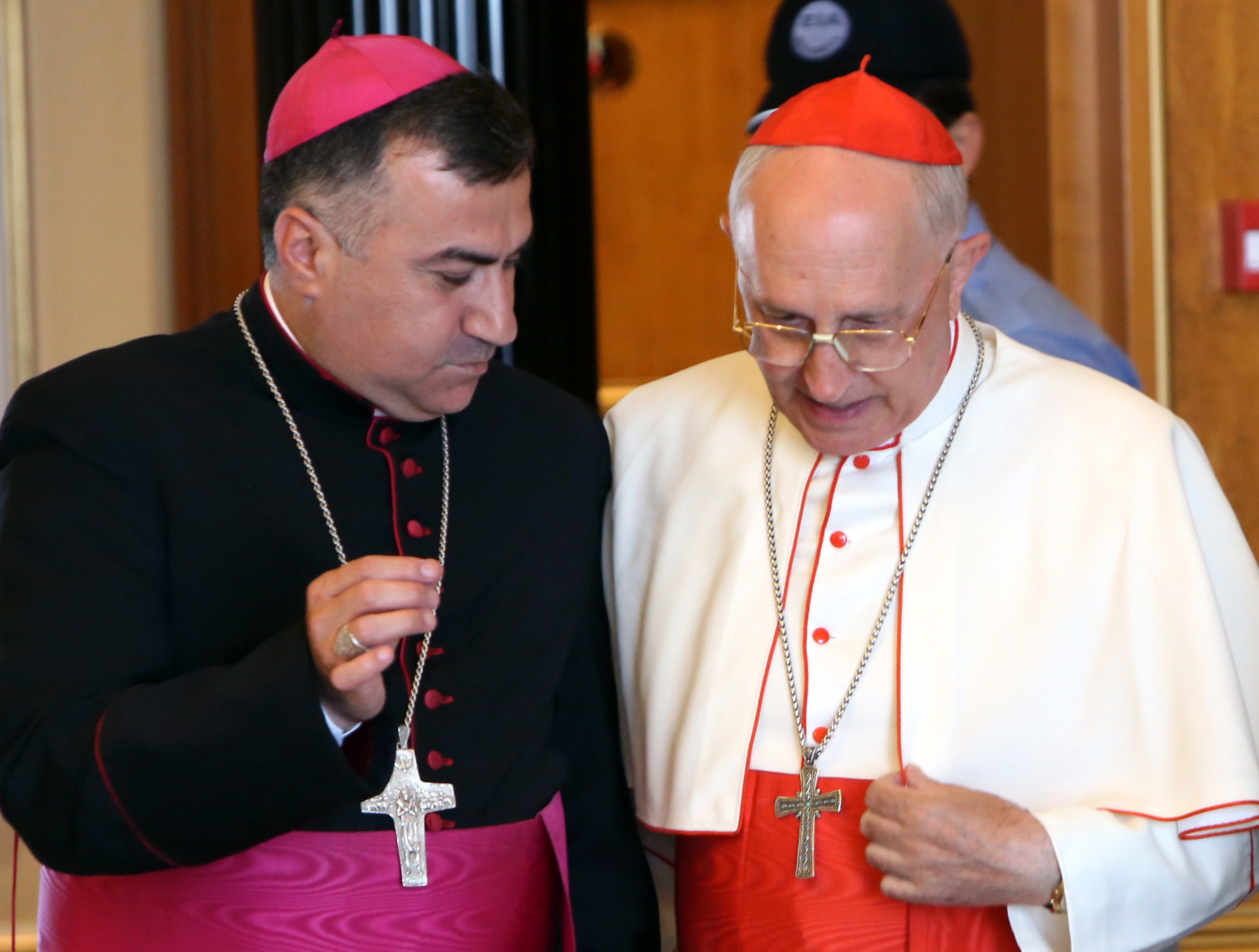 Iraq’s Christian population has been among the world’s most persecuted religious demographics, impacted by the Iraq invasion in 2003 and the rise of ISIS, which destroyed countless churches in the country and would mark the homes of Christians.

Syriac Catholic Patriarch Ignace Joseph III Younan welcomed the “courage” of President Trump when signing the order and hopes for an “effective follow-up” in the form of defending and preserving civil rights, creating jobs, promoting development and helping foster a true religious dialogue that they “dream of,” according to the National Catholic Register.

Younan emphasized the “horrific persecution” Syrian Catholics have experienced in the last decade in Iraq and Syria, and how he and another Catholic patriarch had expressed this as a “a matter of survival” to Vice President Mike Pence recently.

Christians in parts of the world, especially the Middle East and Africa, have faced “genocide” levels of persecution and the religion was found to be “at risk of disappearing” in places like Iraq, where the population dropped from 1.5 million before 2003 to less than 120,000, according to a 2019 review led by Bishop of Truro.

Bishop Matthew Hassan Kukah, who is from a heavily persecuted region of Nigeria, said the executive order will prioritize the persecution of Christians and other religions, which he viewed as “welcome development especially in the face of the crippling secularism that is trying to push religious identity to the sidelines,” the National Catholic Register reported. 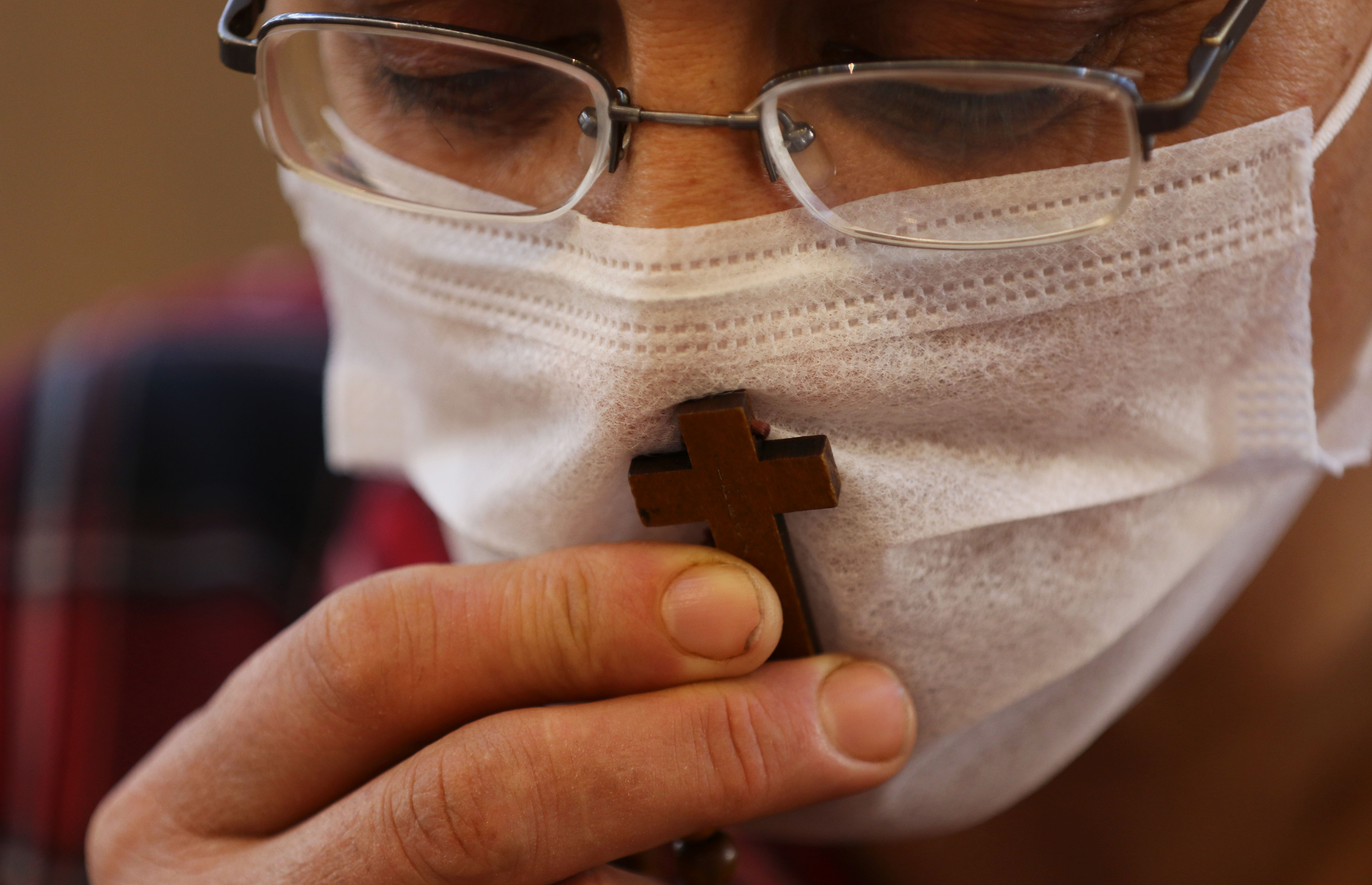 A Christian worshipper, wearing a protective mask due to the COVID-19 pandemic, kisses a cross as he prays at the Mart Shmoni church in Arbil, the capital of the autonomous Kurdish region of northern Iraq, on May 17, 2020. (Photo by SAFIN HAMED/AFP via Getty Images)

While many Christian leaders in the Levant have commended President Trump for bringing attention to their plight, they have also expressed disappointment when the U.S. has not delivered promises.

Patriarch Younan had pleaded with the Trump administration in 2017 to deliver “something real on the ground, not just words but a vision” when seeking to help Christians in Syria, Iraq, and Lebanon.

Although hopeful of the executive order, Bishop Kukah said it was “too early” to speculate its impact in Nigeria, and decried the lack of attention Christians in the region have received despite the alarming attacks against them.