The New York Times published an article fawning over the “Capitol Hill Autonomous Zone” (CHAZ) in which protesters have taken over six blocks downtown in Seattle.

“Free Food, Free Speech, and Free of Police,” is how the Times described the zone in a Thursday article. Police abandoned the six-block area earlier this week, leading protesters to repurpose police barricades to defend the area. NYT described protesters as having “liberated” the streets to create a “homeland for racial justice.”

“In a neighborhood that is the heart of the city’s art and culture — threatened these days as rising tech wealth brings in gentrification — protesters seized the moment. They reversed the barricades to shield the liberated streets and laid claim to several city blocks, now known as the ‘Capitol Hill Autonomous Zone,'” the Times wrote. 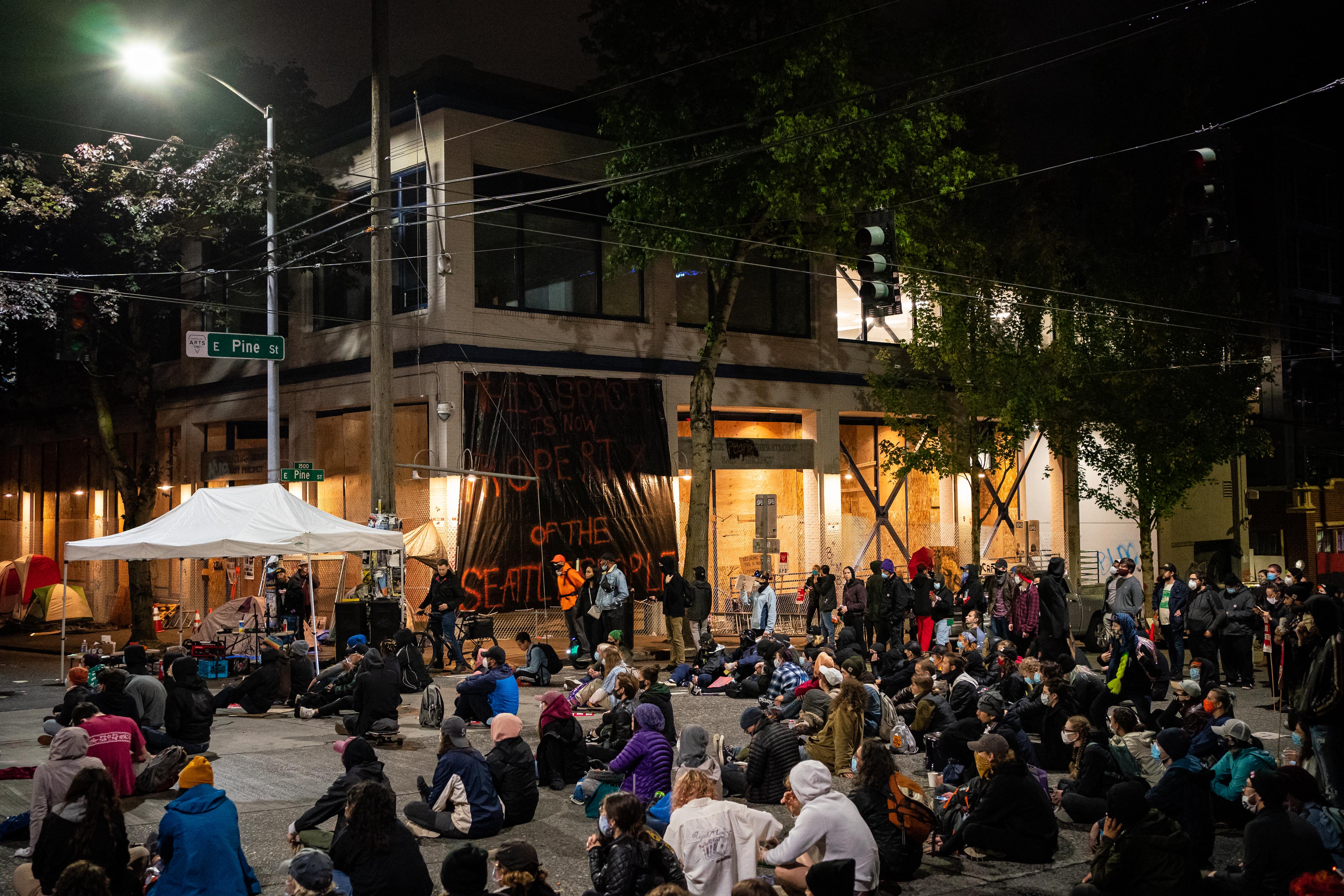 SEATTLE, WA – JUNE 09: People sit in the street while watching a documentary film screening outside of the Seattle Police Departments East Precinct on June 9, 2020 in Seattle, Washington. (Photo by David Ryder/Getty Images)

“‘This space is now property of the Seattle people,’ read a banner on the front entrance of the now-empty police station,” The article continued. “The entire area was now a homeland for racial justice — and, depending on the protester one talked to, perhaps something more.”

But what the article doesn’t mention are the reports from Seattle police of rampant crime and armed vigilantes stalking the area. (RELATED: Seattle Councilmember Says She Can’t Figure Out Why ‘Looting Bothers People’ When People Are ‘Dying Every Day)

“We’ve heard, anecdotally, reports of citizens and businesses being asked to pay a fee to operate within this area. This is the crime of extortion. If anyone has been subjected to this, we need them to call 911,” Assistant Chief of Police Deanna Nollette said on Wednesday, according to Fox News.

Antifa-affiliated groups seized control of the neighborhood, according to the City-Journal, which also reported that they set up barricades with a cardboard sign declaring “you are now leaving the USA.”

Police only pulled out of the precinct in an attempt to quell weeks of violence as protesters in the area took to rioting and looting. Multiple shootings were reported in the area before police left. (RELATED: Activist Who Helped Create ‘Police No Go Zone‘ Complains When Food Is Stolen)

Armed guards reportedly patrol the premises and demand identification from those they don’t recognize to prove they are residents of the area, Seattle police said according to Fox News. Many residents have reported not being allowed into their homes without providing I.D.

“It’s like checking in with somebody to get into your own home,” local resident Mckenzie Diamond KIRO7. “Just making it so people can get into their buildings. Keep the zone however they want, and move the fencing so people can go home.”