President Donald Trump is signing an executive order Thursday that will authorize economic sanctions on employees of the International Criminal Court (ICC) for pursuing investigations into U.S. military and intelligence personnel at Russia’s behest.

The order, senior administration officials told the Daily Caller, is specifically addressing an ICC appeals court’s March decision to authorize a war crimes tribunal into actions allegedly perpetrated by U.S. assets and their allies in Afghanistan. The U.S. is not a party to the ICC’s Rome Statute, and therefore does not fall under the jurisdiction of the court, which Secretary of State Mike Pompeo noted following the March authorization.

“This is a truly breathtaking action by an unaccountable political institution masquerading as a legal body,” he said at the time. “It is all the more reckless for this ruling to come just days after the United States signed a historic peace deal on Afghanistan, which is the best chance for peace in a generation.” 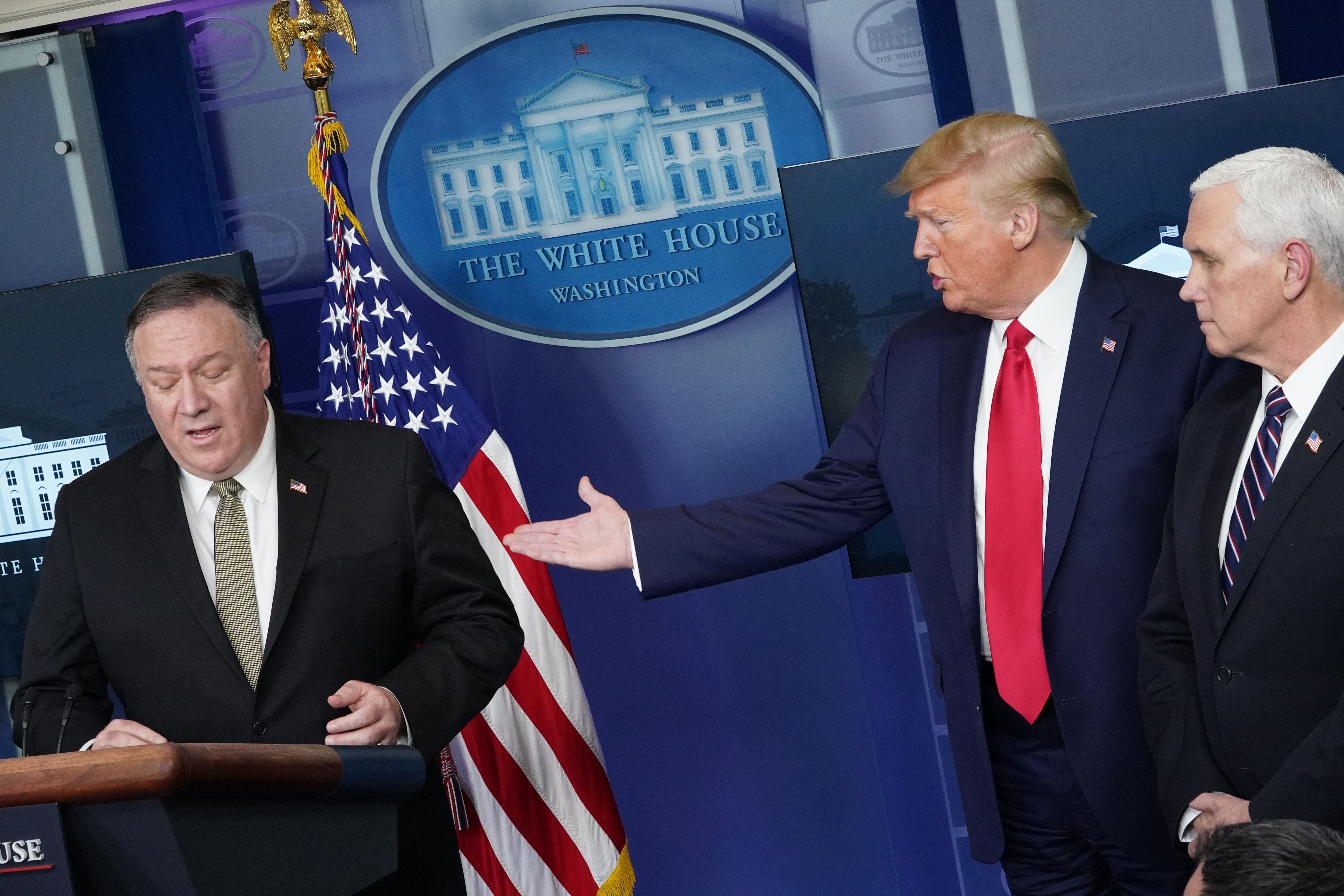 US Secretary of State Mike Pompeo, with US President Donald Trump and US Vice President Mike Pence, speaks during the daily briefing on the novel coronavirus, COVID-19, in the Brady Briefing Room at the White House on April 8, 2020, in Washington, DC. (Photo by MANDEL NGAN/AFP via Getty Images)

Administration officials accused Russia of improperly influencing ICC employees to carry out the investigation, despite the court’s lack of jurisdiction over U.S. personnel, but declined to elaborate on how exactly Russia might be subverting the true “purpose” of the court.

By signing Thursday’s order, Trump will authorize Pompeo, Treasury Secretary Steve Mnuchin, and Attorney General Bill Barr to freeze all U.S.-held assets of ICC employees who have “directly engaged in any effort” to “investigate, arrest, detain, or prosecute” U.S. personnel, under the International Economic Powers Act. Furthermore, the order authorizes the State Department to block any of those employees, or individuals believed to have supported them in pursuing ICC investigations, from entering the U.S.

Pompeo previously moved to revoke visas for certain ICC employees back in 2019, but administration officials say Thursday’s action is significantly broader in scope. (RELATED: Trump Announces Punitive Action Against China — Terminates Relationship With WHO, Orders Barring Of Certain Chinese Students From Entering US)

The ICC State Department will designate individuals on a case-by-case basis. While the order has no determined end date, officials could not say how many of the roughly 1,000 ICC employees would be impacted. 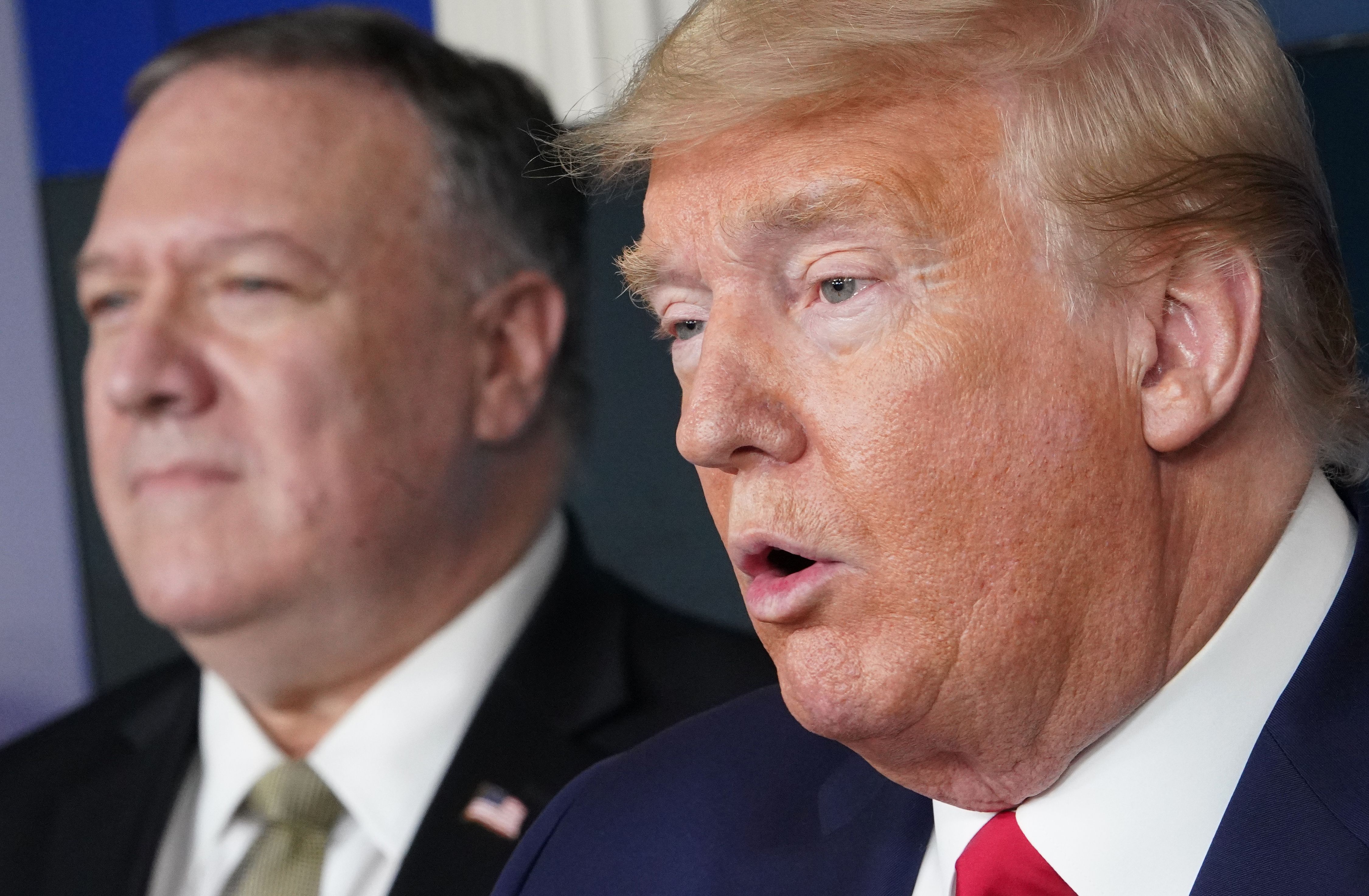 US Secretary of States Mike Pompeo watches US President Donald Trump speak during the daily briefing on the novel coronavirus, COVID-19, in the Brady Briefing Room at the White House on April 8, 2020, in Washington, DC. (Photo by MANDEL NGAN/AFP via Getty Images)

The order also extends the same courtesy to military and intelligence assets of U.S. allies, including any NATO members who have operated in Afghanistan over the past two decades. One official told the Caller that the president is concerned with defending Americans from “illegitimate investigations,” and will note hesitate to extend the same protections to all U.S. allies if “ICC’s actions continue in this unchecked way.” Another official singled out the ICC’s preliminary probe into Israel as an investigation where the U.S. could intercede.

“The International Criminal Court’s actions are an attack on the rights of the American people and threaten to infringe upon our national sovereignty,” she wrote in a statement accompanying the announcement. “The International Criminal Court was established to provide accountability for war crimes, but in practice it has been an unaccountable and ineffective international bureaucracy that targets and threatens United States personnel as well as personnel of our allies and partners.”

McEnany noted that the U.S. and its allies have repeatedly urged to ICC to “reform” its “politically-motivated investigations” and are “concerned that adversary nations,” like Russia, in addition to “corruption and misconduct” are influencing “the highest levels of the International Criminal Court Office of the Prosecutor.”