A New Hampshire Democrat has walked back her comments that school choice only works for well-educated parents and shouldn’t be available for everyone.

“This idea of parental choice, you know, that’s great if the parent is well-educated and has the time to review the product,” New Hampshire state Sen. Jeanne Dietsch said during a Tuesday hearing, Inside Sources first reported. “There are some families that’s perfect for. But to force that and to make it available to everyone? No…I just think you are asking for a huge amount of trouble and I do not recommend it.”

The hearing was on SB 514, a bill exploring alternative, extended learning, and work-based programs which might be accepted for credit by a local school board.

The state senator’s spokesman Brandon Latham told the Daily Caller News Foundation Friday that Dietsch “misspoke” when she made the comments, and that she was “just trying to articulate that she believes the best education comes from people who know the kids, the communities, and the subjects.”

Parental choice, or school choice, allows parents to choose the public school their child will attend, rather than having their child assigned to a school based on where the family lives. Secretary of Education Betsy DeVos has focused many of her efforts on expanding school choice since she became the education secretary in 2017. (RELATED: ‘It’s Time For A Lesson’: Betsy DeVos Fires Back At Teacher Union Head)

Dietsch received pushback for her comments during the Tuesday hearing. “Is it your belief that only well-educated parents can make proper decisions as to what’s in the best interest of their children,” Republican State Rep. Glenn Cordelli asked Dietsch in response to her statements.

“In a democracy, particularly in the United States, public education has been the means for people to move up to greater opportunities, for each generation to be able to succeed that much more than their parents have. My father didn’t graduate from high school, so it was really important that I went to college,” Dietsch responded. “Each generation wants more and better for their kids.” 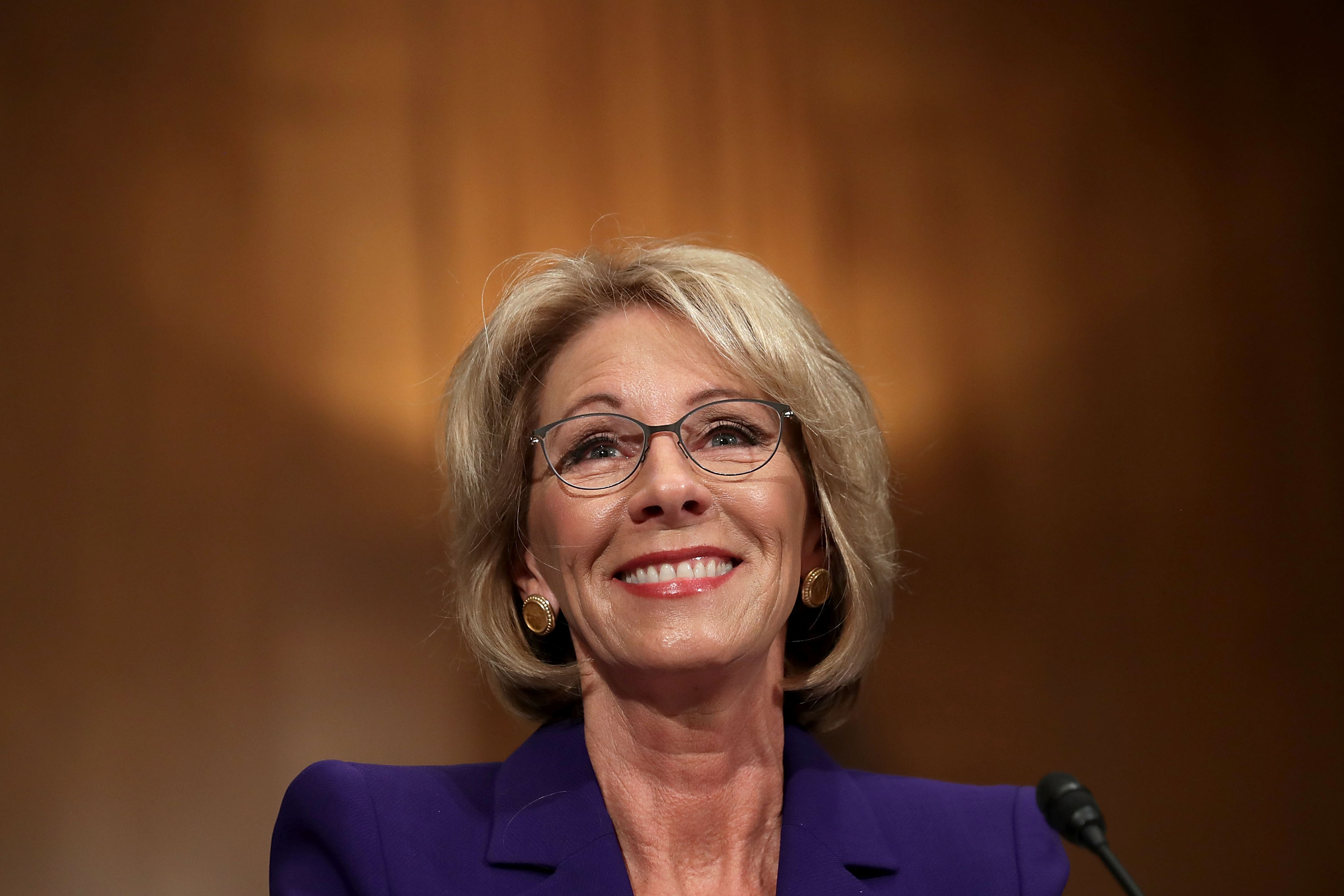 Betsy DeVos testifies during her confirmation hearing. DeVos is known for her advocacy of school choice and education voucher programs and is a long-time leader of the Republican Party in Michigan. (Chip Somodevilla/Getty Images)

“When it gets into the details, would my father have known what courses I should be taking? I don’t think so,” she said in the hearing, adding that it is up to the next generation to move beyond their parents.

Dietsch told the DCNF in an email Friday that her words were taken out of context and that “of course” she believes that parents should be involved in high-school students’ choices for education. The legislation in question, she said, deals specifically with high schools.

“Of course parents should be engaged in high-school students’ choices for education,” she said. “Can every parent discriminate between a course in woodworking that will teach skills that a 21st century craftsman will use and an organization that uses high-school interns to pick up nails and carry boards? Not unless they have the time and understanding. That is why we need local educators involved in determining what activities should qualify as school credit.”