A North Carolina man was arrested Friday after federal and state authorities say he threatened to burn down a black church in Virginia, numerous sources reported.

John Malcolm Bareswill, 63, of Catawba, North Carolina, was arrested for allegedly threatening to burn down a Baptist church in Virginia Beach, Virginia, the U.S. Attorney’s Office for the Eastern District of Virginia said according to the Associated Press.

On the morning of June 7, Bareswill, who works in Virginia Beach, allegedly called the church several days after one of the church’s leaders participated in a prayer vigil and protest related to the death of George Floyd. 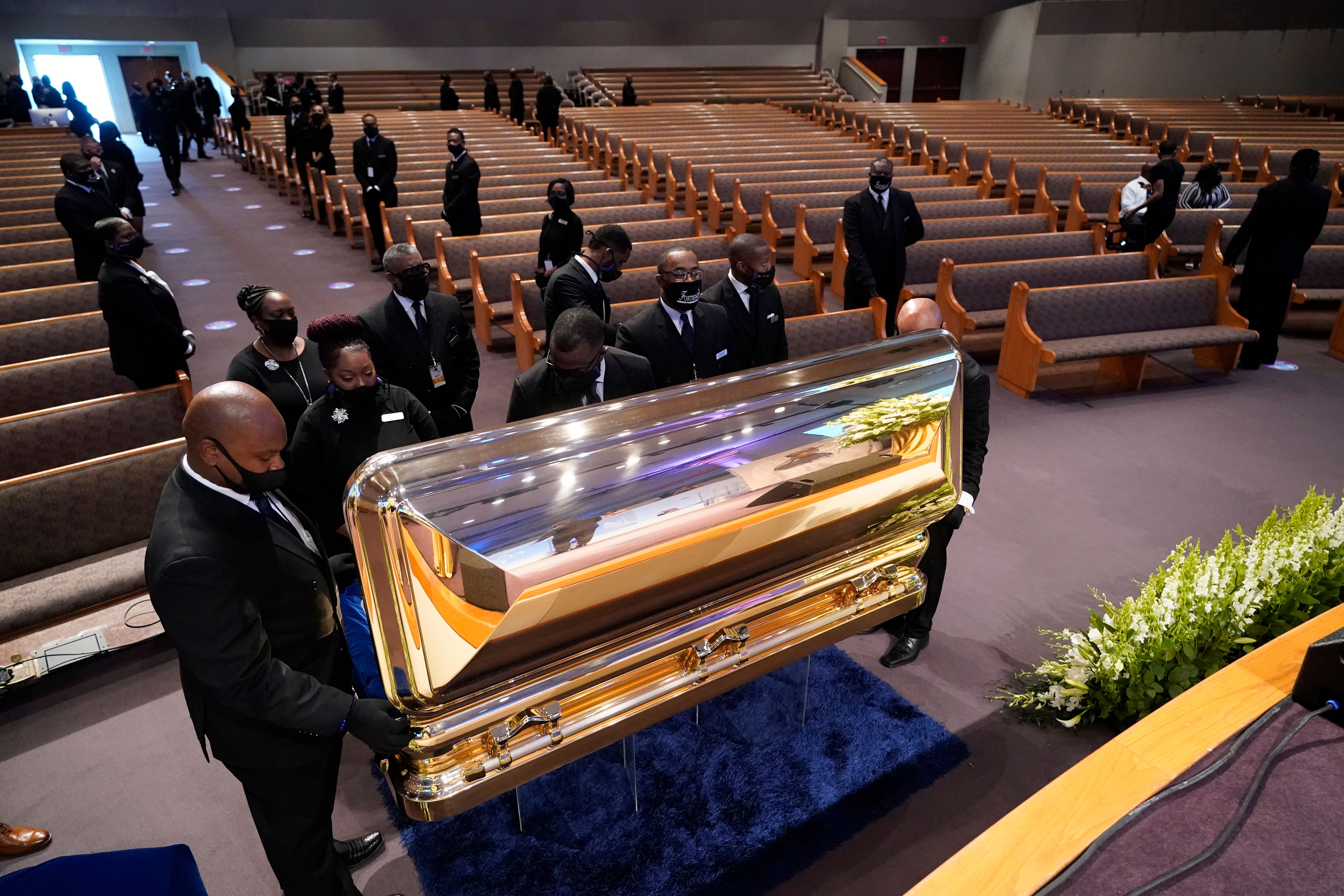 The casket of George Floyd is placed in the chapel during a funeral service on June 9, 2020, at The Fountain of Praise church in Houston, Texas. (DAVID J. PHILLIP/POOL/AFP via Getty Images)

During the call, Bareswill allegedly said “you [racial slur] need to shut up” and threatened to set the church on fire, two people who overheard the call said, NBC reported. (RELATED: EXCLUSIVE: MLK’s Niece Says Biden Speaks From A Different Reality In Saying Floyd’s Death Had A Bigger Impact Than MLK’s Assassination)

Bareswill told investigators he didn’t call any churches the morning of June 7 and that he was asleep at that time. Phone records showed that the church received one call that morning, and investigators traced the number to a cellphone owned by Bareswill, according to NBC News.

Phone records also showed that Bareswill had searched for predominantly Black churches in the area, and among the searched churches was the one that had received a call from his cellphone. His his cell phone also showed there was an outgoing call to the church the morning of June 7.