Pro-life groups applauded the Trump administration’s clarification Friday that sex discrimination does not include abortion when it comes to health care and coverage.

“HHS respects the dignity of every human being, and as we have shown in our response to the pandemic, we vigorously protect and enforce the civil rights of all to the fullest extent permitted by our laws as passed by Congress,” said Roger Severino, director of the Office for Civil Rights at HHS. “We are unwavering in our commitment to enforcing civil rights in healthcare.”

In 2016, according to HHS, Obama redefined sex discrimination to include abortion and gender identity — defined as “one’s internal sense of gender, which may be male, female, neither, or a combination of male and female.”

Under the final rule, HHS will return to the government’s interpretation of sex discrimination “according to the plain meaning of the word ‘sex’ as male or female and as determined by biology,” the HHS press release stated. The Obama administration’s 2016 rule “declined to recognize sexual orientation as a protected category under the ACA, and HHS will leave that judgment undisturbed.”

The American Civil Liberties Union has said that it will sue to overturn the rule. Neither the ACLU nor Planned Parenthood responded to requests for comment from the Daily Caller News Foundation.

The rule will also lift approximately $2.9 billion in undue regulatory burdens off the backs of Americans, HHS noted, by eliminating mandates for “entities to send patients and customers excessive ‘notice and taglines’ inserts in 15 or more foreign languages in almost every health care and insurance mailing.”

Pro-life groups applauded the ruling in statements Friday afternoon, thanking the Trump administration for protecting the unborn and for standing by traditional interpretations of sex. (RELATED: Here’s How Joe Biden Has Evolved On Abortion As He Attempts To Become President)

“The Department of Health and Human Services has corrected a dangerous Obamacare rule that distorted key portions of the legislation to the detriment of both medical professionals and patients,” said Mary Beth Waddell, senior legislative assistant for the Family Research Council, in a statement provided to the DCNF.

She continued: “The rule finalized today helps protect health care providers from being forced to participate in and perform services that substantially violate their consciences and help protect their patients.” 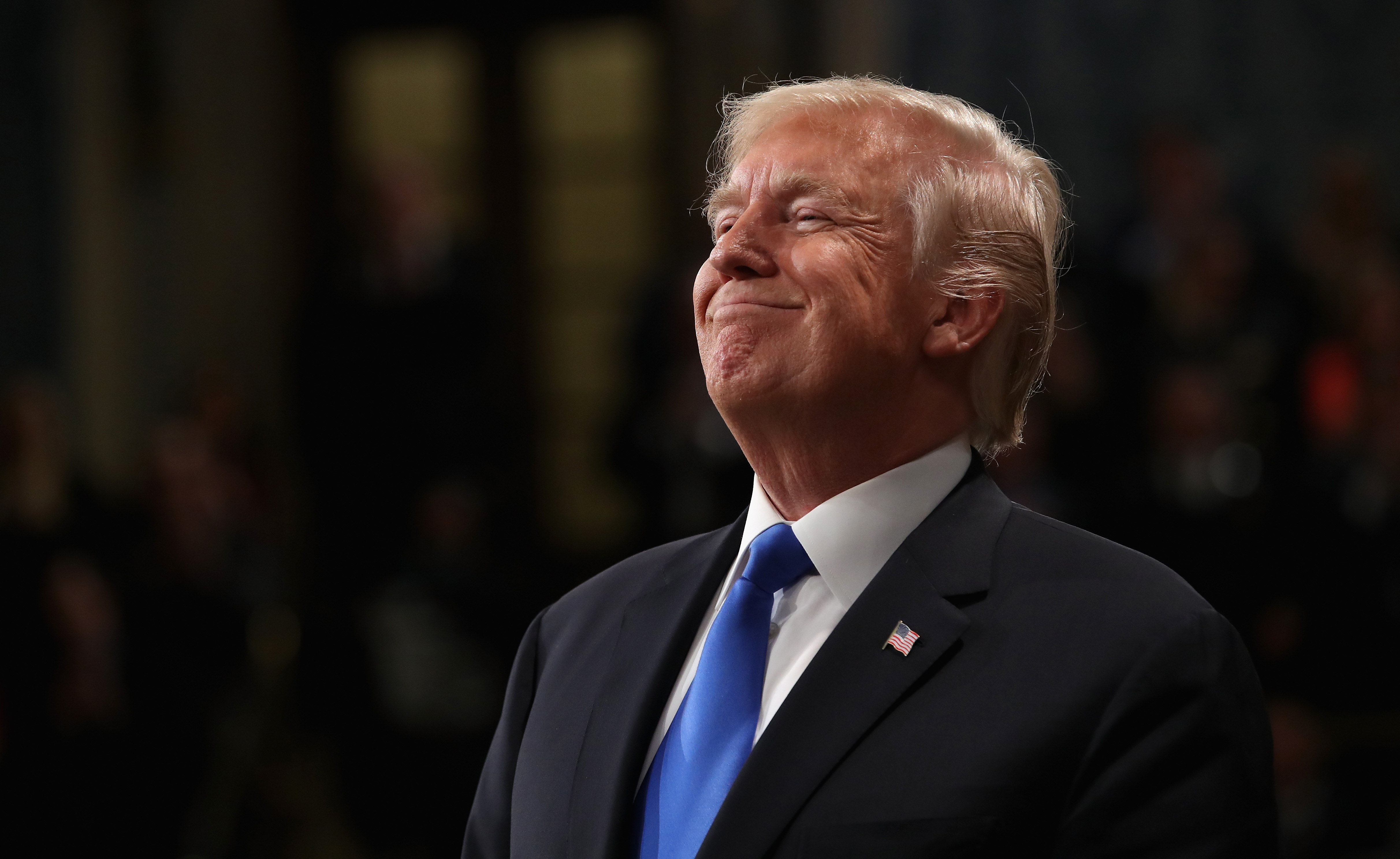 U.S. President Donald J. Trump smiles during the State of the Union address in the chamber of the U.S. House of Representatives January 30, 2018 in Washington, DC. (Photo by Win McNamee/Getty Images)

“Preventing ‘discrimination on the basis of sex’ was intended to ensure that women are treated on a par with men,” Christie said. “Changing the definition of sex to mean ‘gender identity’ and to include unfettered access to abortion would not have protected the vulnerable.”

If the legislation hadn’t been clarified, it would have been “impossible” for doctors to decline to perform “ethically problematic procedures (like late-term abortion) and experimental and dangerous ones (like the removal of healthy organs from young patients with gender dysphoria),” Christie added.

“Today he delivered another important victory for conscience in America. Abortion is not health care and should never be mandated by the government,” Dannenfelser said. “The Obama/Biden administration sought to expand abortion at every turn, even trying to reinterpret federal law to define abortion as a civil right.”

She continued: “Since serving in the Obama administration, Joe Biden’s views on abortion have become even more extreme, as he now supports forcing taxpayers to pay for abortion on demand — even brutal late-term abortions.”

“We thank President Trump and Secretary Azar for standing firmly on the side of the majority of Americans who reject taxpayer funding of abortion, and for the action taken today to roll back the Obama/Biden-era assault on conscience,” she added.