Tennessee Gov. Bill Lee put the city of Nashville on notice Friday, saying he does not want the state Capitol to imitate Seattle’s experiment with anarchy.

Lee told activists not to consider seizing a portion of the city because “lawlessness, autonomous zones, and violence will not be tolerated.”

Local activists are planning to create an “autonomous zone” like the one in Seattle that has banned police and attracted national attention, the Tennessean reported. The protesters reportedly want to show their solidarity with activists in Seattle who proclaimed the Capitol Hill Autonomous Zone (CHAZ) this week. (RELATED: Seattle Councilmember Says She Can’t Figure Out Why ‘Looting Bothers People’ When People Are ‘Dying Every Day) 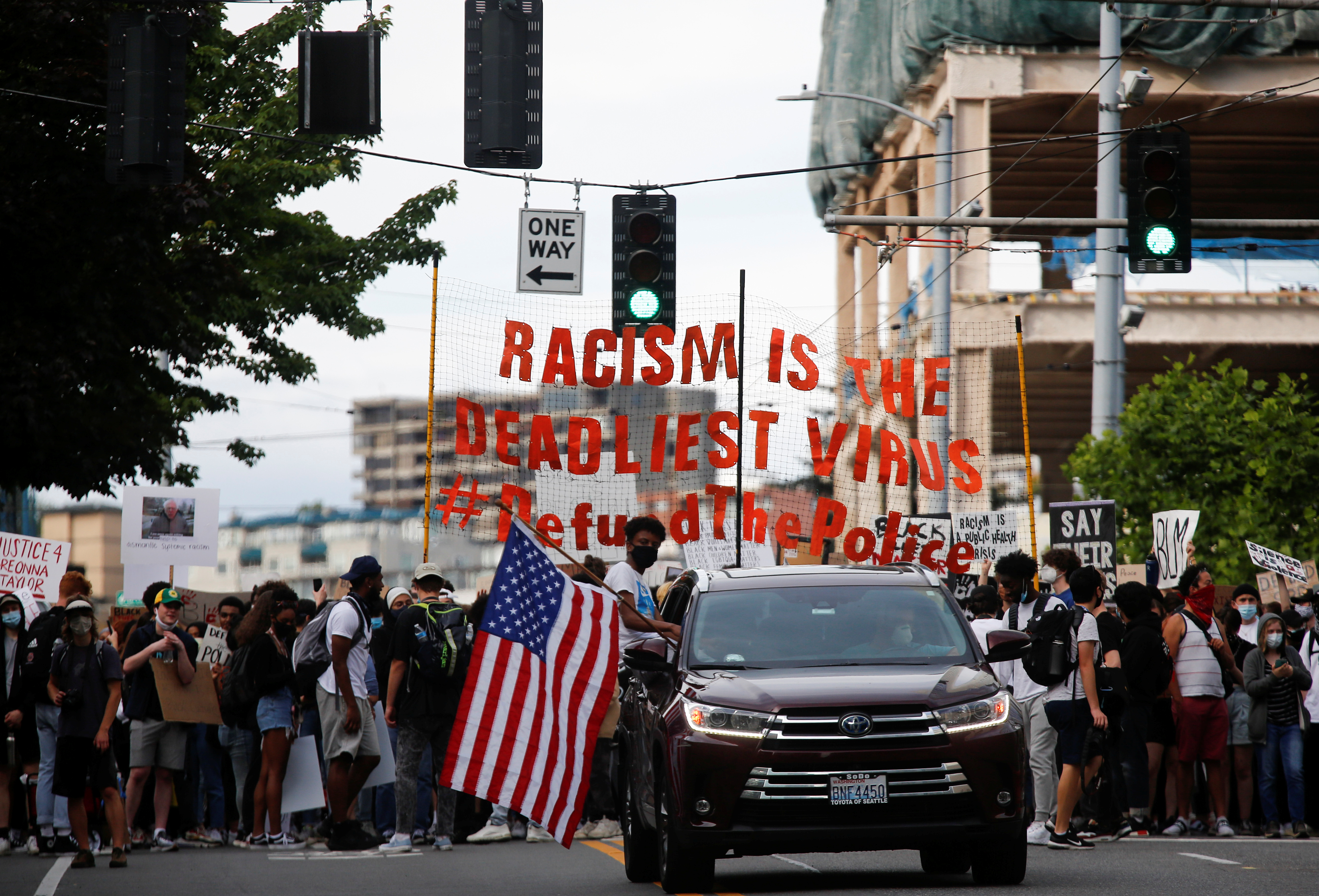 A protester sits out of the window of a car with an American flag as a youth-led protest group walks towards the Seattle Police Department’s West Precinct in Seattle, Washington, U.S. June 10, 2020. REUTERS/Lindsey Wasson

The “liberated” area is situated around the precinct that police abandoned Monday night as rioting engulfed the city. A Minneapolis police precinct also went up in flames when protests, rioting and looting rocked that city in the wake of George Floyd’s death.

The occupation was met with the approval of Democratic Seattle Mayor Jenny Durkan who has said the spectacle is more like “a block party” than “an armed camp.”

A “Capitol Hill Autonomous Zone” sign hangs on the exterior of the Seattle Police Departments East Precinct on June 9, 2020 in Seattle, Washington. Protests have continued in many parts of the city including inside City Hall and around the Seattle Police Departments East Precinct, an area that has earned the moniker “Capitol Hill Autonomous Zone,” during ongoing Black Lives Matter protests in the wake of George Floyds death. (Photo by David Ryder/Getty Images)

But that’s not how Assistant Seattle Police Chief Deanna Nollette has described the situation, charging the Antifa-laced activists with establishing armed checkpoints and intimidating city residents.(RELATED: Activist Who Helped Create ‘Police No Go Zone‘ Complains When Food Is Stolen)

President Donald Trump has called the activists “domestic terrorists” and urged Seattle Mayor Jenny Durkan to deal with the problem in her backyard. Durkan ignored Trump’s advice and told the president Thursday to “to go back to your bunker.”

Trump responded Friday by saying “Seattle Mayor says, about the anarchists takeover of her city, ‘it is a Summer of Love.’ These Liberal Dems don’t have a clue.”

Seattle Mayor says, about the anarchists takeover of her city, “it is a Summer of Love”. These Liberal Dems don’t have a clue. The terrorists burn and pillage our cities, and they think it is just wonderful, even the death. Must end this Seattle takeover now!