Law enforcement bills of rights found in state laws and provisions in police union contracts that critics say protect “bad cops” have come into focus in the aftermath of the death of George Floyd.

Floyd died in Minneapolis police custody May 25 after an officer knelt on his neck for several minutes, video showed, leading to protests and riots across the country. Floyd’s death catalyzed calls for reform such as banning chokeholds, defunding police departments and renegotiating contracts between police unions and cities.

“One of the things we provide our members that the public might not appreciate is legal defense in the event that through the course of their duty they’re charged with a crime,” Dennis Slocumb, vice president emeritus of the International Union of Police Associations, told the Daily Caller News Foundation. 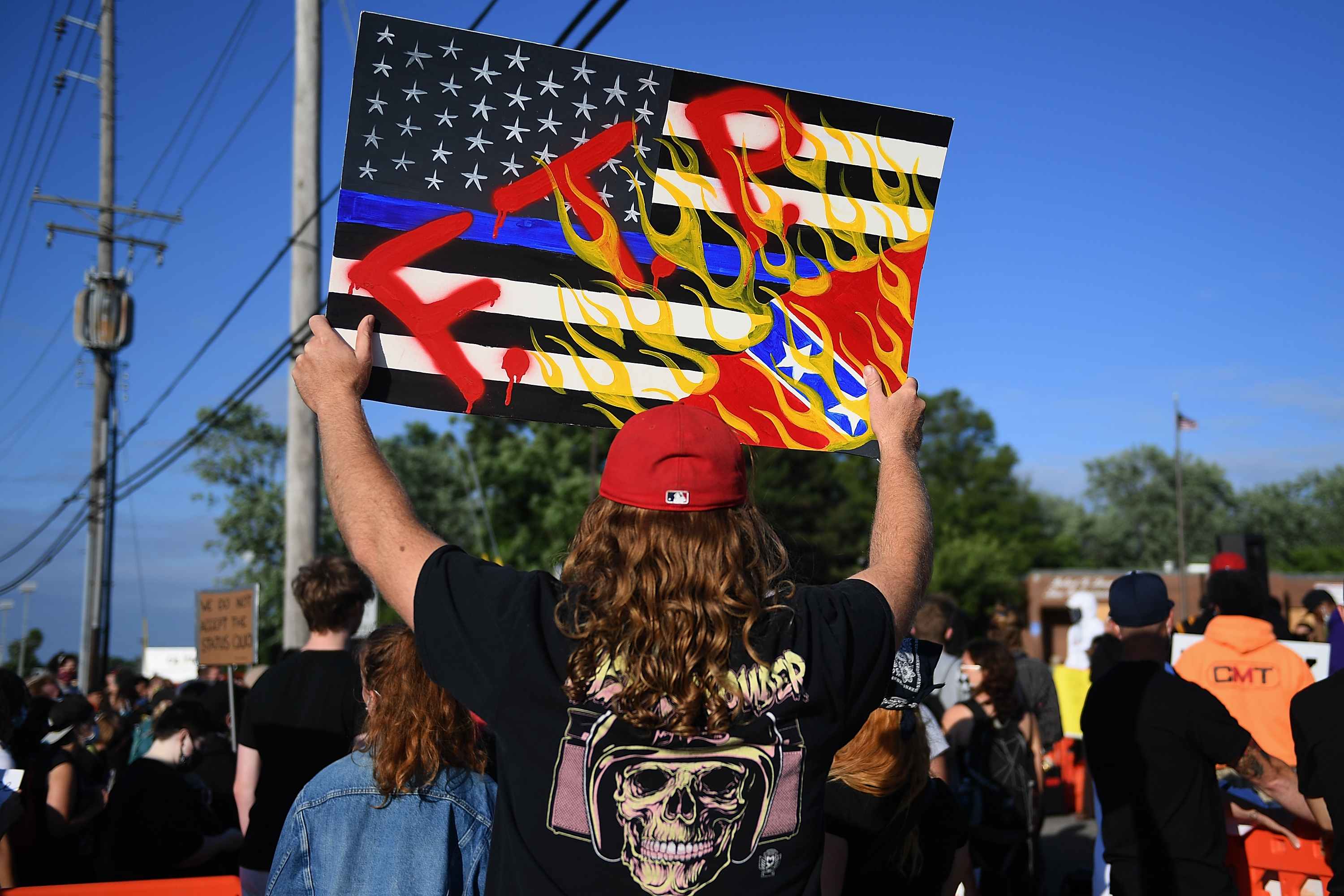 Protesters outside the Florissant Police Department on June 10, 2020 in Florissant, Missouri. (Michael B. Thomas/Getty Images)

However, critics said that police officers are given special privileges not afforded to most Americans when they are being criminally investigated. (RELATED: Tulsa Police Investigating Arrest Of Black Teen, Body Cam Video Released)

“The process of holding cops accountable shouldn’t be privately negotiated,” Trevor Burrus, a research fellow at the Cato Institute, told the DCNF.

Burrus noted that there are two common provisions in union contracts or in state law, which he said protect police officers under investigation: law enforcement officers’ bill of rights and expungement.

Law enforcement officers’ bill of rights are legal guidelines for how police officers can be treated during the course of an investigation into their conduct, according to the Cato Institute. These guidelines specify important details of the investigative process, such as the length of investigations, when officers have the right to counsel and whether accused officers may access investigative files before a hearing.

The contract between the River City Fraternal Order of Police and the City of Louisville includes a law enforcement bill of rights, which prevents officers from being fired until an investigation has concluded. Louisville Mayor Greg Fischer blamed this provision for why officers involved in the death of Breonna Taylor haven’t been fired, according to The Louisville Courier-Journal.

Taylor died while Louisville police were serving a “no-knock” search warrant in March. Taylor, who was unarmed, was shot eight times by the plain-cloths officers while they exchanged fire with her boyfriend, Kenneth Walker. Prosecutors dropped all charges against Walker in May.

Following the 2015 death of Freddie Gray in Baltimore police custody, Mayor Stephanie Rawlings-Blake pointed to the legislation as an obstacle to holding officers accountable. She said the city’s hands were tied “because of our Law Enforcement Officers’ Bill of Rights,” according to The Marshall Project.

Expungement, the second provision in state laws and union contracts that Burrus noted as protecting officers who are under investigation, allows officers to have their records wiped clean. 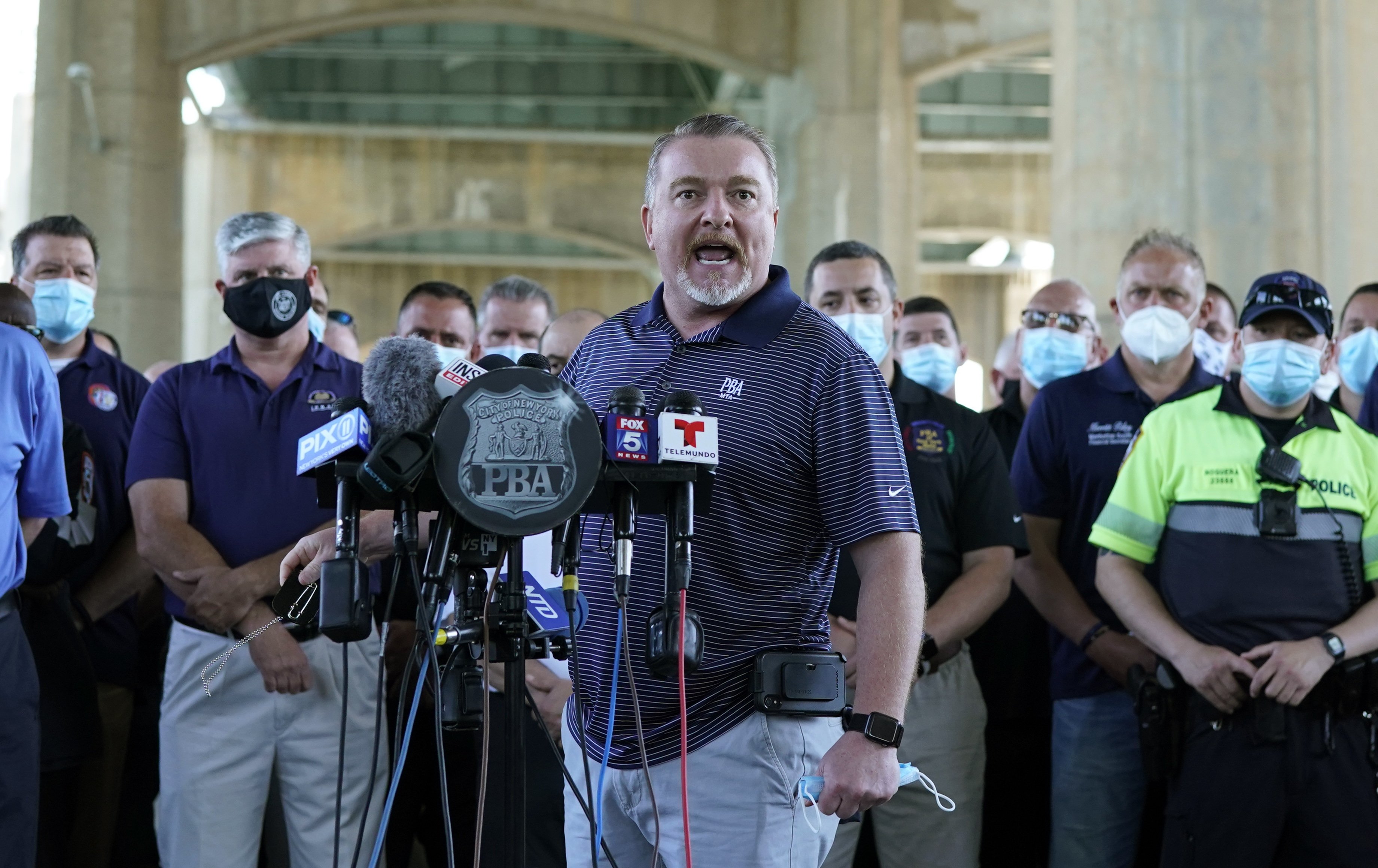 A binding arbitration process, a 48-hour delay before interrogation and paid leave during criminal investigations are other legal provisions that protect police officers after a potentially criminal incident, David Guenthner, acting director of the Criminal Justice Policy Initiative at The Mackinac Center for Public Policy, told the DCNF.

One example is the agreement between the Fraternal Order of Police in Chicago and the City of Chicago.

The Chicago contract mandates that police misconduct records be destroyed after five years and allows officers to wait 24 hours before making statements after police-involved shootings, according to The Chicago Sun-Times. The contract allows officers to change those statements after reviewing the evidence and limits what officers can be asked about during interrogations, according to the Sun-Times.

Meanwhile, police officers under investigation in Minnesota can review information investigators have on that investigation before their hearing, according to state law. This is a right that isn’t afforded to citizens during an investigation. (RELATED: Here’s Why Bad Cops Aren’t Held Accountable)

A 2012 update to that same Minnesota law strips the civilian oversight board of the ability to “make a finding of fact or determination regarding a complaint against an officer or impose discipline on an officer.”

Union representatives don’t agree that contracts are the issue. “Saying contracts are the problem is scapegoating the issue,” Dustin DeRollo, spokesman for the Los Angeles Police Protective League, told the DCNF. Reforming the system requires looking at the complicated intersection of the federal, state, and local laws that form it, according to DeRollo.

DeRollo said that a large number of complaints against officers are “demonstrably false,” adding that officers who work in gang response units receive complaints often, for example, because gang members are familiar with the complaint system. Reforms to identify every police officer who is the recipient of a complaint would tarnish the reputations of officers, DeRollo continued.

Civilian oversight boards, designed to keep watch of police behavior behind closed doors, are also flawed, according to Vallelong. Vallelong said that members of the civilian oversight committee in New York aren’t held to the same standard as police officers.

In the wake of Floyd’s death, there is a groundswell of support for reform. Legislation introduced Monday by House Democrats would institute a national registry that tracks police officer misconduct and ban chokeholds.

Some police unions support many of these reforms. A list of reforms backed by the Los Angeles Police Protective League obtained by the DCNF bears this out.

The League supports a national use-of-force standard that emphasizes de-escalation, a national database of former police officers fired for gross misconduct that prevents other agencies from hiring them, an early warning system to identify officers that may need more training, ongoing and frequent training of police officers, and a transparent publicly accessible use-of-force analysis website.

However, these reforms do not address the disciplinary process that allegedly shields officers. (RELATED: Man Who Died From Collapsed Lung Says ‘I Can’t Breathe’ During Arrest. Police Officer Responds ‘I Don’t Care’)

“There are a number of measures that would reform police departments, but unless you change the disciplinary process and limit the inclusion of egregious provisions, you won’t make substantial change,” Guenthner said. 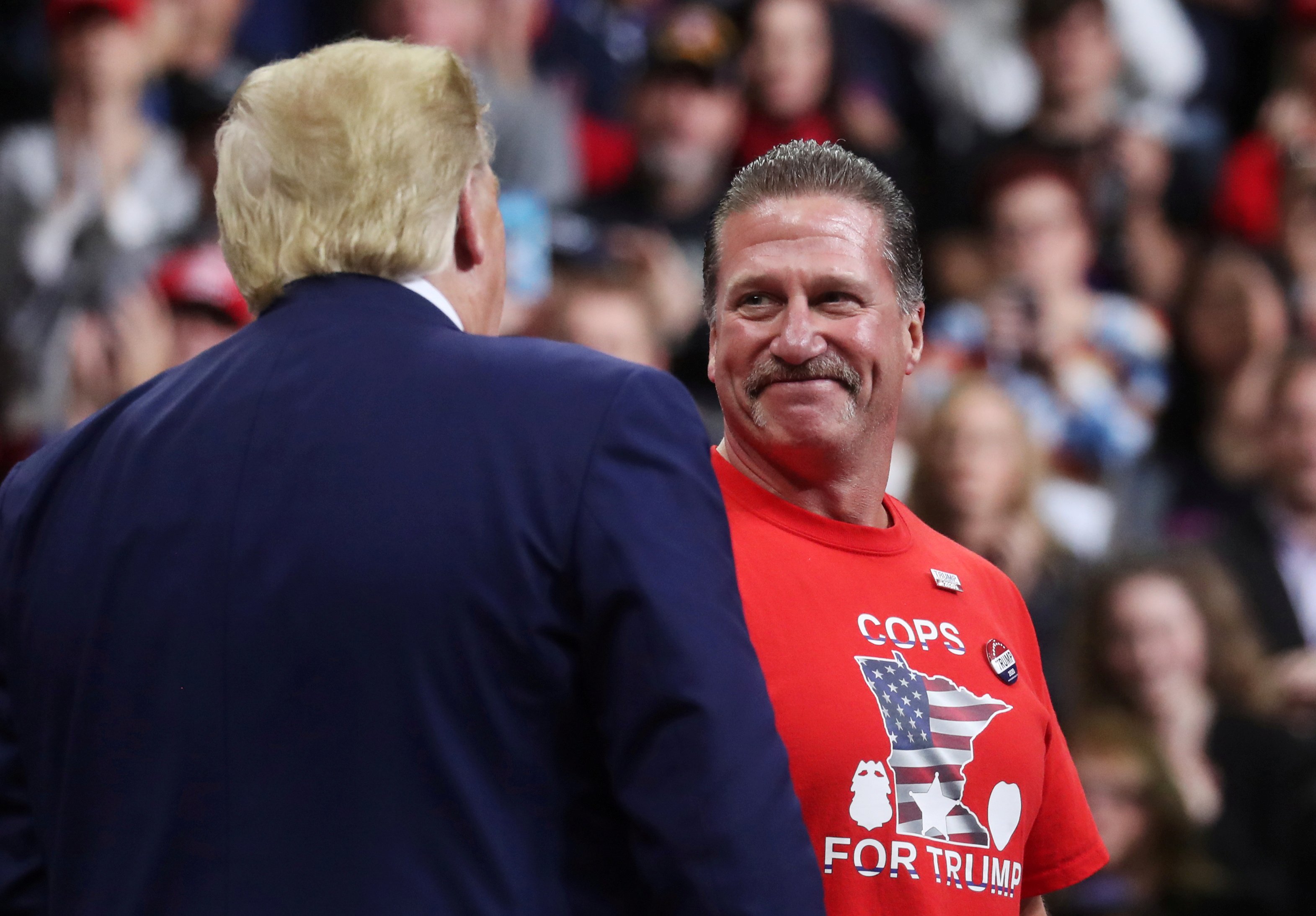 The White House will not address qualified immunity in its police reform proposal, according to Reuters.

Criticism of the police is “overly broad,” DeRollo said. He admits there are specific instances where officers take actions that don’t reflect well on the profession, but points to the millions of “calm and cordial” interactions that police have with citizens on a daily basis.

Vallelong said he has never seen anything like the Floyd incident in his entire career. He said the New York Sergeants Benevolent Association is open to reform, but are rarely invited to the table.

Slocumb said: “How do they disband a union? You think they could get rid of the Elk’s Club or the Knights of Columbus or the Masonic Lodge? People are allowed to form organizations that represent their beliefs, and it’s not just police unions.”

Jake Dima contributed to this report.