A new cat food which lowers the allergens in cat hair, would make it easier for people with cat allergies to be around felines, according to The Wall Street Journal.

Nestlé Purina’s LiveClear neutralizes the allergen in cat saliva which is commonly transferred to hair during grooming, The Wall Street Journal reported. It reportedly took the company a decade to develop.

“Can a cat food be innovative? Ground-breaking? Life changing? The answer is Clear,” a Nestlé Purina LiveClear advertisement says. LiveClear is unlike anything the “world has ever seen,” the ad continues.

LiveClear reduces cat allergens by an average of 47 percent, according to Purina. The company claims the product is the first of its kind.

It works by targeting Fel d 1, a protein in cat saliva which is a root cause of allergic reactions to cats, Purina says. A protein sourced from eggs in LiveClear binds to the Fel d 1 protein, neutralizing the allergen. 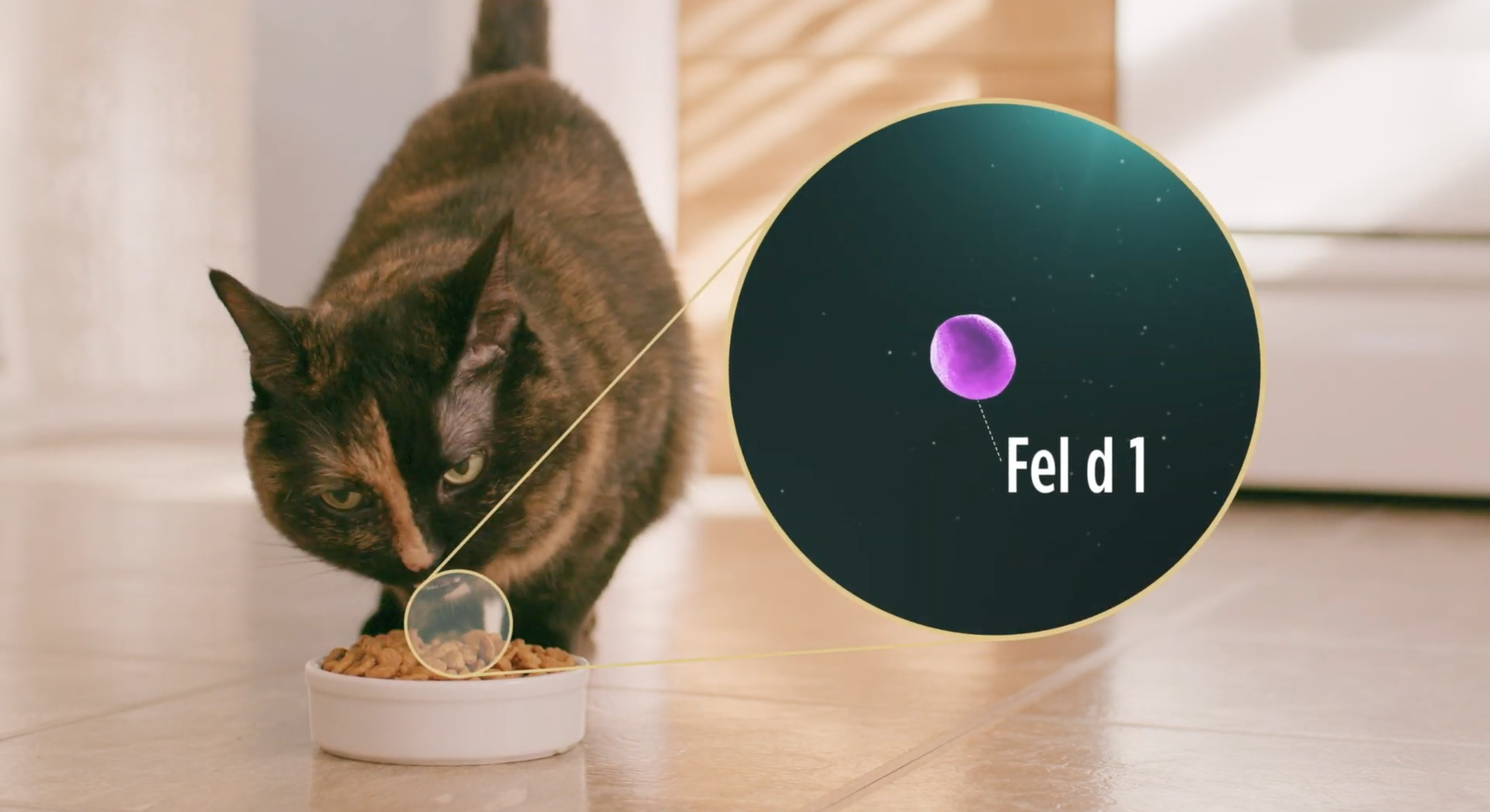 Cat food makes up half of pet food sold, according to Bernard Meunier, CEO of Nestlé Purina Europe, Middle East, and North Africa, the Journal reported. Meunier hopes LiveClear will give Nestlé Purina a boost in an already competitive pet food market.

Global pet food sales have risen substantially in the past decade with U.S. pet owners expected to spend nearly $100 billion in 2020, The Journal reported. Two-thirds of U.S. homes own a pet, according to the American Pet Products Association.

Pet adoptions have increased during the coronavirus pandemic. Animal shelters around the country have been emptied during the pandemic, Wired reported.

The American Society for the Prevention of Cruelty to Animals reports that the number of animals being taken into foster care has increased by 70% compared to the same period last year, CNBC reported.

Meanwhile there was a 51 percent year-over-year increase, according to MediaRadar, an analytics company that tracks advertising data. Nestlé is among the top five pet food advertisers, MediaRadar found.

Nestlé Purina’s LiveClear is available on Amazon. It currently costs about $70 per 16-pound package.