Cuomo made the announcement during a daily briefing Monday, where he praised New Yorkers for fighting the virus but also warned them not to lose sight of the dangers of the virus after “rampant” violations of restrictions. Cuomo threatened to reinstate closings if local governments didn’t enforce the rules, according to WHAM. 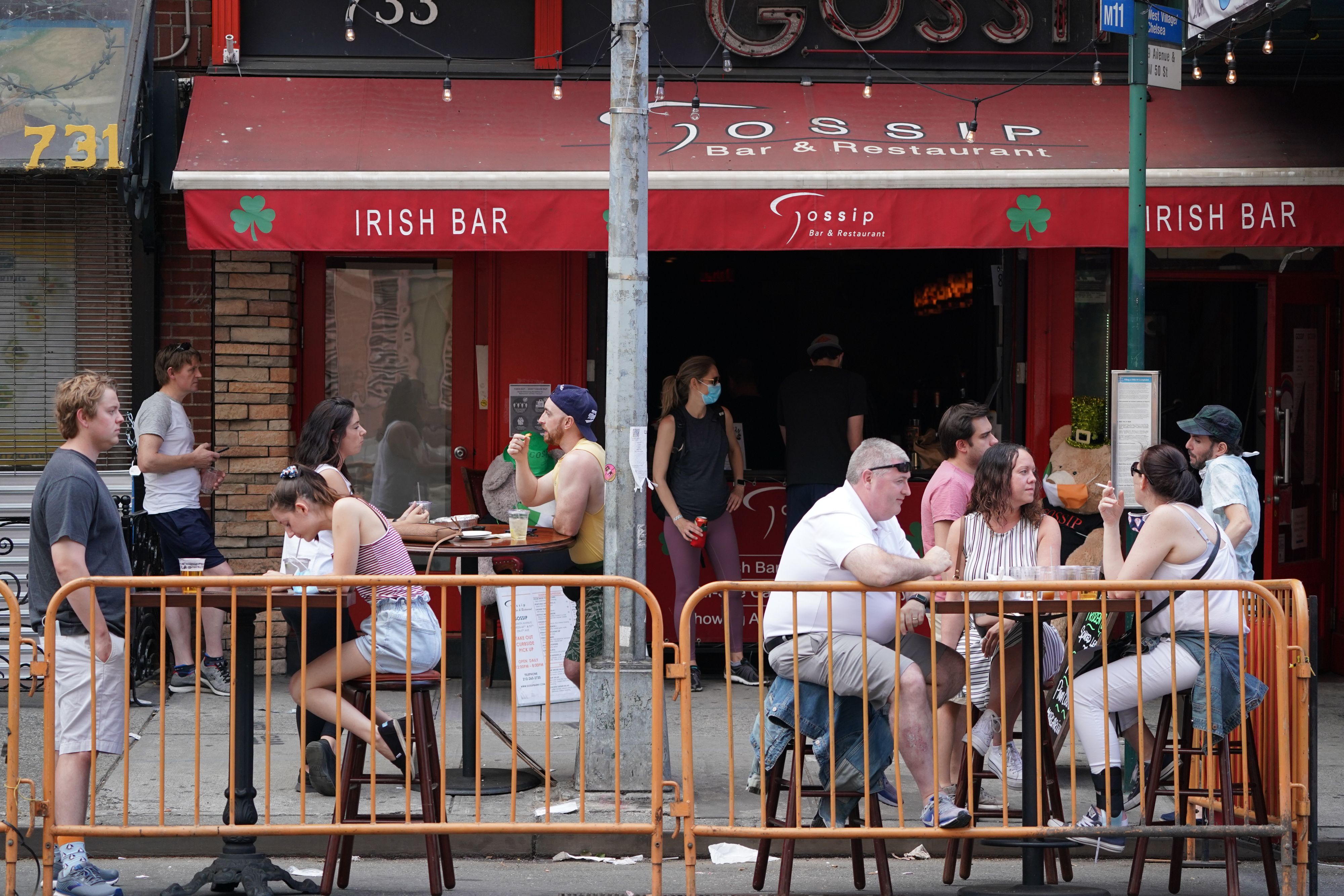 People drink outdoors at bars and restaurants in the Hells Kitchen neighborhood of New York on June 7, 2020. (Photo by BRYAN R. SMITH/AFP via Getty Images)

When Cuomo was asked about de Blasio’s suggestion that he calm down about the number of unmasked people crowding at bars and restaurants in Manhattan, according to the Patch, Cuomo responded “Do your job, local government.”

“If the local governments don’t enforce compliance they are not doing anyone any favors,” he continued.

The governor said that the state received nearly 25,000 complaints about social distancing violations, and he said bars and restaurants that violate reopening rules could jeopardize their liquor licenses.

Protesters have also gathered in the hundreds in New York City, calling for the police to be defunded and creating concern that the large demonstrations could cause a spike in coronavirus cases. (RELATED: Some Protesters Call For De Blasio To Resign, Justin Fairfax Breaks Curfew During Eighth Night Of Unrest)

Cuomo said that, like protesters, bar and restaurant patrons should also be wearing masks or he might send state police into the city to help with enforcement, according to the Patch. 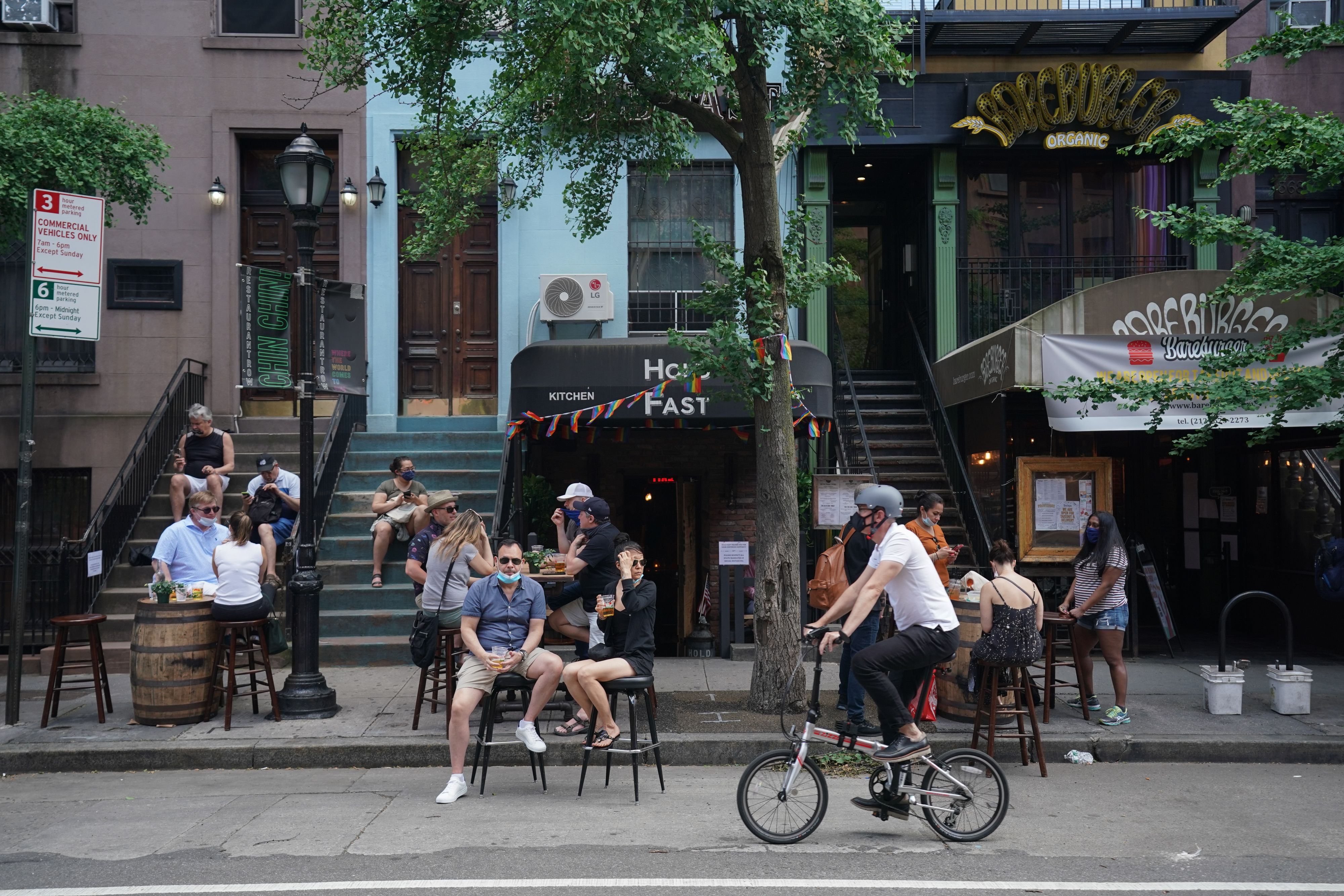 People drink outdoor at bars and restaurants in the Hells Kitchen neighborhood of New York on June 7, 2020. (Photo by BRYAN R. SMITH/AFP via Getty Images)

New York City remains in phase 1 of state reopenings as of Monday, meaning that construction, manufacturing and wholesale supply chain businesses were able to reopen, while many retailers could reopen for curbside pickup or in-store pickup.

New York has seen a drop in coronavirus deaths, reporting 23 Sunday — its lowest since the pandemic struck. Hospitalizations were at 1,657, the lowest number since March 20, according to CNN.