The United States Embassy in Seoul, South Korea has removed a “Black Lives Matter” banner after reports that Secretary of State Mike Pompeo and President Donald Trump expressed disapproval over the two-story banner.

A spokesperson for the embassy said Ambassador Harry Harris made the decision to remove it because he didn’t want to give off the public perception that taxpayer dollars were supporting a partisan organization, according to the Washington Post. A report from Bloomberg News indicates Pompeo and Trump were not pleased when the banner was unveiled on Sunday. (RELATED: American Flag-Bearing Demonstrators Cause Uproar Within Seattle’s Autonomous Zone)

“The Ambassador decided to put the Black Lives Banner up to communicate a message of solidarity with Americans concerned with racism, especially racial violence against African Americans. He wanted to highlight the enduring American values of racial equality, freedom of speech, and the right to peacefully protest,” the embassy spokesperson said. 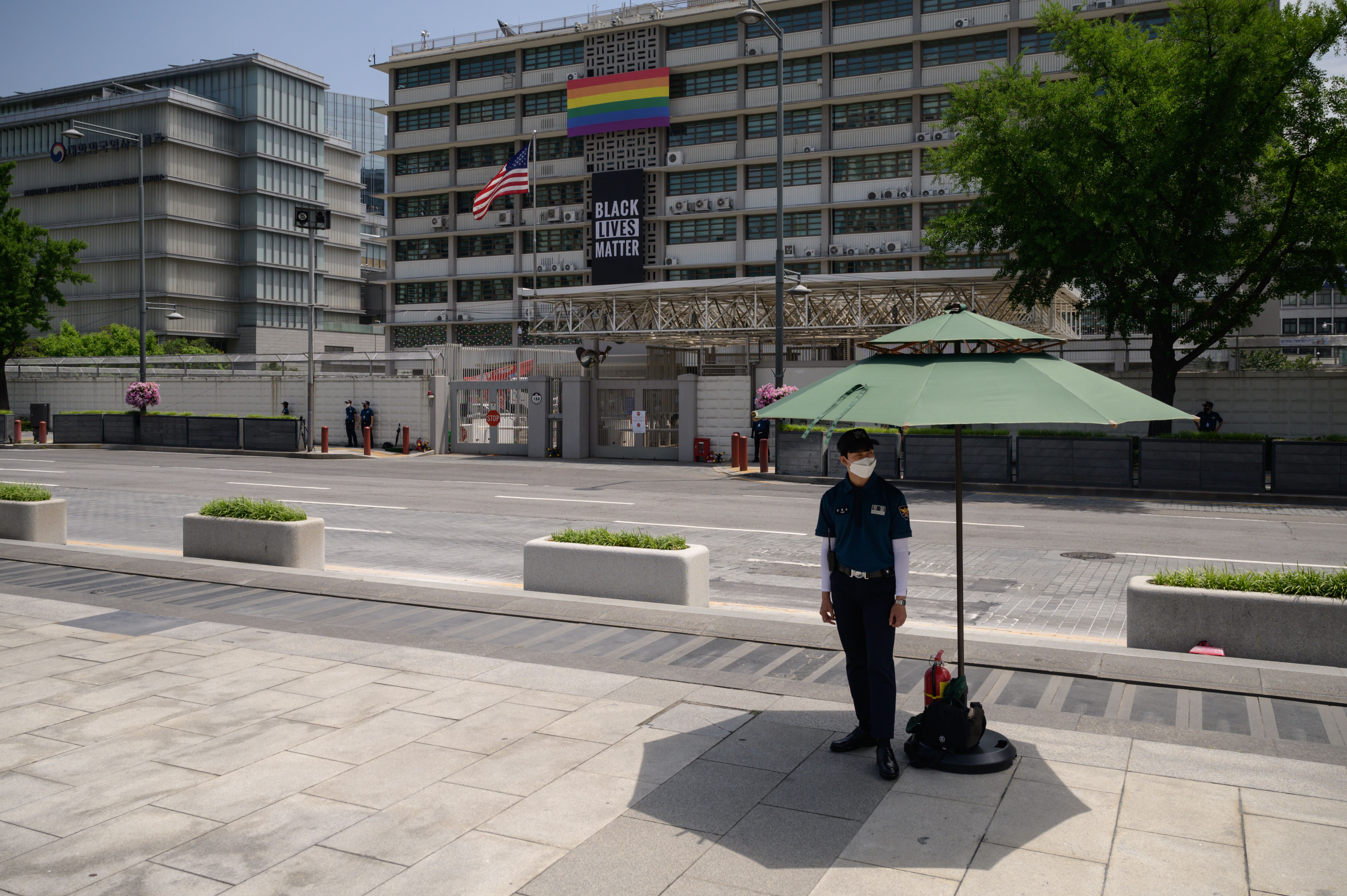 A ‘Black Lives Matter’ banner is displayed on the US embassy in Seoul on June 14, 2020. – The US embassy in South Korea expressed its support for the Black Lives Matter movement with a large banner outside its building as anti-racism protests sweep America and the world following the death of George Floyd. (Photo by Ed JONES / AFP) (Photo by ED JONES/AFP via Getty Images)

“However, the Ambassador’s intent was not to support or encourage donations to any specific organization. To avoid the misconception that American taxpayer dollars were spent to benefit such organizations, he directed that the banner be removed.” (RELATED: Chris Wallace: Many Reporters Becoming ‘Anti-Trump Advocates’ Instead Of Calling ‘Balls And Strikes’)

The spokesperson added, “This in no way lessens the principles and ideals expressed by raising the banner, and the Embassy will look for other ways to convey fundamental American values in these times of difficulty at home.”

The “BLM” banner along with an LBGTQ+ rainbow flag were replaced with a banner with the wording, “We will not forget” to mark the 70th anniversary of the Korean War. The banner was the most ardent, and clear support by a diplomatic institution of the Black Lives Matter protests occurring currently nationwide throughout the U.S.