At least 20 Indian soldiers were killed in a violent clash along the disputed India-China border, the Times of India reported, citing Indian government officials.

The clash took place in Aksai Chin-Ladakh, a region located on the northern tip of India, on Monday night CNN reported. The violent skirmish was a close-quarter fight involving clubs and rocks, according to The New York Times.

“We are closely monitoring the situation between Indian and Chinese forces along the Line of Actual Control,” a U.S. State Department spokesperson told the Daily Caller News Foundation. “Both India and China have expressed a desire to de-escalate, and we support a peaceful resolution of the current situation.”

Luo Zhaohui, vice foreign minister of China and Vikram Misri, India’s ambassador to China met in Beijing Tuesday in the aftermath of the clash, The Times of India reports.

“We are concerned about reports of violence and deaths at the Line of Actual Control between India and China and urge both sides to exercise maximum restraint,” Eri Kaneko, associate spokesperson for the United Nations Secretary-General said Tuesday.

China hasn’t released information on its casualties, but did confirm that there were casualties, according to The Times of India.

“My understanding is the Chinese side doesn’t want people of the two countries to compare the casualties number so to avoid stoking public mood,” tweeted Hu Xijin, editor-in-chief of Chinese propaganda outlet Global Times. “This is goodwill from Beijing.” (RELATED: Chinese Propaganda Outlet Has Paid US Newspapers $19 Million For Advertising, Printing) 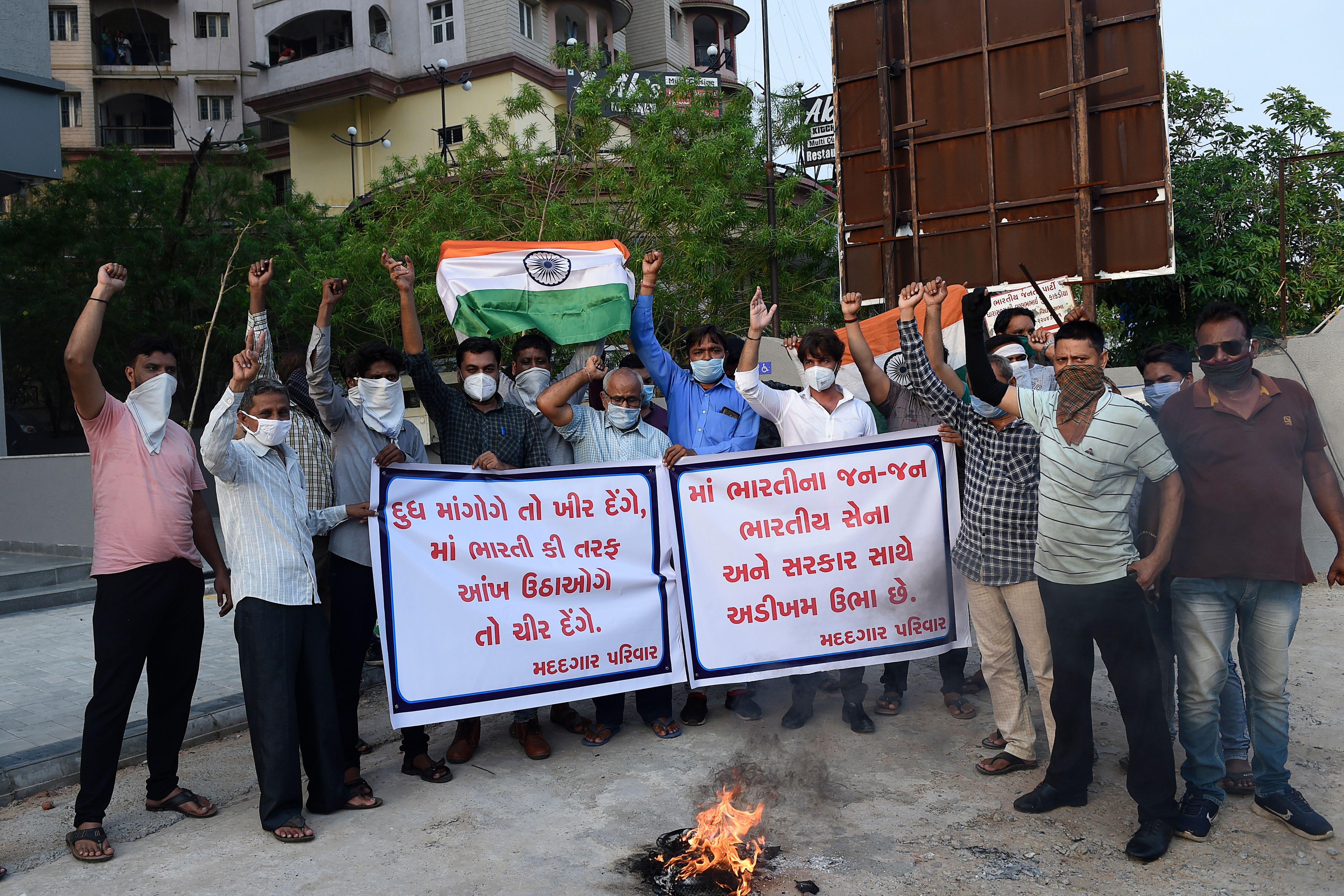 Indian citizens hold signs and chant slogans as they protest against the killing of Indian soldiers by Chinese troops, on June 16, 2020. (Photo: Sam Panthaky/AFP via Getty Images)

“Our forces were resolute in forcing Chinese troops to retreat,” National General Secretary of India’s Bharatiya Janata Party B.L. Santhosh tweeted. “The picture on the Chinese side is yet to emerge. It is still more huge.”

The clash comes as tensions have flared in the disputed region in recent months. A violent face-off occurred in the region involving nearly 250 Indian and Chinese soldiers last month, The Times of India reported. That clash was followed by a similar clash just a few days later.

The clashes are believed to have been triggered by the construction of a road by India in the Galwan valley, according to Press Trust of India. The road would enable India to transport soldiers and supplies into the region quickly, the BBC reported.

Just three Indian soldiers had been reportedly killed Tuesday morning. The skirmish is now considered the deadliest fight between the nations in more than 50 years, according to the Times of India.