The New York Police Department’s anti-crime unit has been disbanded, the department announced on Monday.

The change represents “a seismic shift in the culture of how the NYPD polices this great city,” Commissioner Dermot Shea said at a news conference Monday. “I would consider this in the realm of closing the last chapters of stop, question and frisk,” he said.

“This is 21st-century policing.”

Daniel Pantaleo, a member of the unit, in 2014 used a chokehold on Eric Garner, an unarmed black man who died shortly afterwards. The Justice Department opted not to charge Pantaleo last year. Weeks later however, Pantaleo was fired from the New York Police Department.

The move to disband the unit comes as a nationwide movement to reform policing picks up steam in the wake of George Floyd’s death. Floyd died in Minneapolis police custody after an officer kneeled on his neck for more than eight minutes, video shows. (RELATED: Minneapolis City Council Unanimously Votes To Get Rid Of Police)

Democratic New York Gov. Andrew Cuomo on Monday signed police reform legislation with a number of provisions, including a requirement that police officers report within six hours every time they discharge their weapon.

“Police reform is long overdue in this state and this nation, and New York is once again leading the way and enacting real change to end the systemic discrimination that exists in our criminal justice and policing systems,” Cuomo said in a statement. “These critical reforms will help improve the relationship between law enforcement and the communities they serve.” 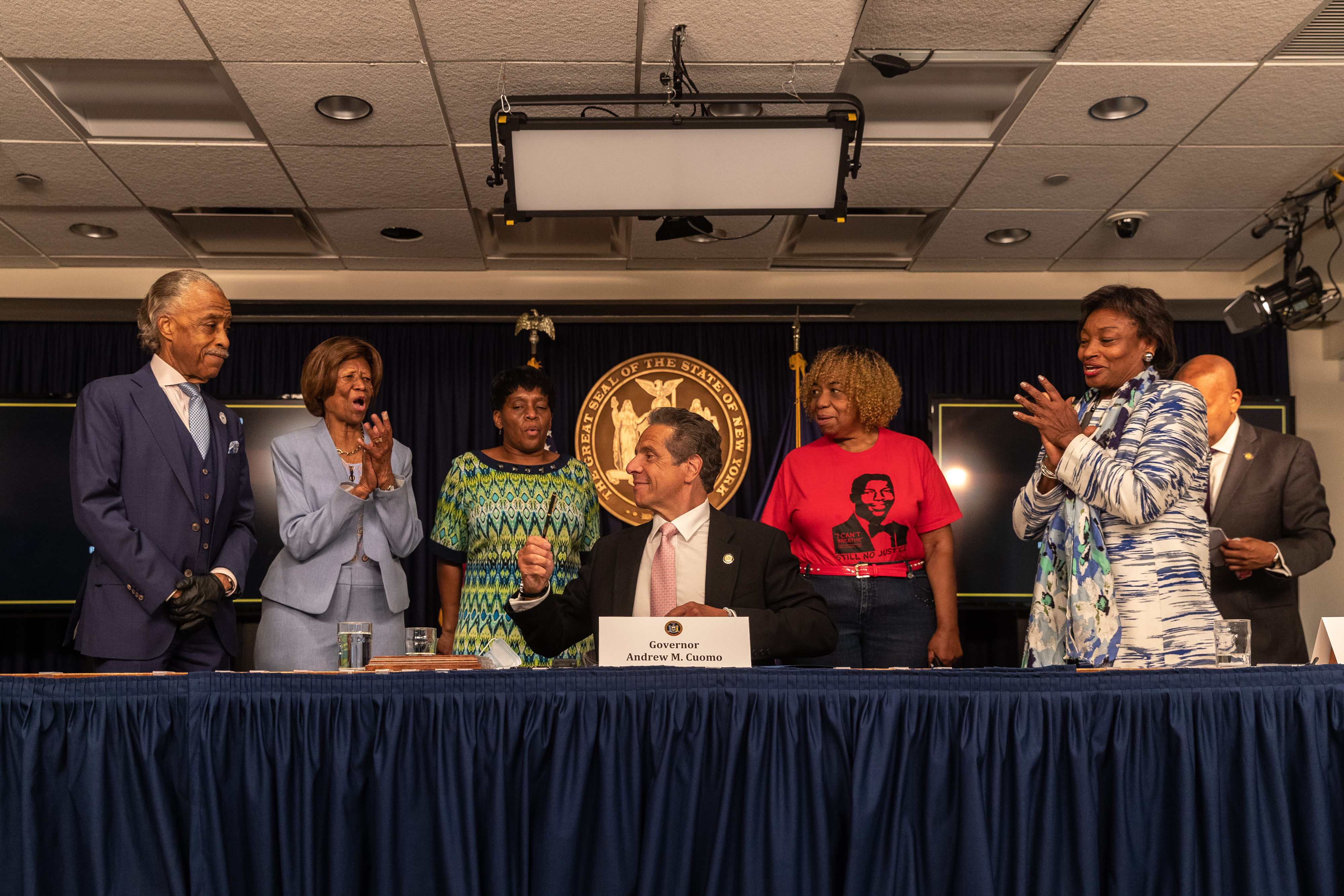 Meanwhile, Democratic Mayor Bill de Blasio of New York pledged last week to slice NYPD’s budget, according to The New York Times. De Blasio said he would take money from the police department and put it towards youth and social services.

“The city will own whatever harm comes from defunding the police department,” Vincent Vallelong, vice president of the Sergeants Benevolent Association of New York told the Daily Caller News Foundation. (RELATED: Debate Rages On Police Reform, Role Of Police Unions In Wake Of Floyd’s Death)

City officials have every right to defund the police, Vallelong noted, but he said they will have to be ready for the consequences of such a move.

The city must decide what kinds of cuts it will make to the police department by June 30, The Wall Street Journal reported. New York must also address the more than billion-dollar budget shortfall inflicted upon the city by the coronavirus pandemic by then.

The officers who were members of the disbanded unit will be transferred to other units in the New York Police Department, Shea said.