Deborah Sue Mayer, the committee’s chief counsel, sent a letter to Loeffler, explaining that the committee has dropped its investigation. “Based on all the information before it, the Committee did not find evidence that your actions violated federal law, Senate Rules or standards of conduct,” Mayer said in the letter. “Accordingly, consistent with its precedent, the Committee has dismissed the matter.”

This comes as the DOJ stopped its investigation into Loeffler and two other senators in late May. Prosecutors let California Democratic Sen. Dianne Feinstein, Loeffler, and Oklahoma Republican Sen. James Inhofe know that the investigation into their alleged insider trading, has been closed.

Loeffler filed a Periodic Transaction Report (PTR) shortly after, according to documents obtained by the Daily Caller, as she attempted to answer questions related to her financial transactions. (RELATED: DOJ Drops Coronavirus Insider Trading Probe Into Senators Loeffler, Inhofe And Feinstein) 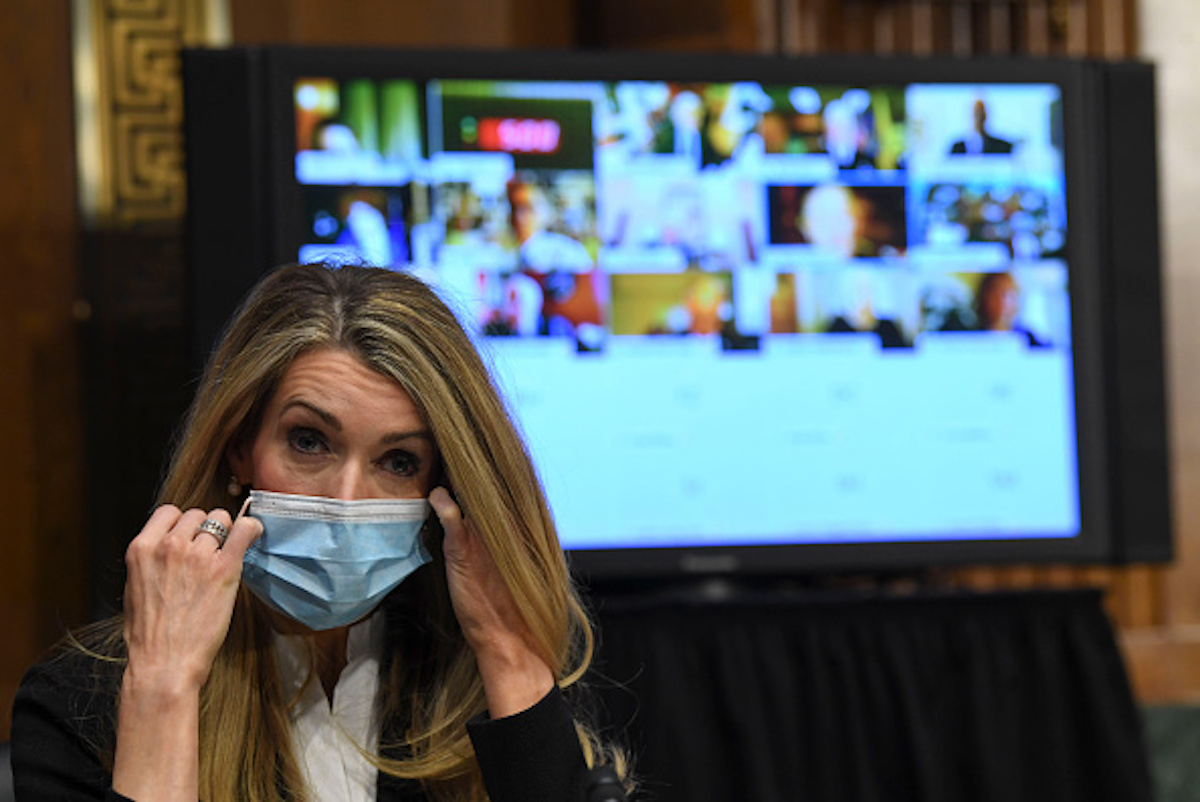 Senator Kelly Loeffler (R-GA) removes her mask before the Senate Committee for Health, Education, Labor, and Pensions hearing on COVID-19 May 12, 2020 in Washington, D.C. (Photo by Toni L. Sandys-Pool/Getty Images)

Loeffler announced last month that she was liquidating all of her individual stock shares after transactions that were made shortly after a closed door briefing on the coronavirus in late January raised eyebrows. This latest report includes three transactions, two of which come from her husband Jeff Sprecher, who is the chairman of the New York Stock Exchange. A PTR is required after a securities transaction over $1,000 is made. (RELATED: EXCLUSIVE: Sen. Kelly Loeffler To Leave Subcommittee To Avoid Potential Attacks And Distractions)

The DOJ has reportedly not stopped its investigation into Republican North Carolina Sen. Richard Burr, who sold millions of dollars worth of stocks after a closed-door Senate-only meeting previewing the impact of the coronavirus pandemic.

Burr reportedly sold nearly $1.5 million of his own stocks in February, shortly before hosting a private meeting with wealthy constituents where he detailed to them the possible impacts of the coronavirus, according to NPR.