A Minnesota man was charged Tuesday with helping to stoke the fire at the Minneapolis Police Third Precinct during the protests and riots that occurred in the wake of George Floyd’s death, numerous sources reported.

Dylan Shakespeare Robinson, 22, was arrested Sunday in the parking lot of a ski resort in Colorado and charged Tuesday with aiding and abetting the arson of the precinct, Reuters reported. He appeared in federal court by video to be informed of the charges.

Robinson was already on probation for possessing hallucinogens and had allegedly told his probation officer he wanted to move to Denver.

Police accuse Robinson of lighting a Molotov cocktail thrown by another person into the precinct while standing nearby. Additionally, he is accused of throwing an incendiary device into the building himself on May 28, a few days after now-former police officer Derek Chauvin knelt on Floyd’s neck for nearly 9 minutes. A Minneapolis Fire Department report indicates that Floyd was lifeless when first responders arrived.

Robinson also allegedly ignited a fire in the building’s stairwell. 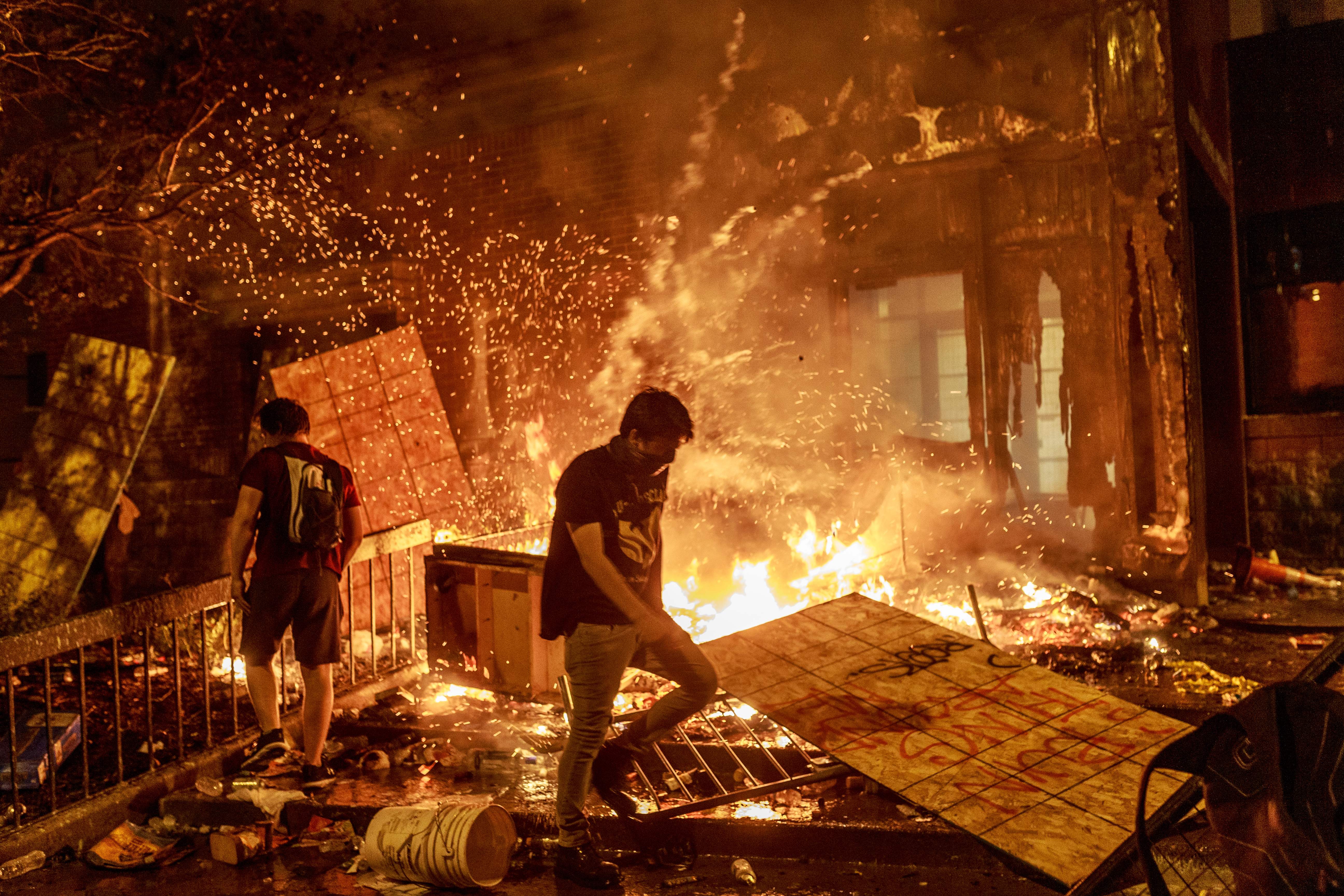 Protesters walk past burning debris outside the Third Police Precinct on May 28, 2020 in Minneapolis, Minnesota. (Photo by KEREM YUCEL/AFP via Getty Images)

A video posted on Facebook captured Robinson setting the fire inside the station, according to the Associated Press. His Snapchat account also showed a video of a person making a Molotov cocktail as others discussed how to do it.

Robinson was identified by a former classmate’s mother, who saw the surveillance video images released by authorities, the complaint said.

Another Minnesota man who had allegedly pushed a wooden barrel into the fire at the police precinct May 28 was also recently arrested and charged with aiding and abetting arson. Branden Michael Wolfe, 23, had also taken several items from the building, including a 9mm pistol magazine and police radio, according to authorities. (RELATED: Minnesota Man Charged With Stoking Fire At Minneapolis’ Third Police Precinct During Riots)