Republican Arkansas Sen. Tom Cotton said Wednesday that a “low-level” Twitter employee called his office last week and threatened to lock his account due to a tweet on dispatching the U.S. military to help stop riots.

“We asked for an explanation of why that was and it was not really forthcoming. They cited a policy that didn’t apply to my situation,” Cotton said in Fox News interview Wednesday morning. “We waited them out, we called their bluff, for 30 minutes they didn’t lock down my account and within about 2 hours they got back to us and said, ‘OK, you can keep your posts up’,” Cotton continued.

The tweet Cotton is referencing called for the U.S. military to be dispatched to “restore order,” which he wrote about in an op-ed published in early June. (RELATED: McConnell Criticizes New York Times Over Handling Of Tom Cotton Op-Ed)

And, if necessary, the 10th Mountain, 82nd Airborne, 1st Cav, 3rd Infantry—whatever it takes to restore order. No quarter for insurrectionists, anarchists, rioters, and looters. https://t.co/OnNJmnDrYM 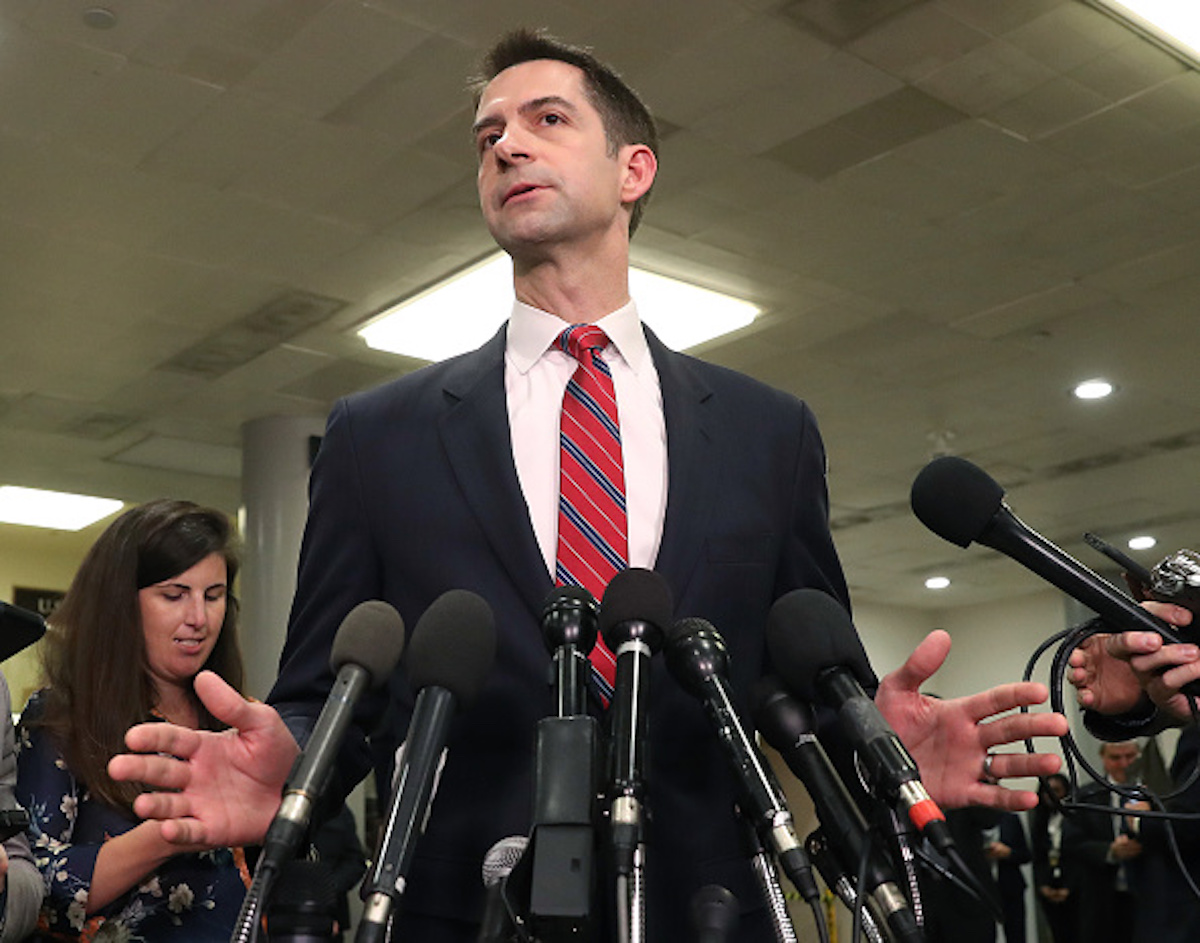 Sen. Tom Cotton (R-AR) speaks to the media after attending a briefing with administration officials about the situation with Iran, at the U.S. Capitol on January 8, 2020 in Washington, DC. (Photo by Mark Wilson/Getty Images)

According to a Twitter spokesperson “The Tweet was reported to Twitter and our teams reviewed it within the context in which it was shared, as is standard, and determined it didn’t violate our rules. We apply the Twitter Rules impartially to every account on our service.”