A concrete wall was installed Wednesday morning around a confederate statue in Virginia that’s set for removal.

A video obtained by reporters showed workers creating a barrier with 3-foot-tall concrete blocks around a statue of Confederate General Robert E. Lee, according to the Associated Press. Democratic Virginia Gov. Ralph Northam said June 4 that he was ordering the removal of the statue, which is located on Monument Avenue in Richmond. (RELATED: US Army Is Now Considering Renaming Federal Bases That Honor Confederate Leaders)

Richmond Circuit Court Judge Bradley Cavedo granted an injunction June 8 blocking the monument’s removal. A lawsuit opposing the move was filed Monday by six landowners on Monument Avenue who said that the move would hurt their property values, the Associated Press reported.

The wall was put up “to protect the safety of everyone speaking out to make their voices heard as well as the structure itself,” the Virginia Department of General Services told the Associated Press in a statement.

Robert E. Lee’s Richmond monument has been the target of vandalism during the past few weeks. Protesters sprayed graffiti on Lee’s statue and 4 others on Monument Avenue, according to BBC News. Within the past few weeks, 3 statues in Virginia’s capital have been torn down, the Washington Post reported Thursday. 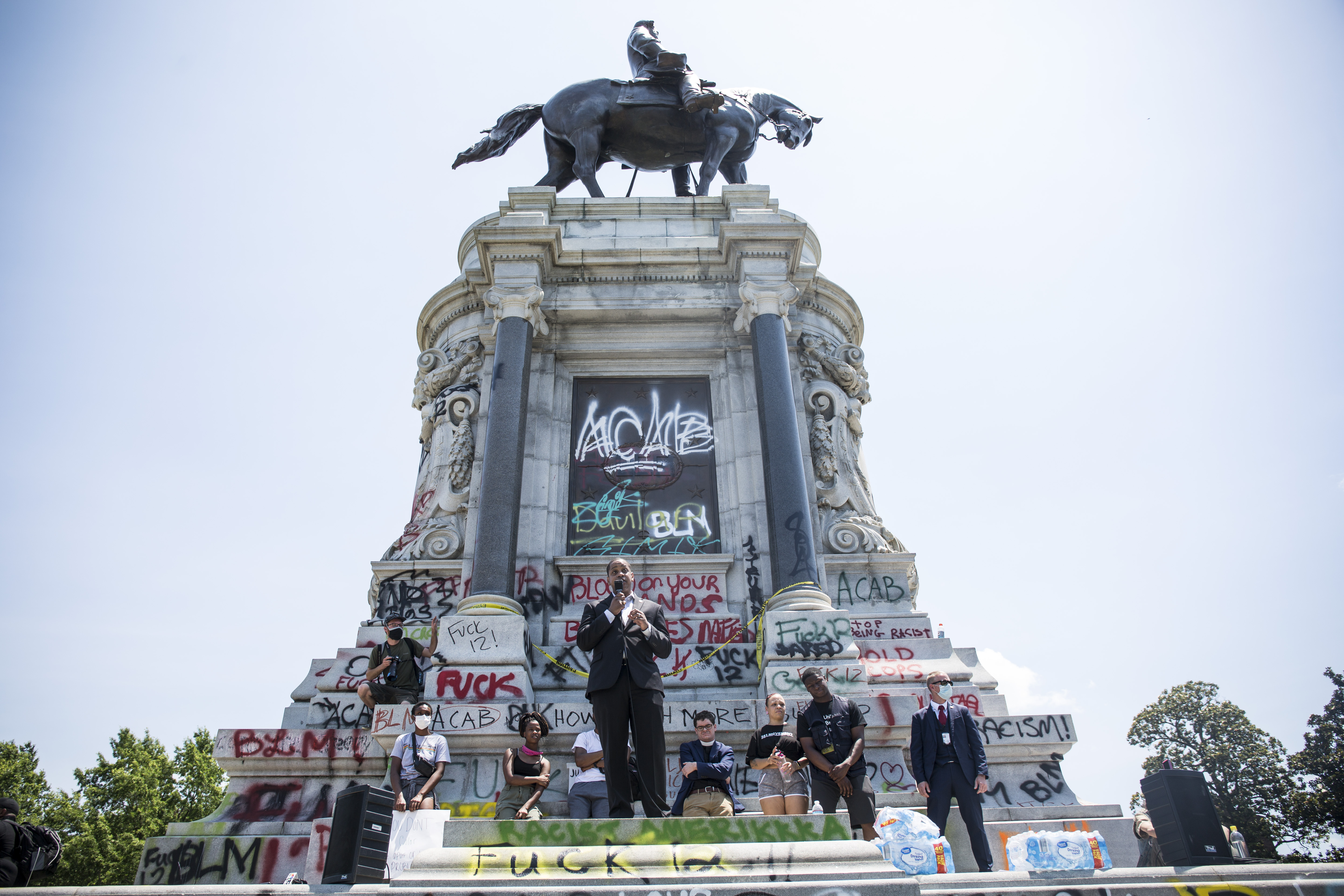 Calls to remove confederate statues have increased in recent weeks following the death of George Floyd, a black man who died on May 25 after a police officer kneeled on his neck for several minutes. His death sparked nationwide protests and riots over racism and police brutality.

Lawmakers have echoed concerns raised by activists over confederate symbols. Last week, the Senate Armed Services Committee passed a bill requiring the Pentagon to remove all symbols of the Confederacy from American military bases and equipment within the next 3 years.

President Donald Trump signaled his opposition to the move on Twitter.

“Seriously failed presidential candidate, Senator Elizabeth ‘Pocahontas’ Warren, just introduced an Amendment on the renaming of many of our legendary Military Bases from which we trained to WIN two World Wars,” he tweeted. “Hopefully our great Republican Senators won’t fall for this!”