The last surviving sibling of President John F. Kennedy has passed away at age 92.

Jean Kennedy Smith, a former ambassador to Ireland, champion of artists with disabilities and the eighth of nine children born to Joseph P. and Rose Kennedy passed away in her home Wednesday, her daughter Kym told the New York Times. Her nephew, former Rhode Island Democratic Rep. Patrick Kennedy, confirmed her death to the Associated Press.

Smith’s siblings, of whom she survived several of by decades, include older brother Joseph Kennedy Jr., killed in action during World War II; Kathleen “Kick” Kennedy, who died in a 1948 plane crash; the president, assassinated in 1963 and Sen. Robert F. Kennedy, who was fatally shot in 1968. The youngest of the siblings, Massachusetts Democratic Sen. Edward Kennedy died of brain cancer in August 2009, the same month their sister Eunice Kennedy Shriver died.

While never running for office herself, she campaigned for her brothers and even stepped in for Jacqueline Kennedy to co-host a state dinner for Ireland’s president, according to the AP. Eventually, she triumphed in persuading her younger brother then-Sen. Edward Kennedy to have President Bill Clinton appoint her as Ambassador to Ireland, during which she played a key role in the Northern Ireland peace process, the AP reported.

As envoy to Ireland Smith helped persuade Clinton in 1994 to grant a controversial visa to Gerry Adams, chief of the Irish Republican Army-linked Sinn Fein party, according to the AP. A move that defied the British government, which considered Adams a terrorist.

Bertie Ahern, the Irish Prime Minister said in 1998 that, “it is not an understatement to say that if (the visa for Adams) didn’t happen at the time, perhaps other events may not have fallen into place,” according to the AP. 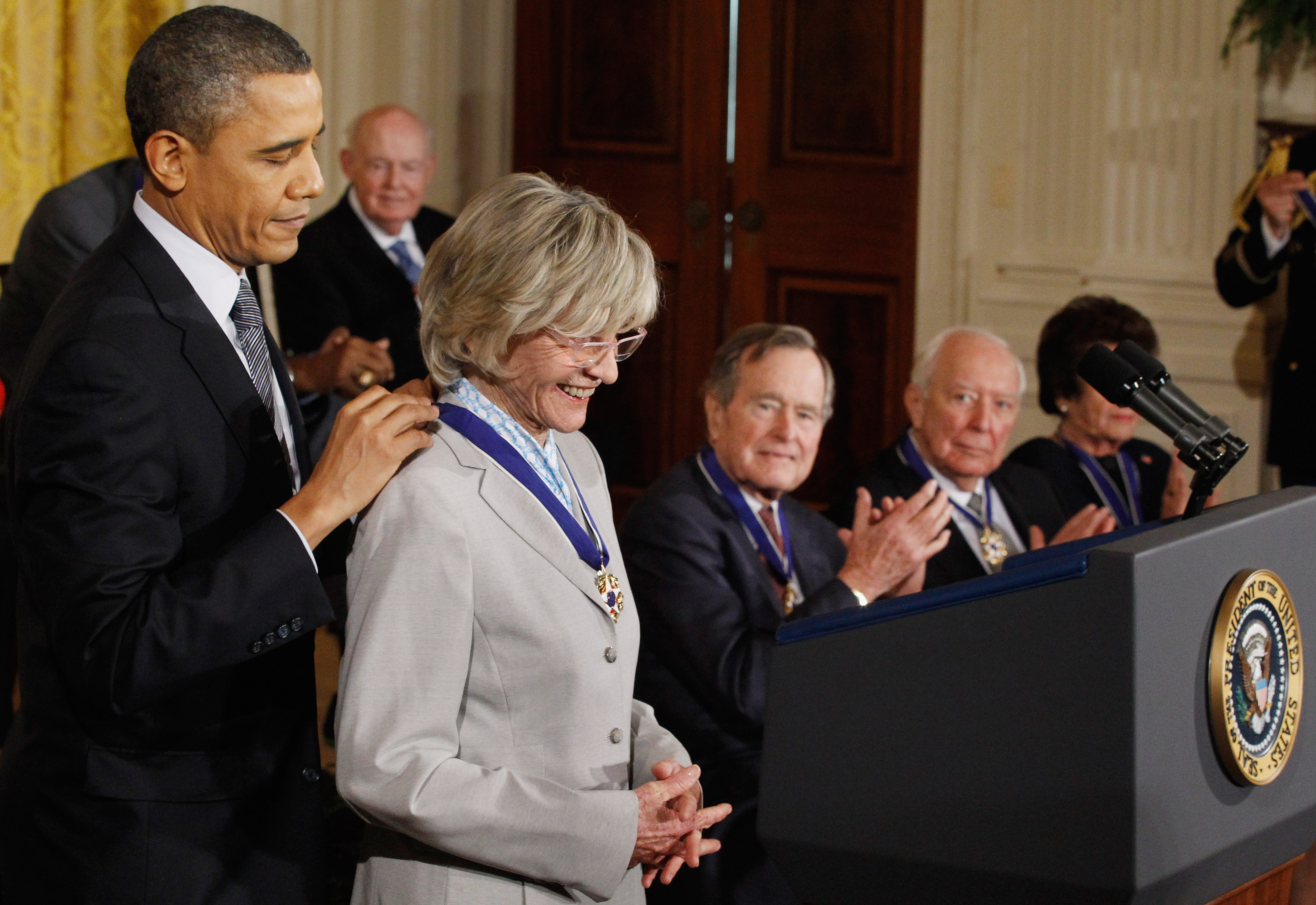 Smith was viewed as a quiet and shy sister who shunned the spotlight. In her memoir “The Nine of Us” published in 2016, she recalled that much of her childhood seemed “unexceptional,” according to the AP.

“It is hard for me to fully comprehend that I was growing up with brothers who eventually occupy the highest offices of our nation, including president of the United States,” she explained. “At the time, they were simply my playmates. They were the source of my amusement and the objects of my admiration.”

Smith had four children with her husband, former Kennedy family financial advisor and future White House chief of staff Stephen Edward Smith, according to the AP. Her Son, Dr. William Kennedy Smith, made headlines in 1991, when he was charged but eventually acquitted of rape at the Kennedy estate in Palm Beach, Florida following a highly publicized trial that included testimony from his uncle, Sen. Edward Kennedy, who said he had roused his nephew and son to go to some nightclubs that Easter weekend. (RELATED: ‘The Kennedys’ Is An Incredible Series About John F. Kennedy And His Family)

Among Smith’s other siblings, Rosemary died of natural causes in 2005; and Patricia of pneumonia in 2006.

“Certainly a distinct characteristic of our family was its size,” Smith wrote in her memoir. “A child in a big family constantly feels surrounded and supported. For me, there was always someone to play with or someone to talk to just around the corner, out on the porch, or in the next bedroom. I never felt alone.”