Democratic Virginia Gov. Ralph Northam said Wednesday that backlash over a racist photo on his 1984 yearbook page helped him understand that “black oppression is alive and well.”

“There’s been an awakening of really what black oppression is,” Northam said Wednesday, according to NBC News. “A lot of people that look like me have learned a lot, have listened, have seen the pain that is in this country, that is in Virginia in the last few weeks.” (RELATED: Kamala Harris Calls For VA Gov. Northam To Resign Over Racist Photo)

He added: “What I didn’t realize, and what I have learned, is really that black oppression exists here, is alive and well in 2020. I think white people need to listen and I think they are recognizing the pain that exists because of the protests.”

Northam initially admitted in February 2019 that he was in a photograph from a 1984 yearbook showing a person dressed as a member of the KKK and a person wearing blackface. He did not specify which person he was.

“I am deeply sorry for the decision I made to appear as I did in this photo and for the hurt that decision caused then and now,” he said, according to The Washington Post. “This behavior is not in keeping with who I am today and the values I have fought for throughout my career in the military, in medicine, and in public service. But I want to be clear, I understand how this decision shakes Virginians’ faith in that commitment.”

He did not resign from office, though many called on him to do so. (RELATED: ‘We Were Wrong’: The Washington Post Editorial Board Shifts Gears After Once Calling For Ralph Northam’s Resignation) 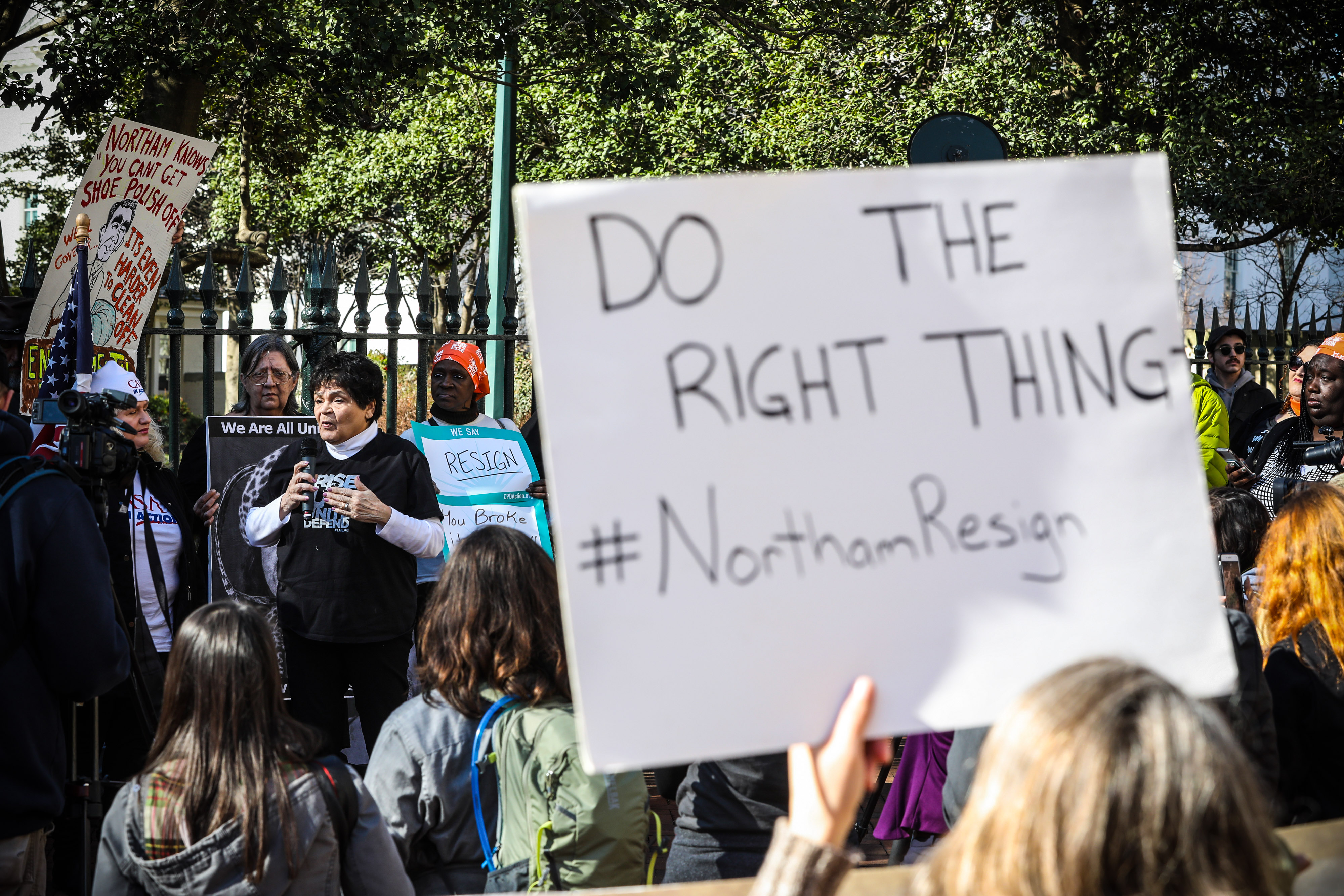 The Virginia governor again addressed the public about the matter in May 2019 — but this time he said that he was not in the photograph. His comments came after officials at the Eastern Virginia Medical School said they could not “conclusively determine the identity of either individual depicted in the photograph.”

“I am not in the racist and offensive photo that appears under my name in the 1984 Eastern Virginia Medical School yearbook,” the governor said in May 2019, WaPo reported. (RELATED: Big-Name Democrats Call On Northam To Resign Following Racist Yearbook Photo Controversy)

“That being said, I know and understand the events of early February and my response to them have caused hurt for many Virginians and for that, I am sorry. I felt it was important to take accountability for the photo’s presence on my page, but rather than providing clarity, I instead deepened pain and confusion.”

Northam did not immediately respond to a request for comment from the Daily Caller News Foundation.