Trump spoke with the Caller for more than an hour on a variety of issues — including racial inequality, coronavirus, China, John Bolton and the 2020 election — but opened the conversation by accusing activist groups calling for advertising boycotts, a means of protesting platforms or groups they don’t agree with, of playing “a much dirtier game.”

“A friend of mine bought a couple of conservative sites,” the president stated from behind the Resolute Desk. “And he said, anybody that advertises on the site is being harassed.” (RELATED: Pelosi Reportedly Pushes Advertisers To Boycott Social Media, Pours Nearly $200K Into Facebook Ads)

“Many people are actually frightened off, or they just say, ‘who needs this?'”

“The advertisers are harassed, to a point where they don’t want to do it. They’re either afraid or it’s not worth it,” he continued. 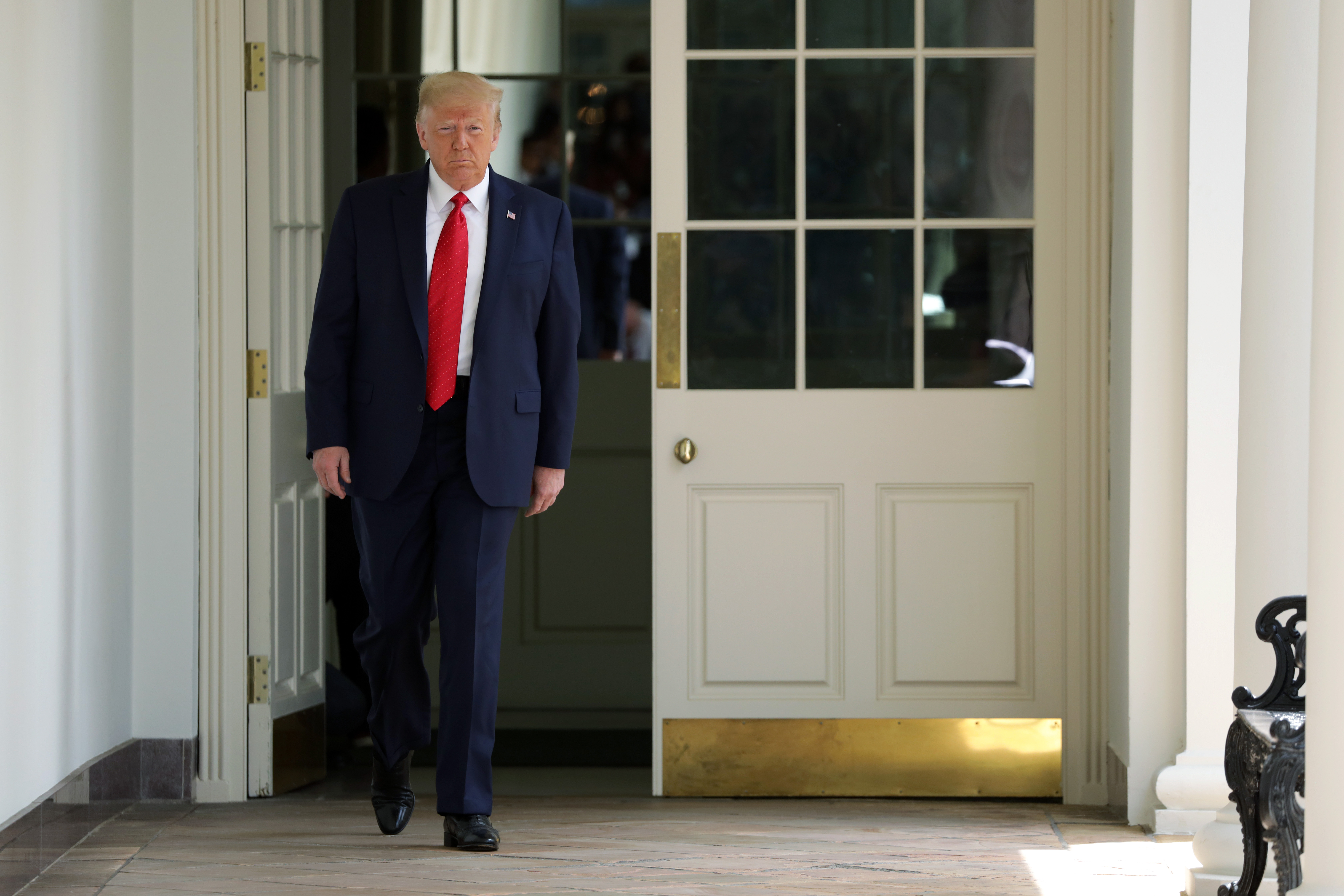 WASHINGTON, DC – JUNE 16: U.S. President Donald Trump arrives for an event in the Rose Garden on “Safe Policing for Safe Communities”, at the White House June 16, 2020 in Washington, DC. President Trump signed an executive order on police reform amid the growing calls after the death of George Floyd. (Photo by Alex Wong/Getty Images)

Trump said he empathizes with targets of the boycotts “because the Washington Post goes after people who use [his] facilities.”

“It should be illegal,” he stated flatly. “That has to be illegal in some form.”

“We have more people,” he told Daily Caller. “How can you possibly allow this to happen? This is really a takeover of the whole system. Why is it that the conservatives don’t when they see somebody advertising on MSDNC, why is it that? It’s a different mindset. They don’t go after the advertisers.”