President Donald Trump isn’t planning on imminently sending federal assets to reclaim the Capitol Hill Autonomous Zone in Seattle, Wash. despite repeatedly threatening to do so, he told the Daily Caller in an exclusive Oval Office interview.

Trump spoke with the Caller for more than an hour Friday evening on a variety of issues, including racial inequality, coronavirus, advertising boycotts, John Bolton, China, and the 2020 election.

In recent days, Trump has urged Washington Gov. Jay Inslee to deploy National Guard troops to retake CHAZ and said that he himself “will take care of it” if Inslee fails to act. The president said Monday that he had discussed the situation with Attorney General Bill Barr. When asked by the Caller what Barr is “advising” him to do, POTUS answered, “right now, I think it’s great sitting back and watching this catastrophe.” 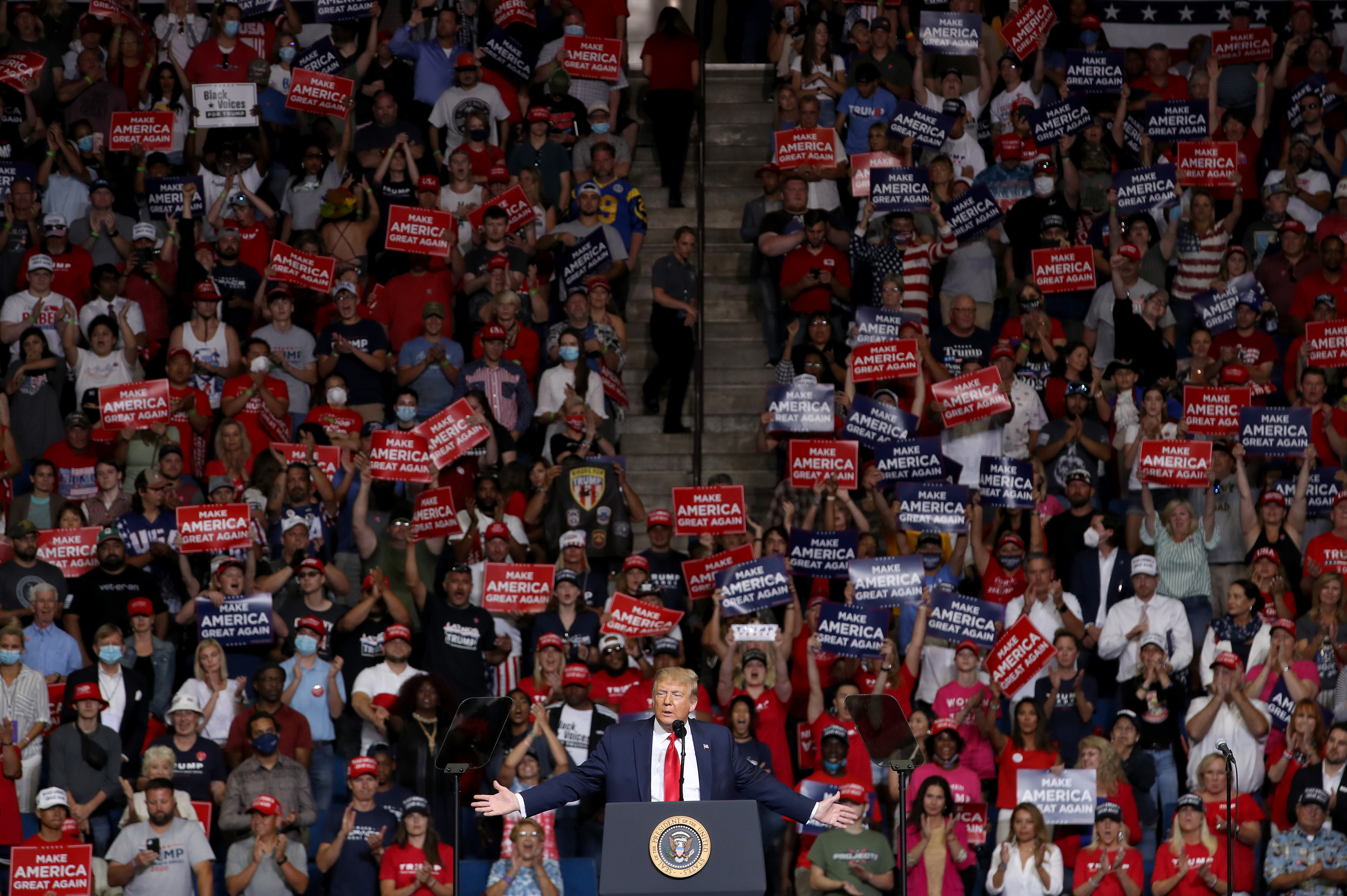 TULSA, OKLAHOMA – JUNE 20: U.S. President Donald Trump speaks at a campaign rally at the BOK Center, June 20, 2020 in Tulsa, Oklahoma. Trump is holding his first political rally since the start of the coronavirus pandemic at the BOK Center today while infection rates in the state of Oklahoma continue to rise. (Photo by Win McNamee/Getty Images)

The Caller asked, if he indeed isn’t currently planning on intervening, why continue with the tweets and statements indicating he would do so.

“Well, because we can do it anytime we want,” Trump answered. “But when I watch, it’s showing how bad that city system of government is because they’re all leftist Democrats running all these places that have these problems.”

“Seattle’s a disaster,” he continued. “Minneapolis has been a disaster, and you know if I didn’t strongly tell them, ‘get the National Guard in there,’ Minneapolis would still be under siege.”

Again, Trump suggested Inslee “should be able to take care of it very easily, but he’s a radical left too.”

“The amazing thing is though that, think of it, they allow it to happen, and they’re actually considering ‘‘isn’t it a wonderful thing?’ I watched last night where store owners, their stores have been taken away, their livelihood has been destroyed.”