The multiple investigations of the U.S. government’s intelligence-gathering activities against the Trump campaign have typically focused on the actions of the same small group of former officials: James Comey, Andrew McCabe, Peter Strzok, Lisa Page, John Brennan, James Clapper and a few others.

But just as significant to the efforts to get to the bottom of the government’s Trump-related surveillance are a handful of current and former FBI and Justice Department employees whose names are not as well known to the public.

The investigations occur against the backdrop of a probe that U.S. Attorney John Durham is leading into the origins of the Trump-Russia probe. Durham is reportedly investigated some of the information revealed in a Justice Department inspector general’s report that said the FBI made at least 17 “significant” errors and omissions in applications for Foreign Intelligence Surveillance Act (FISA) warrants against Carter Page.

Some of the FBI and DOJ employees discussed in the IG report are identified as pseudonyms. But the subpoenas from Senate Republicans provides clues as to who some of those FBI and Justice Department employees are.

The Daily Caller News Foundation has identified eight individuals on those lists who were key figures in the Trump-Russia probe.

Somma is reported to be an FBI counterintelligence agent referred to as “Case Agent 1” in the IG report.

The report said that “Case Agent 1” was “primarily responsible for some of the most significant errors and omissions” in the FBI’s applications for surveillance orders on Page.

Somma played a role in several key developments in the investigation. He opened the case file on Page, he first proposed surveillance on the Trump aide, and was the FBI handler for Stefan Halper, a longtime confidential human source who was tasked with meeting Page and George Papadopoulos.

The IG reported identified six areas where Somma withheld information from the investigation.

He failed to disclose exculpatory statements that Page and Papadopoulos made to Halper during secretly recorded conversations before the 2016 election. He also received information from the CIA in August 2016 that Page had a longstanding relationship with the spy agency. The IG report says that Somma did not divulge that information to others at the FBI.

Somma also withheld information that Steele’s source divulged in the January 2017 interview that undercut key allegations in the dossier. The FBI relied heavily on the document to obtain spy warrants against Page.

Laufman was the DOJ official who arranged a January 2017 interview with Steele’s primary source.

Somehow, Laufman and other meeting participants failed to disclose in the FISA applications that Steele’s source disavowed aspects of the dossier.

Laufman, who retired in 2018 and has become an outspoken critic of Trump and Barr, also played a key role in the investigation of Hillary Clinton’s private email server. He interviewed Clinton alongside Peter Strzok, who served as deputy chief of FBI counterintelligence.

Evans is one of the few government officials discussed in the IG report who raised concerns about the effort to surveil Page and the decision to rely on Steele to obtain FISAs.

Emails cited in the report show that Evans asked FBI agents to provide additional evidence to back up claims in the report.

Evans “placed a temporary hold” on the initial FISA application while his office evaluated information regarding Steele.

Evans’s reluctance was offset by eagerness by Peter Strzok and Lisa Page to obtain the FISA authorization.

“According to Evans, he raised on multiple occasions with the FBI, including with Strzok, Lisa Page, and later McCabe, whether seeking FISA authority targeting Carter Page was a good idea, even if the legal standard was met,” the IG report says. 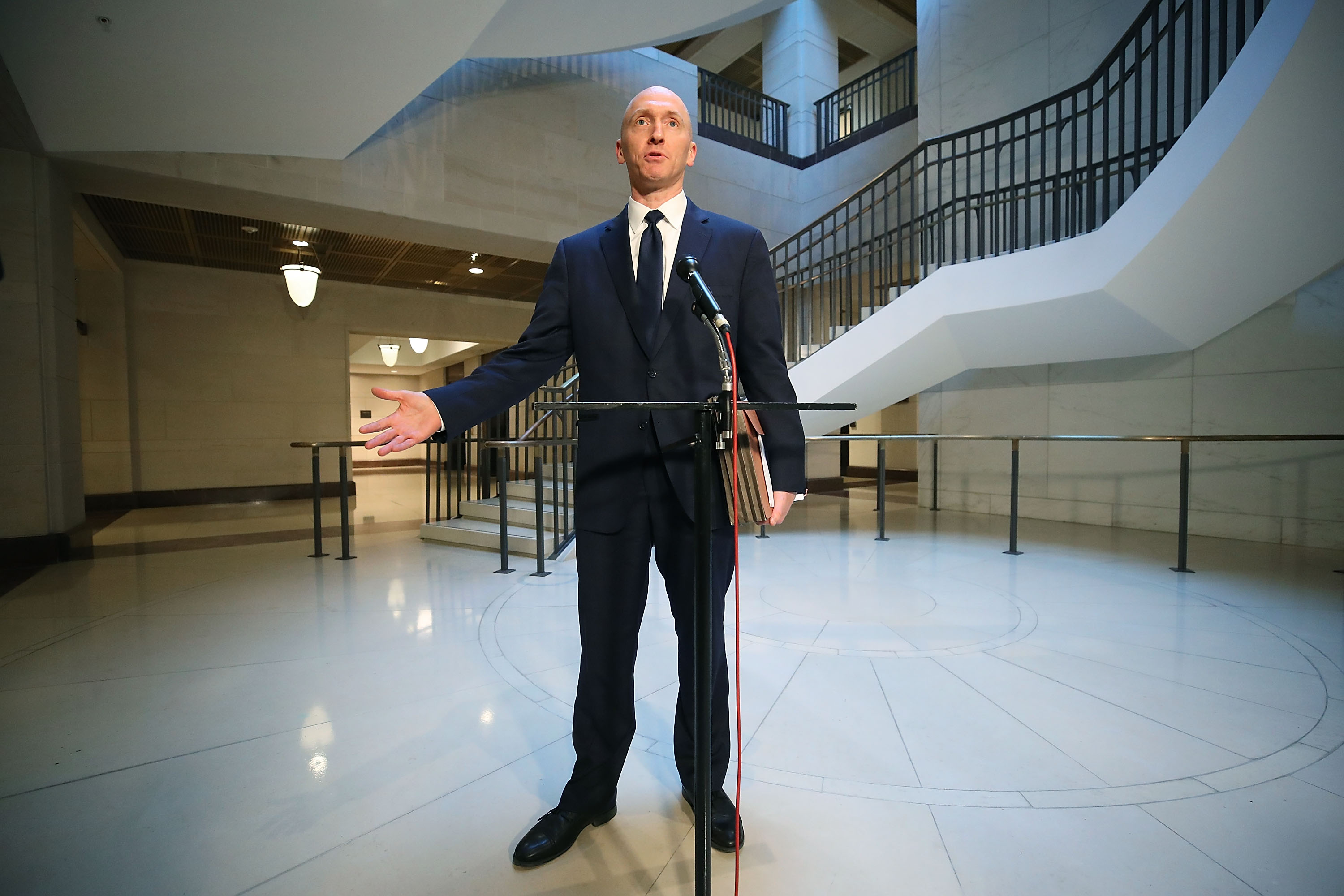 Evans said that he did not believe there was a compelling benefit to obtaining the warrant because Page was unlikely to put any incriminating information on email or in a telephone call.

Evans was not informed of several other red flags related to the dossier.

According to the IG report, Steele told FBI agents on Oct. 3, 2016 that he believed that a key sub-source for his dossier was a “boaster” and “egotist.”

Both of those interviews yielded information that called the dossier’s credibility into question, but none of the interview participants disclosed the information in FISA applications.

The IG report does not identify Auten by name as the FBI analyst, but the Senate Judiciary Committee included him on its list of potential witnesses. The DCNF reached out to Auten for comment, and the FBI responded to decline comment on his behalf.

The IG report does not identify Pientka by name, but it says that a Supervisory Special Agent — “SSA 1” — took part in a Jan. 24, 2017 interview with Michael Flynn.

Pientka conducted the interview alongside his colleague, Peter Strzok.

Pientka is also the FBI agent who the bureau sent into an Aug. 17, 2016 briefing for the Trump campaign related to Russia’s election meddling. The IG report said that Pientka was sent into the briefing in order to gauge Flynn’s demeanor. Days earlier, the FBI added Flynn to the list of Trump associates who were targets of Crossfire Hurricane.

The IG report also said that SSA 1 supervised the Carter Page investigation and signed an authorization to submit the initial FISA warrant against the Trump aide.

Pientka was also responsible for confirming the completion of a document known as a Woods File, “and for double checking the factual accuracy review to confirm that the file contained appropriate documentation for each of the factual assertions in the FISA application.”

The IG said that the Woods File was “inaccurate, incomplete or unsupported by appropriate documentation,” raising questions about how thoroughly Pientka reviewed the evidence.

Moffa managed the Crossfire Hurricane probe alongside Peter Strzok, the deputy chief of counterintelligence. The pair also worked closely on the FBI’s investigation of Hillary Clinton’s use of a private email server.

According to the IG report, the analysts on the Crossfire Hurricane team reported up to Moffa.

The report also says that Moffa described Steele as “reliable” in a December 2016 email even though the FBI had closed him out as a confidential source and the FBI had information that called his credibility into question.

Sean Newell, deputy chief of counterintelligence and export control at the Justice Department.

Newell may have been the assistant to Laufman who took part in the January 2017 interview with Steele’s source. The IG report said that a deputy to Laufman conducted the second half of the interview with the Steele source.

The IG report says that an FBI lawyer identified as Clinesmith altered an email in June 2017 to say that Carter Page was “not a source” for the CIA. Page had been an “operational contact” for the spy agency until at least 2013.

Clinesmith also played a key role in several aspects of Crossfire Hurricane. He was also an attorney on the special counsel’s investigation.

He took part in a February 2017 interview with George Papadopoulos.

A previous IG report about the FBI’s investigation of Hillary Clinton cited anti-Trump text messages that Clinesmith sent after the 2016 election. Clinesmith wrote “Vive [sic] le Resistance!” in one message.