“Joe Biden looks forward to facing Donald Trump in a multi-debate series that the American people have come to expect from their leaders; we hope that President Trump would not break that tradition or make excuses for a refusal to participate,” Biden campaign manager Jen O’Malley Dillon wrote in a letter to the nonpartisan Commission on Presidential Debates, the Washington Post first reported. 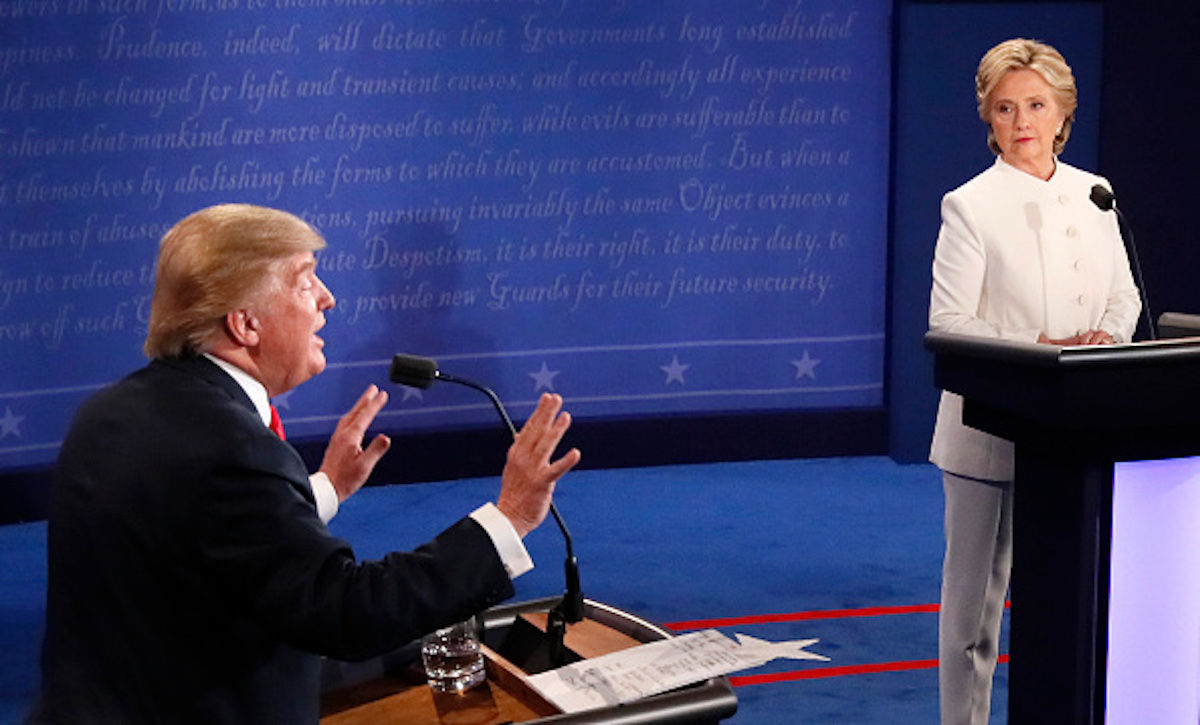 Then Republican nominee Donald Trump gestures as Democratic nominee Hillary Clinton looks on during the final presidential debate at the Thomas & Mack Center on the campus of the University of Las Vegas in Las Vegas, Nevada on October 19, 2016. (Photo credit: MARK RALSTON/AFP via Getty Images)

The letter comes after Trump’s campaign requested four live debates against Biden, the New York Times reported Friday. The four debates would be one more debate than nominees of both parties usually have before the general election. However, the Biden campaign has only committed to the three. (RELATED: REPORT: Trump Campaign Pushing For 4 Live Debates Against Joe Biden)

“No one should be fooled: the Trump campaign’s new position is a debate distraction,” O’Malley Dillon continued in her letter. “The Trump position seems to be saying that he will debate if he can pick the moderators: clearly the President, who largely conducts interviews only with favorable news outlets, is afraid of facing questions from a neutral moderator. The Trump campaign proposal for elaborate negotiations is merely an effort to dodge fair, even-handed debates.”

Trump campaign manager Brad Parscale said in a Friday statement: “We want fair debates. We want them sooner and we want a bigger schedule. We also don’t want them up against football games competing for viewers. As many Americans as possible need to see the stark differences between the accomplishments and leadership of President Trump and the failed record and sleepiness of Joe Biden.”