The conversation covered a variety of issues, including China, coronavirus, racial inequality, the 2020 election and big tech censorship. You can read the highlights below: 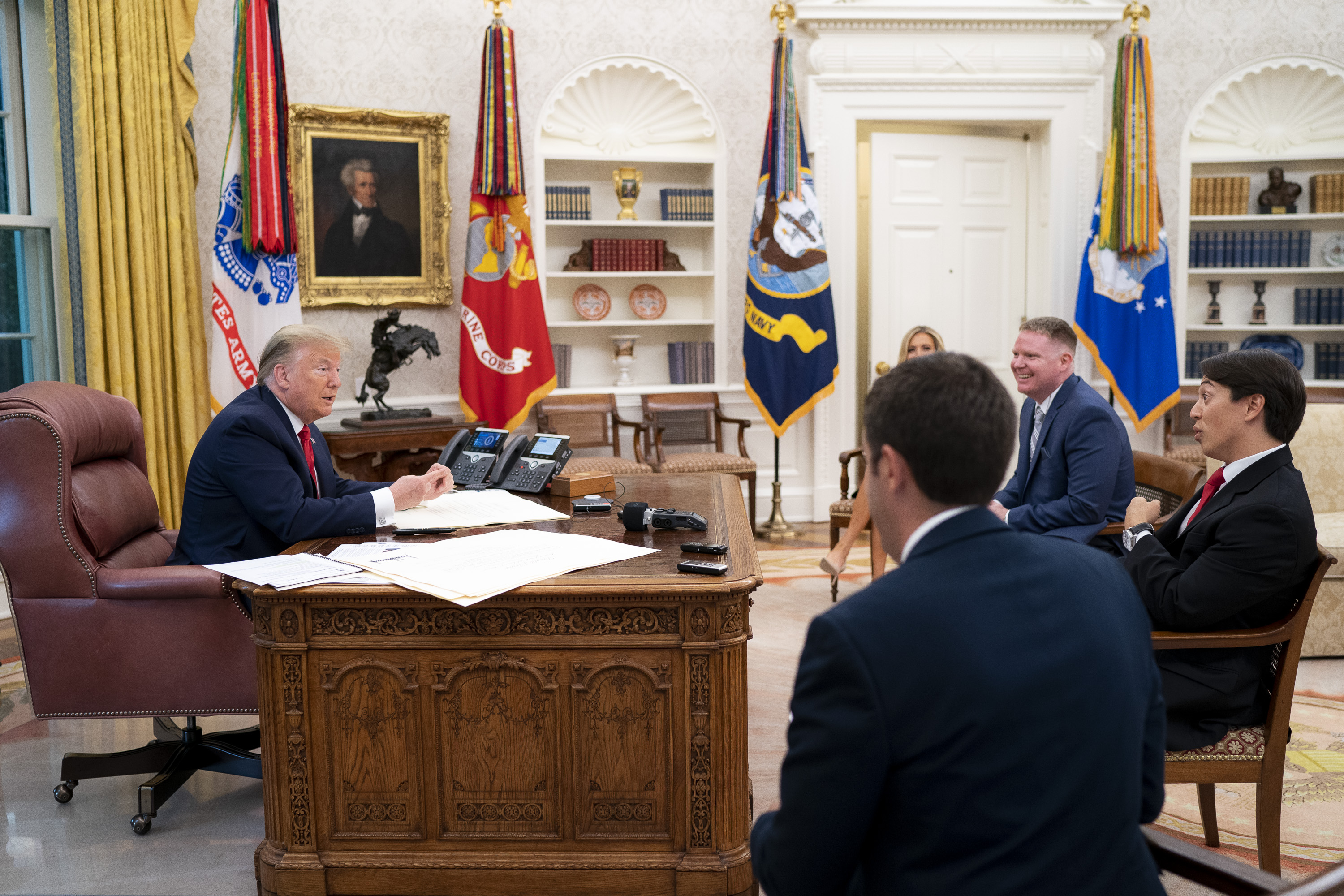 The president recounted two specific conversations he had with his former National Security Adviser that convinced him Bolton was a “dumb maniac who wants to go to war with anybody that can breathe.”

The first conversation occurred shortly after Bolton’s May 2018 appearance on CBS’ “Face The Nation,” during which Bolton floated using the “Libyan model” on North Korean Leader Kim Jong Un.

The second centered around Bolton’s support for the Iraq War.

Trump heaped praise on the former acting Director of National Intelligence, who took a step back in terms of his responsibilities after John Ratcliffe was confirmed back in May.

Grenell, who had been pulling double duty as DNI and the U.S. Ambassador to Germany, is still serving as the president’s special envoy to Serbia and Kosovo, but the president flat out stated he wanted him back in a cabinet-level position.

The George Floyd protests represented a boiling point in the country in terms of race relations, and the president expressed concern that no matter what he does, he won’t receive credit for trying to help the black community. He recently signed a police reform executive order and frequently touts his work on criminal justice reform, and he told us that alone should make his approval ratings hit “100 percent.”

In turn, we asked him directly, why not do more to right these racial injustices? Why not invite Black Lives Matter leaders to be a part of the administration’s conversations on race? Why not direct Congress to pass legislation making Juneteenth a federal holiday?

Going to bat for conservative companies and websites

Trump accused the boycotters of playing “a much dirtier game” but he criticized conservatives for not employing similar tactics. He said he empathizes with the companies facing the boycotts because “reporters from The Washington Post” and others often “harass” people that plan events at his facilities.

Ultimately, he vowed to personally “get involved” in criminalizing the act.

We pushed the president to list some potential second term initiatives. After Trump reflected on another push to end the Deferred Action for Childhood Arrivals (DACA) program the completion of his southern border wall, the conversation turned to big tech.

Trump signaled support for modernizing anti-trust laws, especially for how they apply to internet-based companies, but suggested the act could have negative blowback on normal people who own stock in those companies.

China and India are currently locked in their deadliest border dispute on the past 50 years.

As the bodies stack up on both sides, Trump told us he’d spoken to both Chinese President Xi Jinping and Indian Prime Minister Narendra Modi about serving as a “mediator” in the conflict.

What will it take for the U.S. to become directly involved?

It’s no secret that nursing home deaths make up over 40 percent of all coronavirus fatalities across the nation’s various hotspots.

Certain governors, like California’s Gavin Newsom and Florida’s Ron DeSantis, moved quickly to protect vulnerable populations. Others, like Andrew Cuomo in New York, did the opposite. We asked the president to assess moves from those governors, and his answers were grim.

Could the deaths have been avoided?

We asked POTUS what counsel Attorney General Bill Barr had given him in terms of actually moving to retake the Capitol Hill Autonomous Zone, and his answer caught us totally off guard.