The Daily Caller has obtained a letter sent Friday by retired Army Brigadier Gen. Anthony Tata to members of the Senate Armed Services Committee that apologized for past, inflammatory tweets about former President Barack Obama.

Tata, President Donald Trump’s nominee to be the under secretary of defense for domestic policy, came under fire after CNN reported on the tweets, which included statements calling Obama a “terrorist leader.” He also said in a radio interview that Obama had “Islamic roots.” Armed Services Chairman James Inhofe and ranking member Jack Reed both said that they were considering Tata’s statements ahead of potential confirmation proceedings. 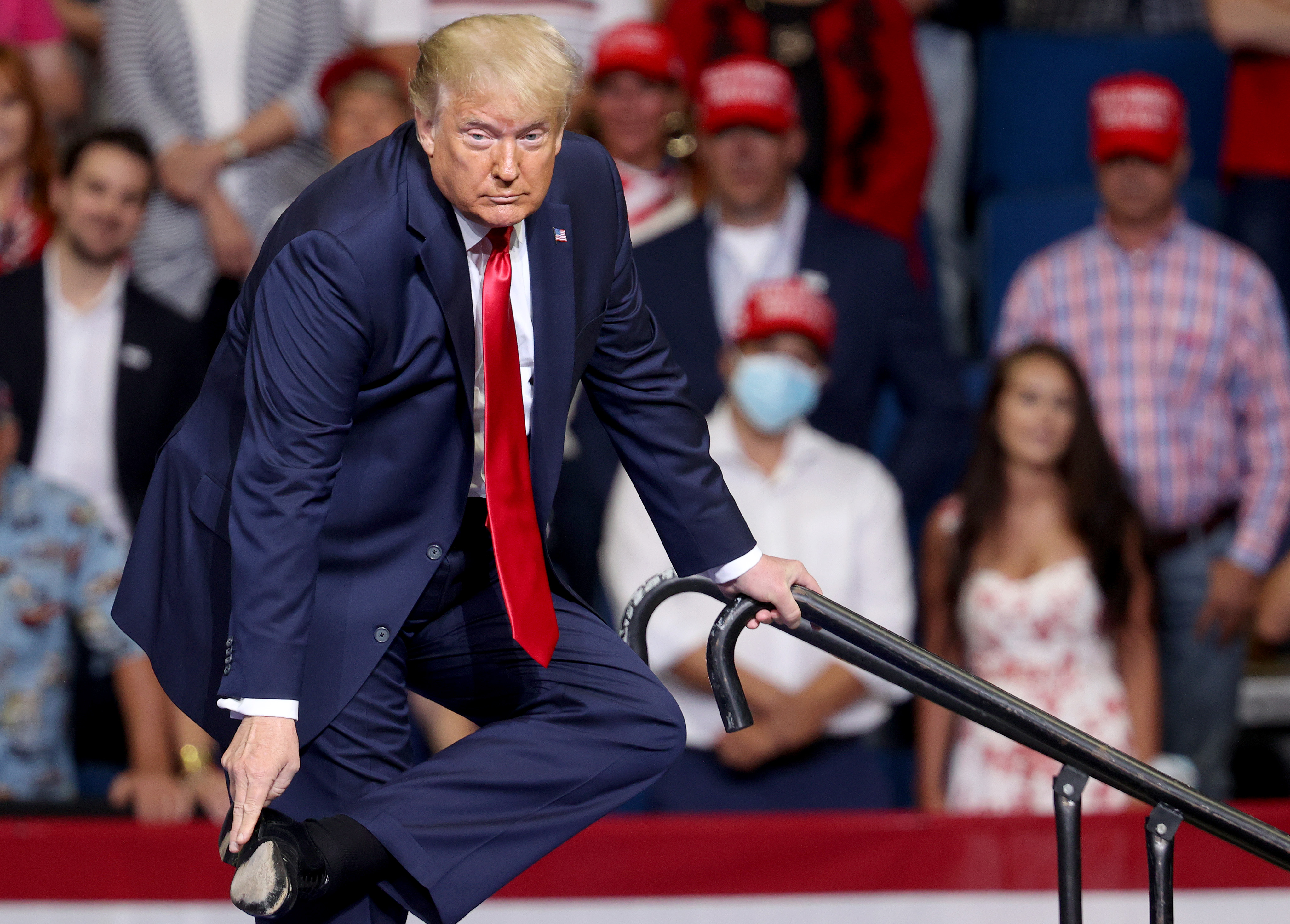 TULSA, OKLAHOMA – JUNE 20: U.S. President Donald Trump points to his shoe as he speaks at a campaign rally at the BOK Center, June 20, 2020 in Tulsa, Oklahoma. Trump is holding his first political rally since the start of the coronavirus pandemic at the BOK Center today while infection rates in the state of Oklahoma continue to rise. (Photo by Win McNamee/Getty Images)

“It is with disappointment that I am writing to you today about past remarks I made, which have been described in recent media reports. I had hoped to meet in person to discuss my public service and record and sincerely hope to have the opportunity to do that soon. In the meantime, please accept this sincere outreach,” Tata’s letter to Inhofe and Reed states. “I deeply regret comments that I made on social media several years ago. My tweets were completely out of character, something many of my former colleagues and friends know.”

“I understand that it was unprofessional to have discussed our former commander in chief in the fashion I did,” he continued. “My regret, however, has nothing to do with my nomination for Undersecretary of Defense of Policy. Rather, I have a lifetime of public service leadership and a cadre of soldiers, sailors, airmen, marines, and civilian mentors and protégés whom I disappointed with those comments.” (RELATED: Chairman Of The Joint Chiefs Mark Milley: ‘It Was A Mistake’ To Take Part In Trump’s Lafayette Square Photo-Op)

“An Islamophobic conspiracy theorist who called President Obama a ‘terrorist leader’ should not be #3 at the Pentagon,'” Massachusetts Sen. Elizabeth Warren additionally told CNN. “Anthony Tata is by far Trump’s most unqualified & ill-suited senior defense nominee — a high bar.”

Tata’s Friday apology closed by stating that “there is no excuse” for making the statements, and framed them as an “aberration in a four-decade thread of faithful public service.” Tata maintained that he “[values] all religions and faiths.”

“Serving is my passion, my life’s work and I hope to continue down this path,” the letter concludes. “I can guarantee that if given the opportunity to meet and discuss these important issues, I will demonstrate to you my strength of character and commitment to sound public policy that has driven my desire to enhance our national and domestic security and make a difference for all races, religions, and ethnicities.”

White House deputy press secretary Judd Deere told the Daily Caller on Monday that Tata “is a distinguished public servant whose career has provided him with planning, policy, and operational experience both at home and abroad.”

Deere called on the Senate to move forward with the confirmation process.